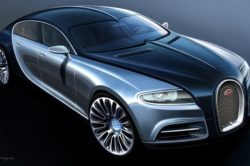 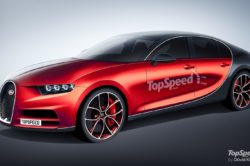 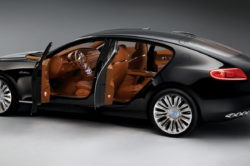 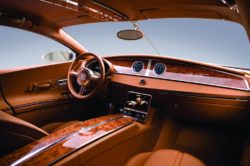 Bugatti was bought by Volkswagen back in 1998 and since then they managed to get back in the game with the Veyron and later the Chiron. The two managed to get the title of the fastest production car in the world and it seems Bugatti may not stop. Back in 2009 they revealed the 16C Galibier concept, a 5-door fastback meant to become one of the most luxurious cars in the world while also being the fastest on the market. Unfortunately the plans were scrapped when the monetary crisis started a short while after the release of the concept. However, it now seems the car may actually go into production as the 2023 Bugatti Galibier. At this point there is still very little information about it but even so, it seems the car would allow Bugatti to get ahead of some of their rivals with it. This would not only give their customers a choice but the practicality of a sedan would likely mean considerably more customers than otherwise.

The platform of the Galibier is still unknown. The concept was likely based on the same chassis as the Audi A8 of its time. It seems this might not be the case with the production vehicle. Some suggested the car would be based on a Porsche-developed platform, similar to that of the Panamera.

However, the Bugatti would be longer, wider and it would also boast a longer wheelbase. Thanks to the heavy use of aluminum and carbon fiber it should not be that much heavier than the Porsche. However, with the heavier engine and the much more luxurious interior, the Galibier could tip the scale at north of 5,500 pounds which would still be fine considering it would be a luxury car.

The concept looked like a four-door Veyron and it seems the 2023 Bugatti Galibier might follow the same trend. Most rumors suggest the car is going to be based on the design of the Chiron. This means that the highly expressive front end with the 4-LED cluster headlights, Bugatti’s trademark grille as well as the really curvy design might all be used on the production Galibier.

The profile of the car is expected to be that of a shooting brake instead of a sedan. Expect it to incorporate design cues from the Chiron such as the clam shell design of the car’s rear quarters or the LED strip on the back that would dub as the car’s tail lights. The Galibier would be quite a bit longer than the Chiron and also taller. This would allow it to offer a good amount of space inside without compromising the really unique proportions.

So far all of Bugatti’s cars have been using a really minimalist-looking interior offering only the most impressive materials available on the market. This should also be the case with the 2023 Bugatti Galibier. Even though the car is still years away from release, it seems the dashboard might be quite similar to that of the Chiron. This would give it a timeless design which is really what it matters with cars that will cost north of $1.0 million.

The car is expected to feature four individual seats while the dashboard will likely boast an analogue dial flanked by two digital clusters thus giving the driver all the information he needs. Aluminum, wood or leather will be the materials of choice. Carbon fiber is actually expected to not be offered as it isn’t all that great to the touch.

The concept was powered by a twin-supercharged W16 engine boasting north of 1,000 horsepower. It looks like the 2023 Bugatti Galibier might actually be a hybrid in order to meet the latest emissions regulations. The car is still expected to get the 8.0 liter W16 engine from the Chiron. However, this will likely feature just two turbochargers as well as an electric supercharging system.

The car will boast an automatic gearbox which will drive all four wheels as standard. The gearbox itself is expected to integrated an electric assist motor which will power a set of batteries. This will allow the car to coast in all-electric mode and it will also power its electric supercharging system. The entire powertrain is expected to offer in excess of 1,000 horsepower, making it the most powerful four-door car in the world.

McLaren is planning to release 15 new cars by 2023. It seems that they are working hard on future hybrid …