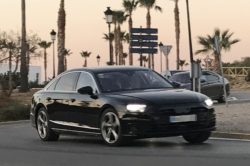 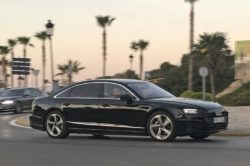 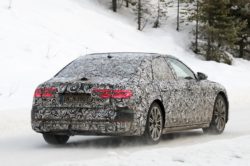 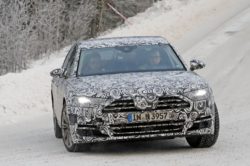 Ahead of the new 2018 Audi A8’s launch we have started to receive more and more details about the production vehicle. On top of that Audi decided to release a video showcasing most of the A8’s design but more on that later. This is set to replace the current model which is based on an aging platform. The new car will be built on VW’s MLB Evo platform but they will make some changes over it. For starters, the new car will get a 20% heavier body than that of its predecessor. The rigidity will also be increased by around %25 while the car’s center of gravity will decrease. Despite the weight increase, the entire car will weigh less than the ongoing model. This is set to be achieved with lighter materials used throughout the car.

The price hasn’t been revealed but it is safe to assume it won’t change much over the current model. The car is set to be released next month but it will actually debut in the new Spiderman movie a week before its official release date. 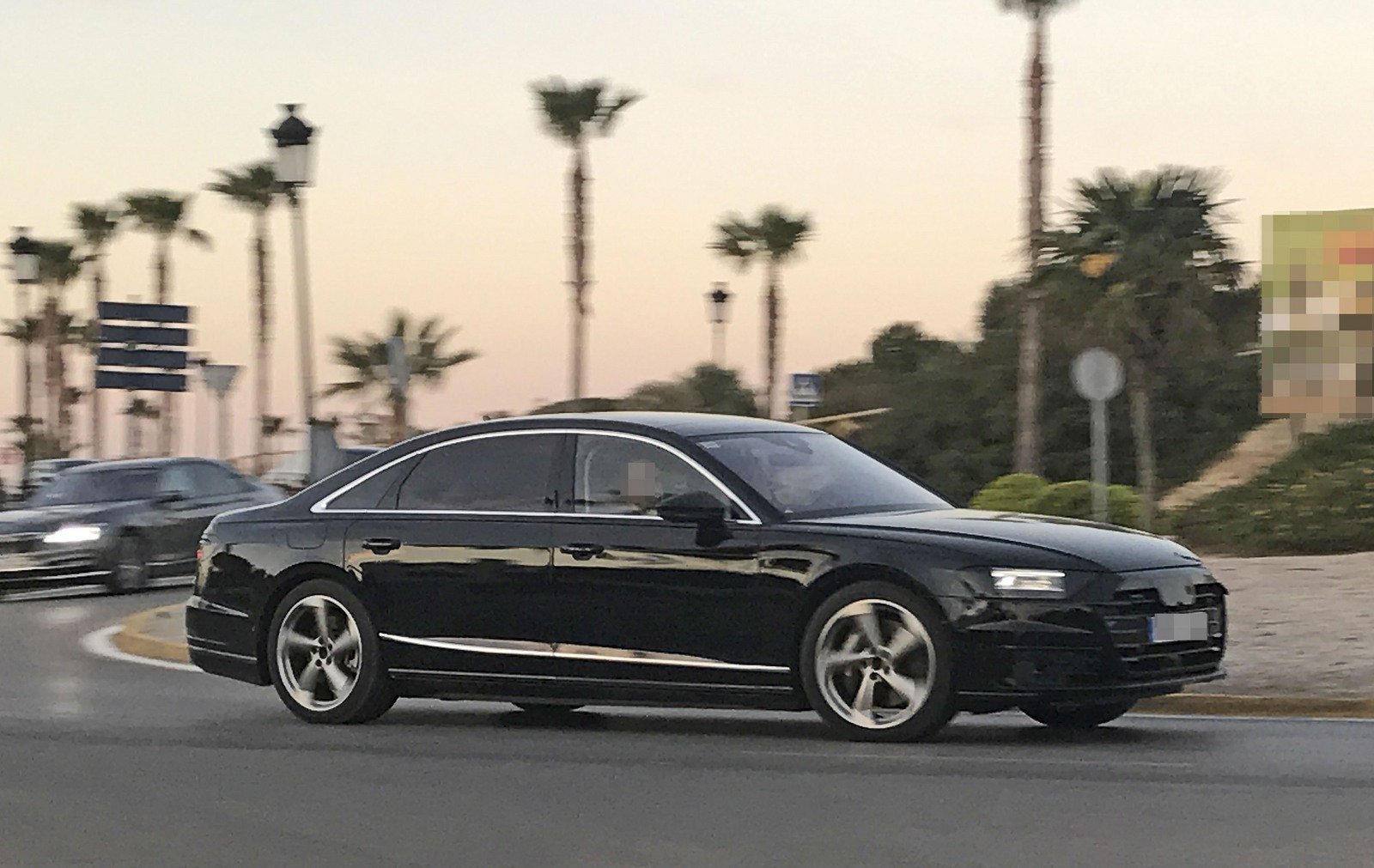 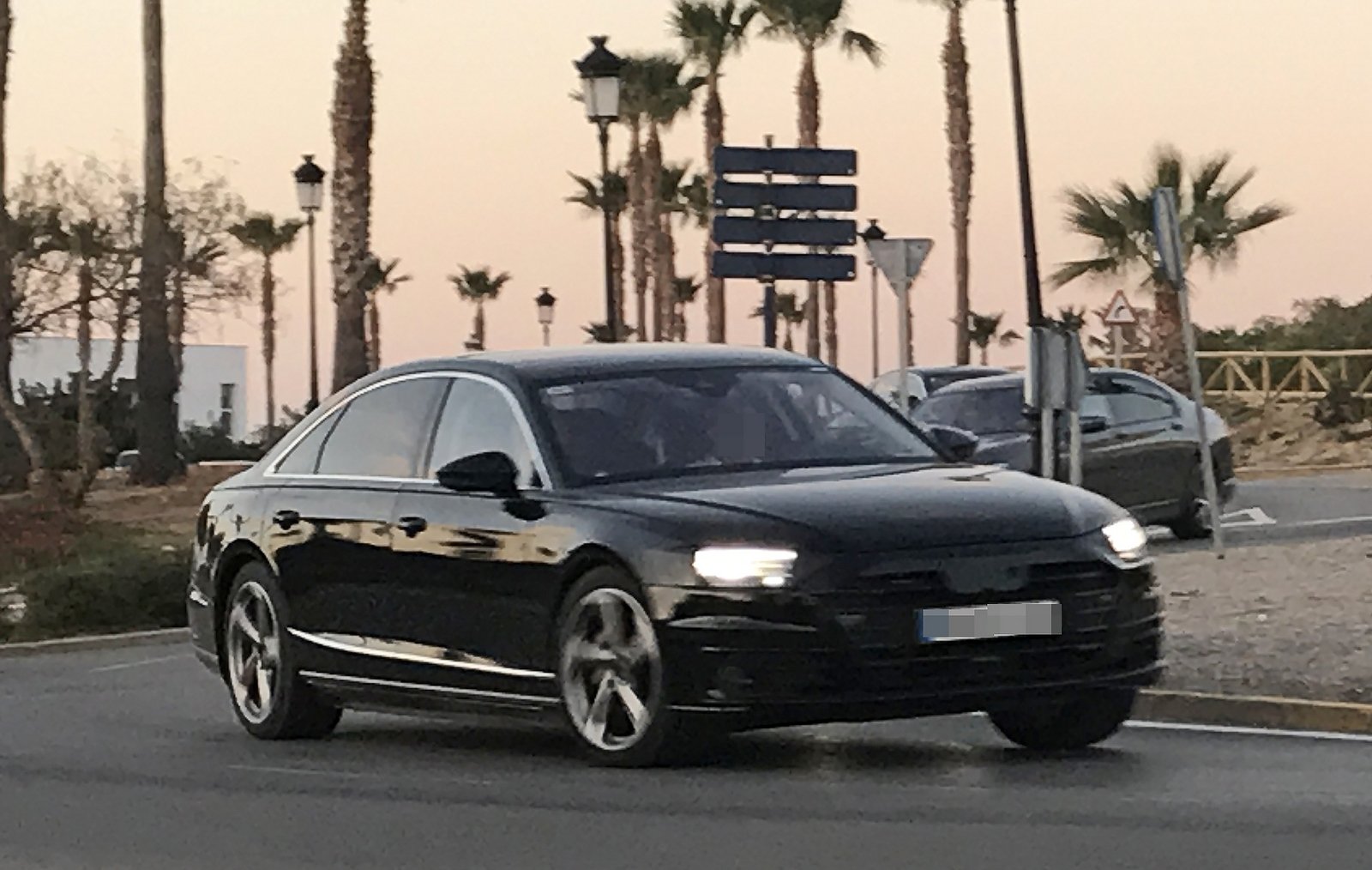 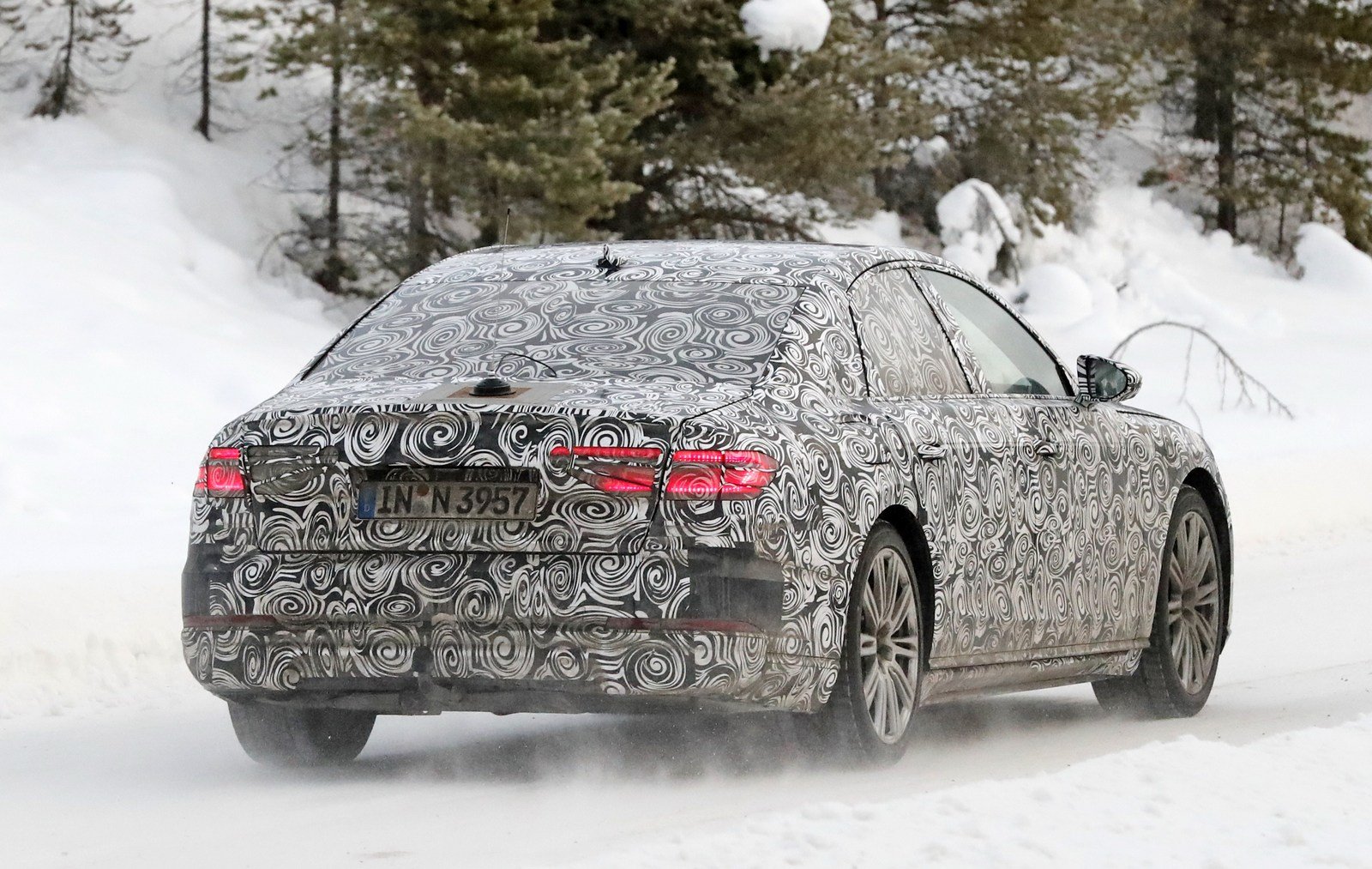 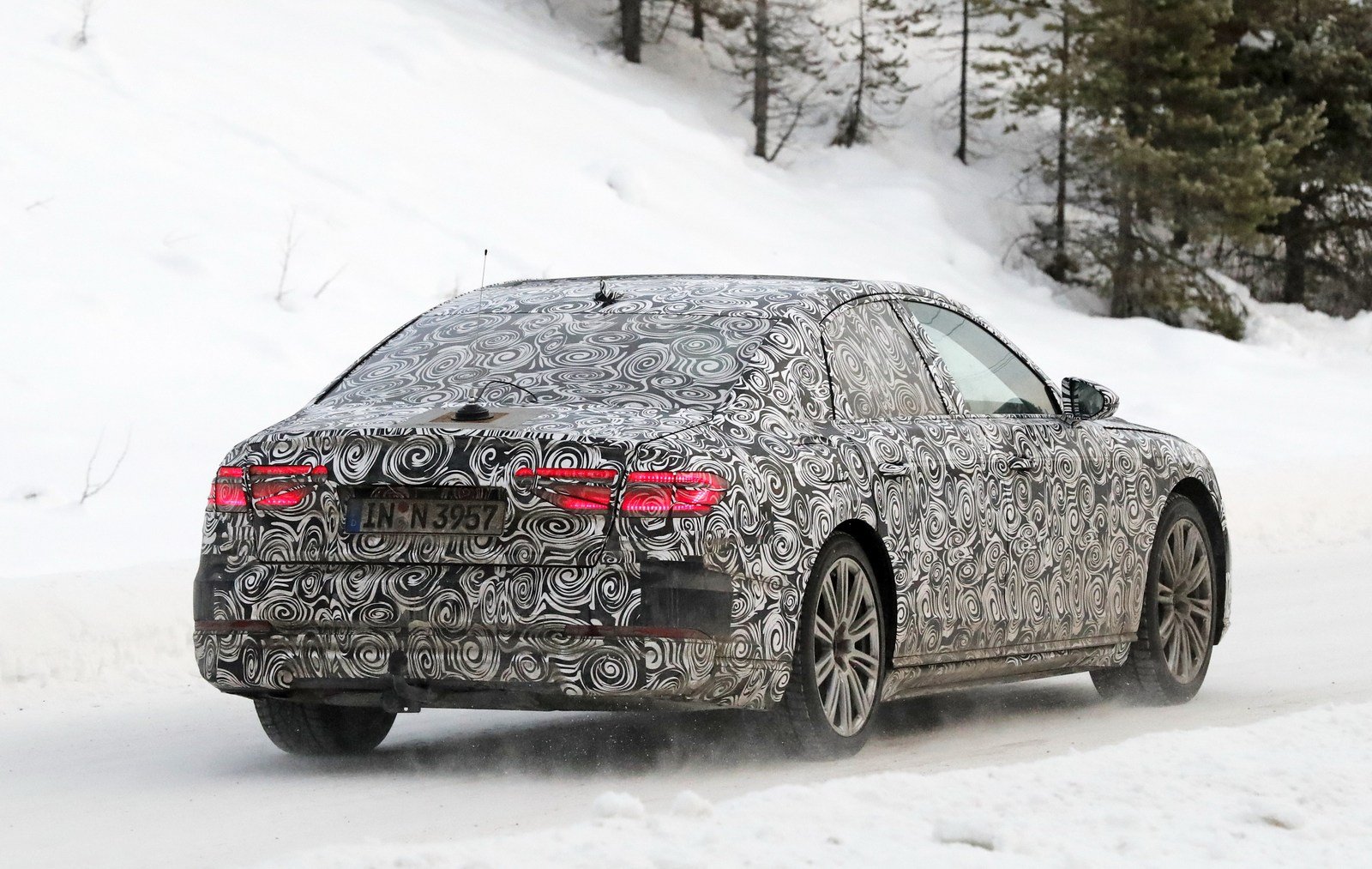 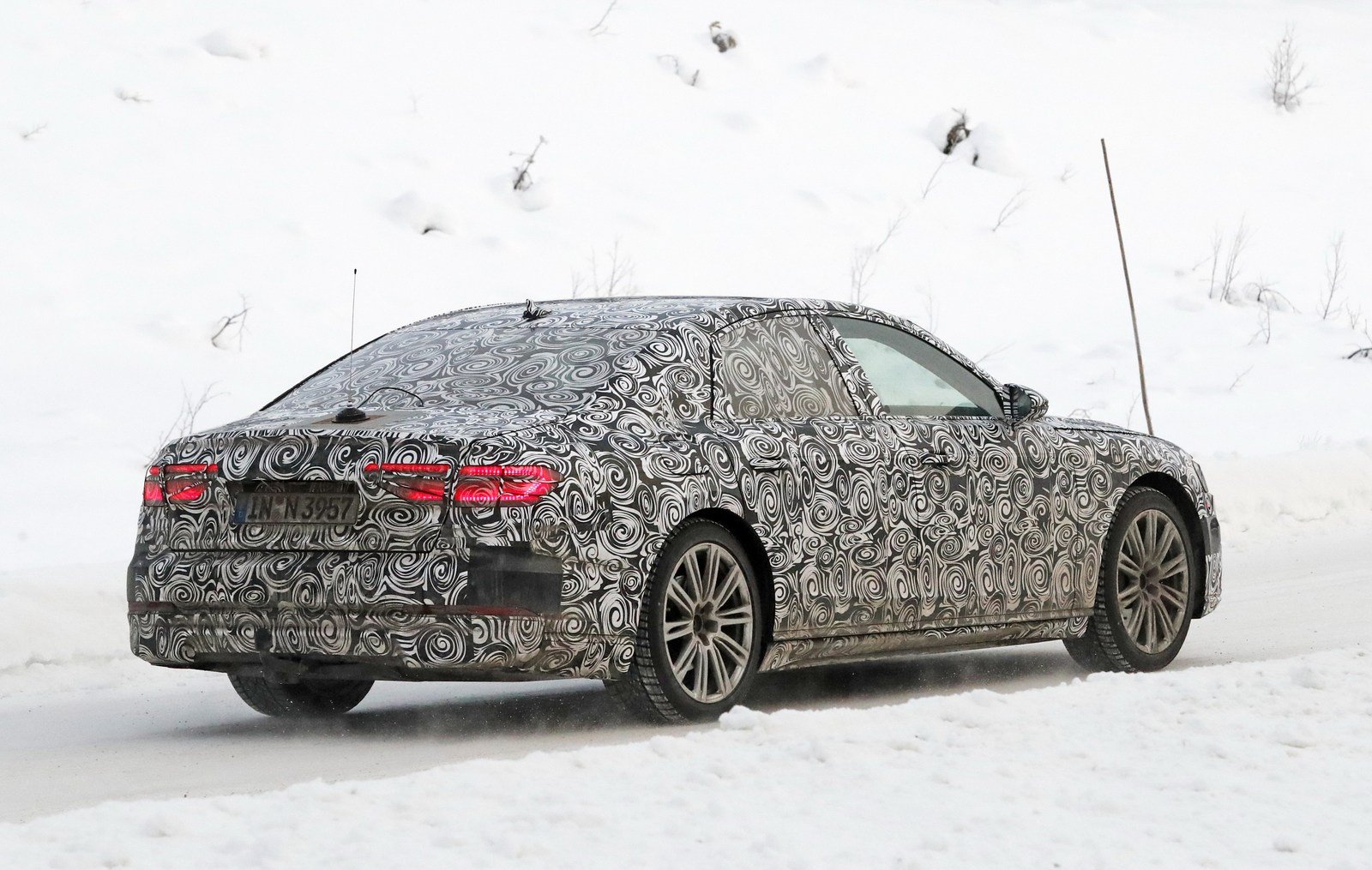 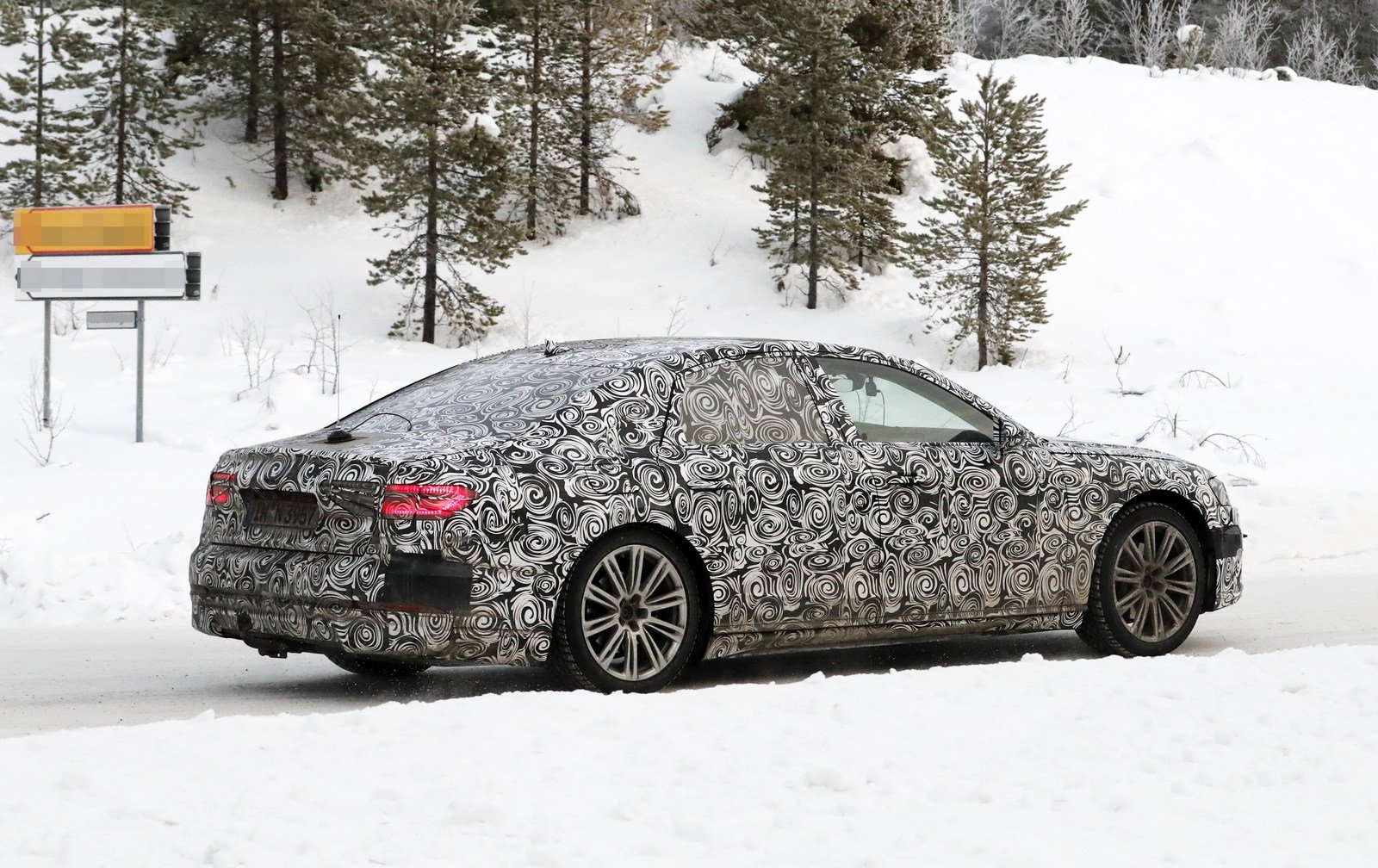 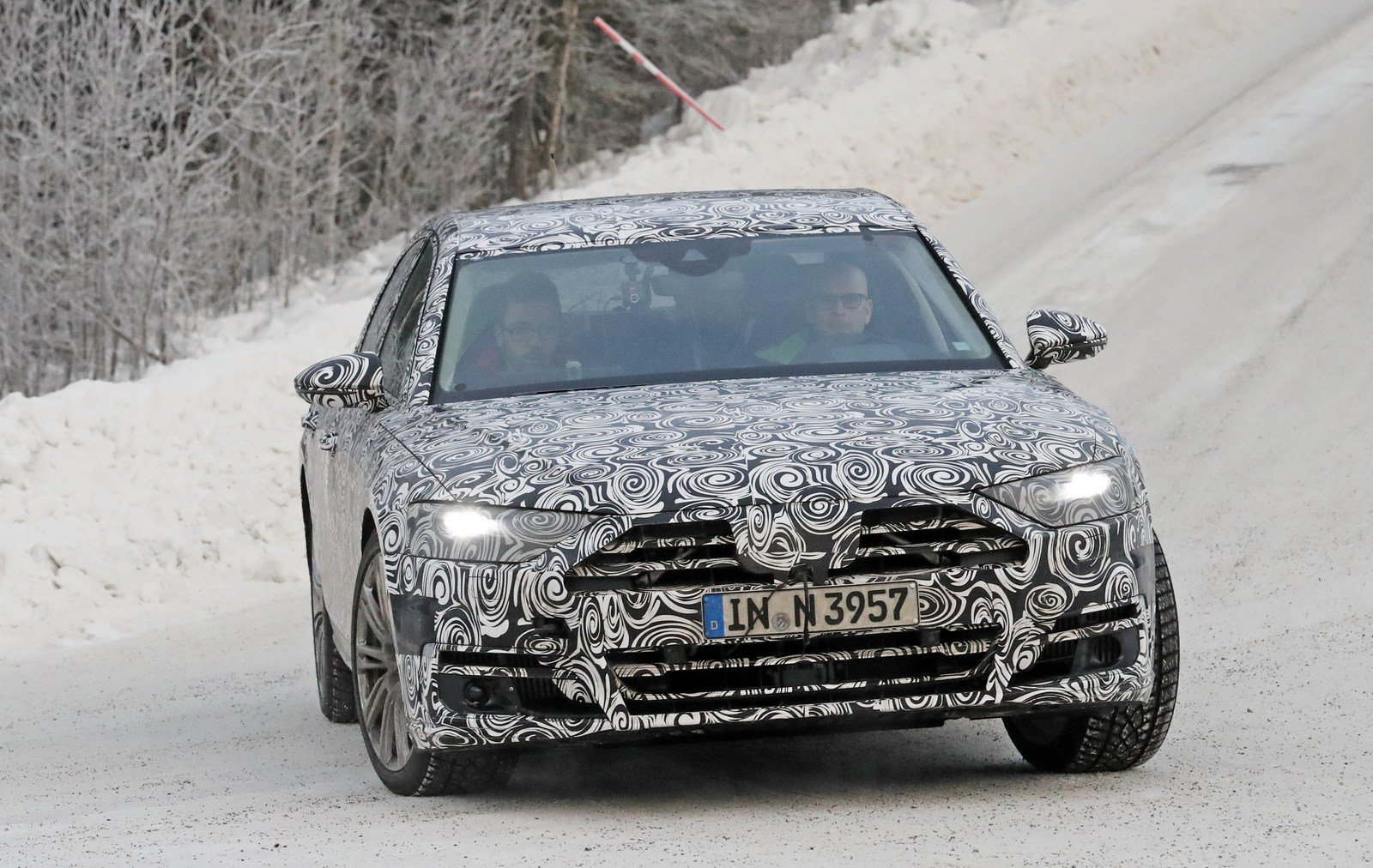 From the new promotional video it is quite clear the look of the 2018 Audi A8 is heavily based on the Prologue concept released a couple of years back. In the front the car gets the same hexagonal grille and slim headlights as the concept. Over its predecessor the car seems to be both wider and lower.

However, it seems just as long and the wheelbase doesn’t seem to have changed much. The back also gets a rather interesting piece of design. Instead of individual tail lights these have been joined by a long LED strip that runs across the car’s width. This design has been seen before on the Quattro concepts.

2018 Audi A8 Interior and technology

The look of the car’s cabin hasn’t been revealed to the general public, at least for now. Despite that it is safe to assume Audi will continue with the minimalist design found in their newest cars. Expect it to receive a fully digital instrument cluster, likely a large infotainment screen on the center stack as well as a minimal amount of buttons. The car will boast more passenger space than before thanks to the new platform but it might feature less trunk space. The most awaited feature of the car is its fully autonomous mode. In fact the A8 will become the first Level 3 autonomous vehicle being able to fully drive itself at speeds of up to 37 MPH. This will also work at higher speeds where the driver will have to engage in driving.

It has been confirmed that the 2018 Audi A8 will also come with a hybrid system. So far it seems this will be available on the car equipped with the 3.0 liter turbocharged V6 engine. The system will be comprised out of a liquid cooled electric motor/generator and a large battery pack mounted under the trunk’s floor. So far it seems this will be mostly used as a start/stop system. However, it will also be able to give the car more power or even allow the internal combustion engine to fully shut down at speeds of up to 90 MPH.

The fuel efficiency gains haven’t been released but we can expect a good improvement over the regular gas-powered car. Other engines will include at least a diesel, for the European market, as well as a 4.0 liter twin-turbocharged V8. The latter will be used on the S8 where it is expected to make in excess of 600 horsepower. All cars will come with an automatic gearbox, likely an 8 speed dual-clutch, and Audi’s “quattro” all wheel drive system.