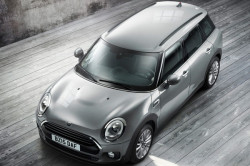 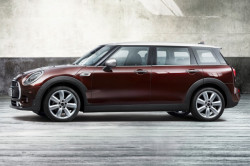 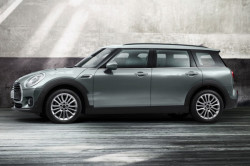 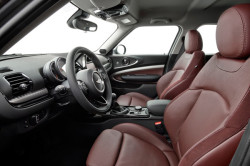 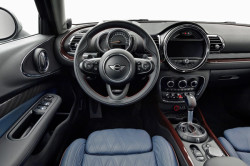 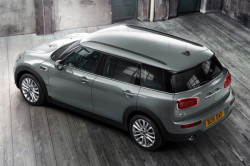 2016 MINI Clubman shouldn’t be that different than its siblings in terms of powertrains. Base models will be moved by 1.5L TwinPower turbocharged 3-cylinder engine which develops 134 hp and 162 lb-ft of torque, while Clubman S grade demands 2.0L turbocharged 4-cylinder with as much as 189 hp and 206 lb-ft of torque.

Even stronger, John Cooper Works edition should be released later on, and it should be able to squeeze around 228 hp and 236 lb-ft of torque out of mentioned 2.0L turbo four. 6-speed automatic or 6-speed manual; it really depends on your driving style. However, all models will be strictly front-wheel driven (even though Clubman’s platform allows all-wheel drive).

In terms of length, 2016 MINI Clubman is almost 15 inches longer than regular Cooper, and almost 5 inches wider. Needless to say, it is also taller, but only for some, one and a half inches. Apart from being evidently longer, Clubman doesn’t stray too far away from already threaded path. It is still a MINI in its true form.

Frontal fascia remains the same and keeps circular headlamps. Even rear end is more or less the same, but midsection displays all of the changes. Concept’s suicide doors likely won’t cut it, but two-piece tailgate just might. After all, such a special MINI deserves a 6-door setup; wouldn’t you agree?

Interior remains as it is – packed. However, Clubman is supposed to offer much more room, especially around the back. Still, you’ll get to choose which package you want and plan accordingly. This means that 2016 MINI Clubman will offer everything from cloth to all kinds of leather upholsteries.

Even dashboard is supposed to be covered in black Nappa leather. Speaking of the dash, it is as unconventional as always. Plethora of circular motions remain, and if you decide to go with $750 Media package, you’ll get a 6.5-inch touch screen display in the middle.

Add $1,000 more for Wired package, and you’ll even get navigation. Safety systems don’t come in abundance and have to be paid separately as well. You do, however, have the chance to get parking sensors and a rearview camera.

Thanks to the new, 3-cylinder engine, MINI is quite fuel-efficient. It is rated at 29 mpg in the city and 40 mpg on the highway with manual gearbox. 4-cylinder turbo engine lowers the ratings to 24/34 mpg, while automatic gearbox, this time, raises the bar to 26/33 mpg.

2016 MINI Clubman will be a fine option for cargo hauling. It will be the biggest MINI, after all. Apart from that, it should still manage to deliver both in fuel economy, and interior refinement departments.