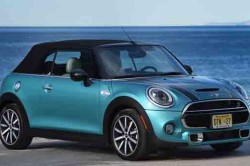 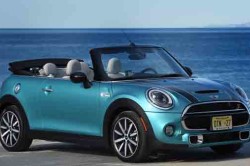 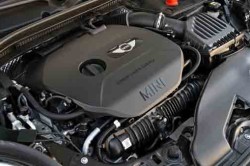 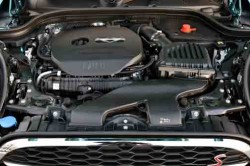 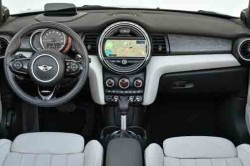 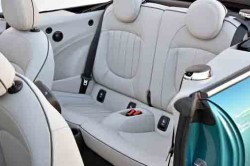 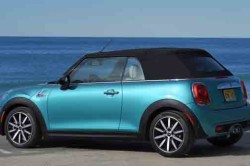 MINI’s lineup has been considerably expanded over the last few years, and it still continues to do so. 2016 MINI Cooper S cabrio is only one of available Coopers which, unlike hardtop models, only comes in 3-door variant. Still, there’s enough space for four, but expect all three passengers to “call shotgun” for obvious reasons.

Right now, most of Cooper’s lineup, including convertibles, includes extravagant John Cooper Works models which pack the most heat under their hood.

Just a few months ago, however, most impressive cabrio was Cooper S. It still packs much more power than regular models and costs considerably less than JCW versions, which makes it a safe choice, no matter what you need.

2016 MINI Cooper S cabrio offers 2.0L turbocharged 4-cylinder engine which generates 181 hp and around 200 lb-ft of torque; slightly less than hardtop models. It still, however, offers both 6-speed manual and automatic transmissions which have pros and cons of their own.

MINI cabrio can look even better than classic hardtop models. Not sure whether it’s because of lack of contrasting roof or its small 3-door frame. Frontal fascia features a solid mesh grille and inverted lower air intake . These are separated by bumper splitter which also separates circular foglights from considerably larger circular headlamps.

Hood gets a small scoop, surrounded by a dent from both sides. Still, it finishes on a high note thanks to flared fenders upon which, already mentioned headlights are mounted. All around the body, Cooper S cabrio gets a plastic side skirt which is most evident under both sets of wheel arches.

Finally, rear end doesn’t differ at all compared to hardtop models, but forget about cargo space out there as soft top roof takes the most of available volume for itself, when lowered.

Interior is the same as in any other Cooper. Overlapping hood gets a large, circular control panel, but without available touch screen unit. People down at MINI decided that 2016 MINI Cooper S cabrio would look at its best if offered in slightly retro packaging.

However, you can still order one as an option, and regardless of trim you choose, you can fully customize your MINI with abundance of interior colors and materials as well. Bear in mind, however, that top class leather upholstery and covers do cost a lot.

2016 MINI Cooper S cabrio manages to deliver fine fuel economy figures even despite its high-performance output. Small car is rated at 24/34 mpg with 6-speed manual gearbox, while automatic changes the figures to 26/33 mpg.

2016 MINI Cooper S cabrio is a good-looking city car with performance worthy of much larger vehicle. It is stylish and conservative at the same time, but if you have a heavy hand, it can become quite a pricey affair.

The QX60 is a stylish people carrier which has just been revised for the 2016 model year. The car now …