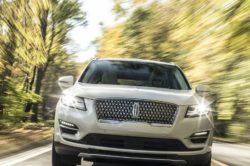 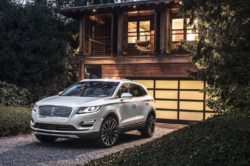 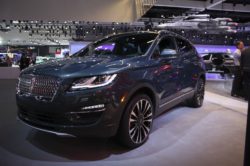 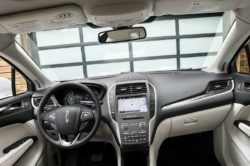 The MKC is a compact crossover which has been on sale for the past three years. So far the car managed to sell quite well mostly thanks to its great set of driving characteristics, comfortable interior and relatively powerful engines. Even though the model was still doing great, Lincoln decided to update it a short while ago. The end result is the 2019 Lincoln MKC which features a new design and slight changes under the skin. Even though the car is still basically the same as before, Lincoln hopes this will be enough to allow the MKC to become the best selling model in its class.

Just like with its predecessor, the new model still uses the same platform as the Escape. This means it isn’t exactly the most premium vehicle out there as its platform is relatively old and not that inspiring when it comes to driving characteristics. We do hope things will change in the near future but for now the MKC will have to compete with the well known drawbacks.

Luckily though, Lincoln decided to install a few more safety features as standard. The car now features things like pre-collision warning as well as pedestrian detection in the base trim level. As an option they will also offer things like active park assist, lane-keep assist as well as blind-spot monitoring. Unfortunately the adaptive cruise control system, which can be had as an option across the range, is not really all that great when compared to its rivals.

Even though they already revealed the 2019 Lincoln MKC a while ago, it looks like the car will not go on sale for at least a little longer. The new model should cost roughly the same as before, so it will start at around $34,000 and it will go up from there.

Likely one of the main reasons people bought the previous model was the way it looked. Even though its design was definitely polarizing, the car still managed to make quite a few people like it. The new 2019 Lincoln MKC on the other hand changed quite a bit. For starters, it received a new front end which is vastly different from that of its predecessor.

The car now looks more in line with the Continental with the one-piece grille, the new raked headlights which are slimmer and more aggressive than ever before. The car also boasts a new bumper, new wheels as well as a different set of available colors. The rear of the new MKC on the other hand hasn’t changed all that much offering the same design with the only real difference being the tail lights.

This has to be one of the biggest drawbacks of the ongoing model. Even though the materials are great, the available technology is definitely above the average, the looks of the cabin are average at best. The new 2019 Lincoln MKC doesn’t make things better either.

The car features a really unusual steering wheel, the instrument cluster is relatively hard to read while the massive amount of plastic on the center stack makes it feel cheap. Lincoln did move the gearbox controls on the dashboard in the form of a few buttons but the overall look is still relatively dated and not that great to look at.

As before, there are still two available engines with the MKC. The base model gets a 2.0 liter turbo-four which is capable to deliver a rather impressive 245 horsepower and 275 lb-ft of torque. Further up the range the car features a slightly larger 2.3 liter unit which is good for 285 horsepower and 305 lb-ft of torque. Despite the difference in power, both engines come equipped with the same 6 speed automatic gearbox. Also, both of them are available with either front or all wheel drive, so the difference in the way it behaves isn’t all that big. When equipped with the larger engine, the car will tow up to 3,000 pounds which is quite good. Unfortunately Ford decided not to use their new 9 speed automatic which is a bit disappointing. However, this likely happened because the platform of the MKC is not really suitable for the new gearbox. This should change with the release of the upcoming model, likely in a couple of years.

4.8 Despite being Alfa’s first rear wheel drive sedan in a while, the Giulia managed to impress its buyers. In …