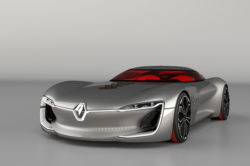 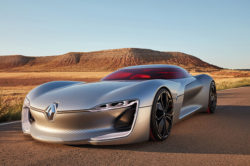 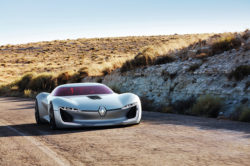 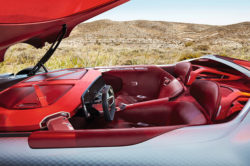 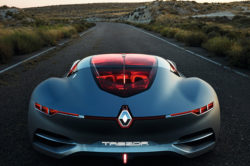 This year has no shortage of amazing concept cars, but few have made such an effective entrance as the Renault Trezor Concept. With its futuristic design, red interior and a brand new electric engine, it is going to trump most of its competition with ease – especially if the autonomous driving mode turns out to be real.

Since this is a concept that has barely made an entrance, it is extremely ungrateful to speculate on when it might come into your local dealership.

First, a prototype needs to be made, tested out, schedule needs to be determined and only then can we guess when it will grace us with its presence. Assuming the car even makes it to the production line – we do not mean to jinx it or anything but still… 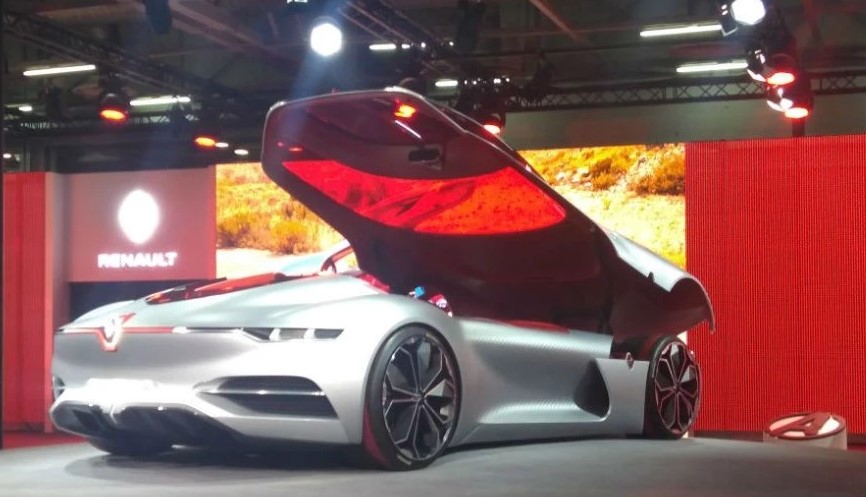 There is no set price for the Renault Trezor Concept at this time. It will depend on a number of factors, including equipment, competition and whether or not they manage to develop the autonomous driving mode in time for this model, which seems unlikely.

From what we could tell on the depictions of this concept, the Trezor is going to be a long and sleek vehicle with two doors and a very low profile. Its height should barely exceed one meter, so it will look as awesome as you might expect, but the aerodynamics is where it will most likely shine.

This is because there are rumors that its drag co-efficient is only 0.22. Other than that, its futuristic design and lots of carbon fiber for the body and fiber-optic lighting are going to make this car a beast on the road. It even has a red laser built into the taillights. How cool is that?

There is not much to say about the interior of the Renault Trezor Concept, mostly because the info has been scarce, and what we do know will most likely be changed in due time.

What is likely to remain, however, is the dashboard made of red wood, lots of fine leather on the upholstery as well as a state of the art infotainment system. It seems Renault designers have opted for red color for the overall tone, as it is present all over the cabin: the dashboard, upholstery and even the glazing on the windows.

Luckily, even though the Renault Trezor is still at a concept stage, there are already rumors surrounding its engine. It is most likely going to be an electric unit with an energy recovery system that uses the breaks to provide additional electricity for the battery and recharge it slightly.

In any case, we can expect 350 hp and 280 lb-ft of torque which, in combination with the low curb weight, should produce some impressive results. Being able to accelerate to 60 mph is going to take only a couple of seconds.

Aside from that, we could also expect some form of an autonomous driving mode, provided Renault manages to develop one in time.

Alpine is one of those forgotten sports car nameplates from the golden years. After Renault subsidiary’s discontinuation in mid nineties, …