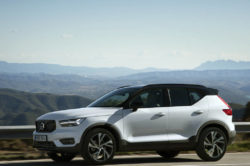 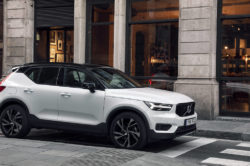 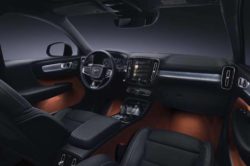 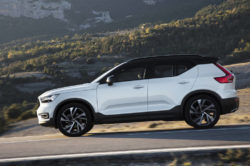 A little over a year ago Volvo released the 40.1 concept, a small crossover meant to go on sale in 2017. Well, here we are and the manufacturer just released the 2019 Volvo XC40. They actually showcased the car over two months ago but the new model went on sale only recently. The car is already available in Europe but it looks like it may take a while to reach the US shores. Even though there is very little information on the US version of the car, it is safe to assume the new XC40 won’t be that far off the European model. Chances are the car is going to be mostly identical with the only real differences being the available trim levels for the two models.

Unlike Volvo’s other new cars, the smaller XC40 is a bit more different. The car is based on a brand new platform, also called the CMA. This fully modular design has been designed by Volvo in cooperation with a Chinese company. It still is front wheel drive and it still features a transverse front engine.

However, unlike Volvo’s other modular platform, it features more high strength steel and less aluminum. The end result is a bit more weight while also being quite a bit cheaper to make too. Even if this is their smallest vehicle yet, the XC40 didn’t really lose much when it comes too what it has to offer. It looks like the car is going to feature pretty much everything its bigger siblings have to offer with no major exceptions.

As we have said, the car is already available in Europe where it starts at roughly the same price as its main rival, the Tiguan. However, the US market version of the 2019 Volvo XC40 is going to be a bit more different. If the rumors are true then the car will start at around $30,000 and it will go up from there. This is mostly because the US-bound XC40 will come with more kit than the European version as well as more powerful engines.

There are two different engines available with the new 2019 Volvo XC40. The most basic car gets a 2.0 liter turbocharged inline-four petrol engine which is good for 244 horsepower and 260 lb-ft of torque. Even though this is a gasoline engine, it is unusually low-revving. It will offer all of its power at just 5,500 RPM while the torque will come in at just 1,800 RPM. This engine will only come with an 8 speed automatic which will drive all four wheels as standard. A 2.0 liter diesel is also an option. This one is known to make 187 horsepower and 300 lb-ft of torque. Unlike the other engine, this one will come with front or all wheel drive and a choice from a 6 speed manual or the 8 speed automatic.

Later down the road Volvo is set to release two additional engines for the XC40. There will be a new base 1.5 liter turbo-three gasoline mill. This one should provide 180 horsepower and it will only be offered with front wheel drive and a manual gearbox. A similar 1.5 liter engine mated to a hybrid system is also going to be an option. This one will likely offer north of 200 horsepower, all wheel drive while being the most efficient in its class.

Instead of going for the toned down design of its larger siblings, Volvo had quite a bit more courage with the new XC40. For this crossover they decided to offer a far more aggressive design which definitely sets it apart from the rest of the cars in its class.

The 2019 Volvo XC40 still features Volvo’s well known Thor’s hammer headlights and L-shaped tail-lights. However, the car can be had with a differently colored roof and mirrors, multiple wheel choices as well as multiple accents, all of which create a really unique experience. Unfortunately the interior is not as impressive.

While the materials are great, the vertical infotainment system is crisp and the driving position is one of the better in its class, the car lacks the stylish character of its exterior which is a bit of a shame considering how much thought Volvo put into it.