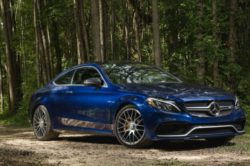 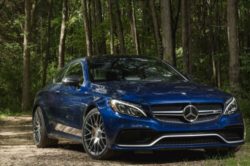 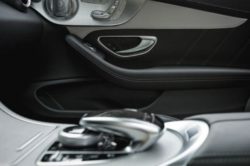 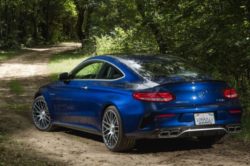 At over $70,000 the C63S AMG is not exactly a cheap car. Even though it is the range-topping C-Class model, it can’t keep up with some of its new rivals. Because of that Mercedes is going to release a brand new version which is set to be the most powerful C-Class to date. While just a rumor at this point, the 2019 Mercedes-AMG C63 R has already been spied testing on the Nurburgring. At first rumors suggested the car will be called the Black Series. This changed once Mercedes released the AMG GT R and their brand new naming scheme.

The C63 R is set to be more powerful, better to drive and considerably faster than the lesser versions of the car. It is also going to be quite a bit lighter thanks to the improvements made by AMG. So far it still is unclear how much it is going to cost.

However, considering the upgrades we can expect it to cost north of $80,000 with some even suggesting it may breach $100,000. No matter the case though, one thing is clear, the C63 R will likely be the fastest C-Class to date and it might become the trend setter of its class.

The regular model boasts a 4.0 liter V8 and this is not going to change for the 2019 Mercedes-AMG C63 R. The previous Black Series made 510 horsepower which was 29 more than the high performance C63. The upcoming C63 R is expected to follow its predecessor quite closely. At this point most rumors suggest an output of right around 530 horsepower and little over 520 lb-ft of torque. This would give the car plenty of grunt over the usual model while also maintaining the great naturally aspirated feel of the engine. While we would love a manual, this is highly unlikely, especially in this class. Instead, the C63 R will more than likely come equipped with the same 7 speed automatic as the regular version. This will send all the power to the rear wheels via an electronically controlled limited slip differential.

The performance numbers are still unknown. Even so, considering the power bump, we can expect around 3.7 seconds to 60 MPH and a top speed north of 180 MPH. The big performance upgrade will be thanks to its running gear. The car will be lower, stiffer and considerably wider than the usual C63. On top of that, it seems that it will come with much wider tires, so it will have more grip and better downforce than its lesser siblings.

The 2019 Mercedes-AMG C63 R test mule seen on the Nurburgring was quite impressive to look at. For starters, the car definitely had a new front end, new side skirts as well as a new rear bumper.

In the front it seems that there is a new splitter while the side skirts seem to have small canards at the back. The car also had a massive fixed rear wing which will more than likely be seen on the production version in one form or another. A carbon fiber trunk, roof as well as fenders are possible.

Here the C63 R is going to feature a stripped down interior in order to save as much weight as possible. Despite that, the car is still expected to offer electric windows, an infotainment system with navigation as well as climate control. However, the seats will likely be manually adjustable while the rear seats might be completely discarded.

The upholstery will more than likely be made out of Alcantara with an optional leather package for those really wanting it. The seats are also expected to be unique to the C63 R in order to offer better support than those in the regular C63.