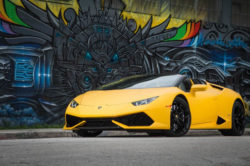 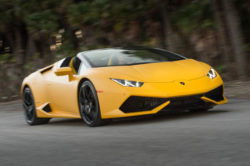 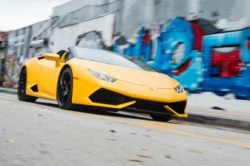 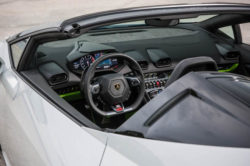 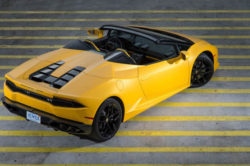 The Gallardo has been the best selling Lamborghini ever made but it seems that this is about to change. Its successor, the Huracan, already sold better than the Gallardo in its first two years and it seems that this trend will stay. This is great news for the Italian car manufacturer as it should allow them to shift focus to their other cars. However, this doesn’t mean the Huracan has been left alone. Instead, the Lamborghini Huracan Spyder has been released not that long ago and it is a very interesting car. Like the name suggests, the Spyder is the drop-top version of the coupe and it does come with quite a few improvements over its sibling.

For starters, the Spyder is not that much heavier over the coupe. This has been possible thanks to the heavy use of aluminum and carbon composites. This allowed Lamborghini to make the Spyder just 265 pounds heavier than the coupe which is quite good for this class of cars.

On top of that, the torsional rigidity, which usually has to suffer, is still very good with the Spyder having 90% of the rigidity of the coupe which is still great. The car is already available for sale across the World.

The price is not as impressive as the rest.The Spyder starts at little over $267,000 in the US which is considerably more than the Coupe. However, the price will be worth for many considering what it has to offer.

Just like with the other convertibles made by the Italian manufacturer, the Lamborghini Huracan Spyder looks a lot more like a targa-top car. Even when the roof is down, the car has a really aggressive stance and the roof doesn’t disturb its lines.

This is because the engineers and designers did their best to provide a great experience with the roof up or down. It only takes 17 seconds in each direction and it is one of the quieter ones out there.

With it down, the car will make a better sound than most other cars out there, so it might be worth it just for that.

The front end is the same with that of the regular version but the back is a bit more different. This doesn’t get a glass cover in order to cover up the roof when retracted.

Like with most other convertibles, the interior of the Huracan Spyder is mostly identical to the Coupe model.

The dashboard, instrument cluster, steering wheel and even color schemes are the same.The seats are slightly different and covered in a faux-suede which should be waterproof.

The Lamborghini Huracan Spyder features the same 5.2 liter naturally aspirated V10 engine found in the Coupe. This makes a very impressive 602 horsepower and 413 lb-ft of torque.

However, because it makes so much power, it also means the Spyder is only available in all wheel drive guise. Some people do prefer the rear wheel drive model so these won’t be able to fully enjoy the Huracan Spyder.

However, for everyone else, the AWD model will offer more grip as well as a better driving experience. Lamborghini’s official numbers suggest a 0 to 60 MPH time of just 2.8 seconds and a top speed of 201 MPH. This is close to the coupe but not as good. Why?

Well, mostly because the convertible is heavier and it has to do with less than ideal aerodynamics. The good part is that even with the top down, the Huracan will drive the same as with it up which is not an easy feat to achieve. The seven speed gearbox has been carried over completely unchanged from the 2014 model. 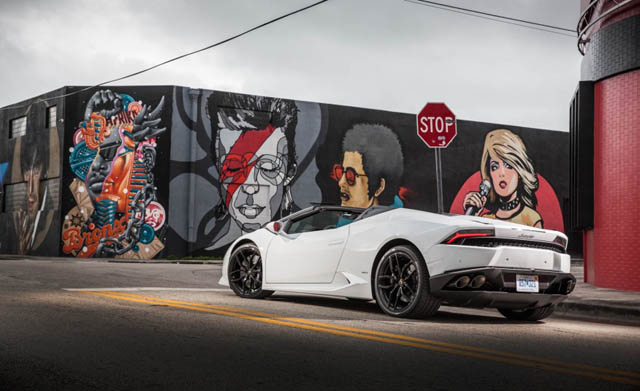 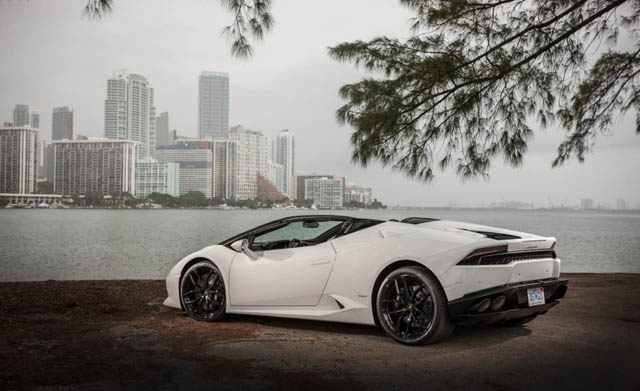 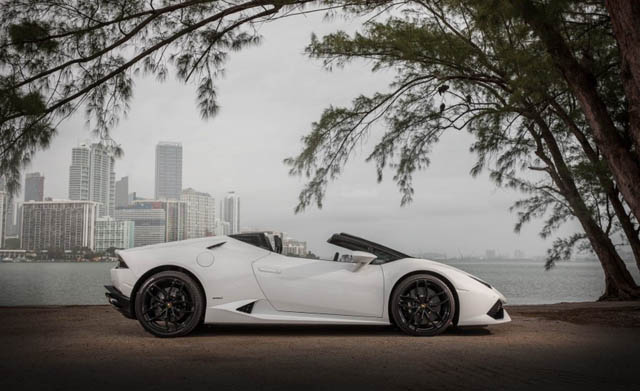 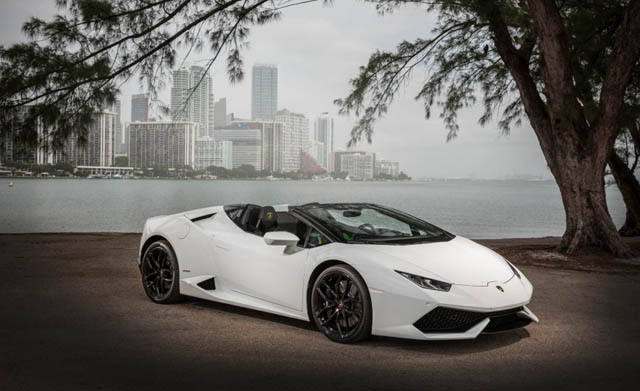 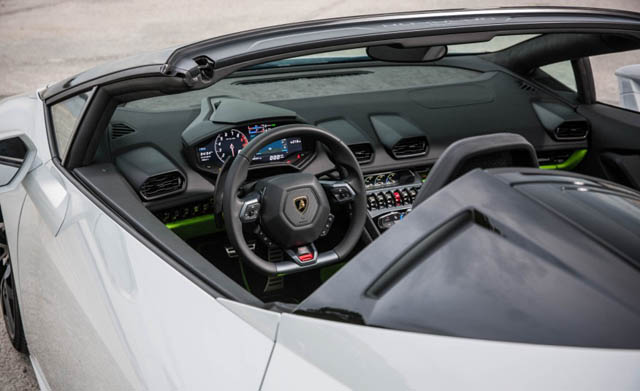 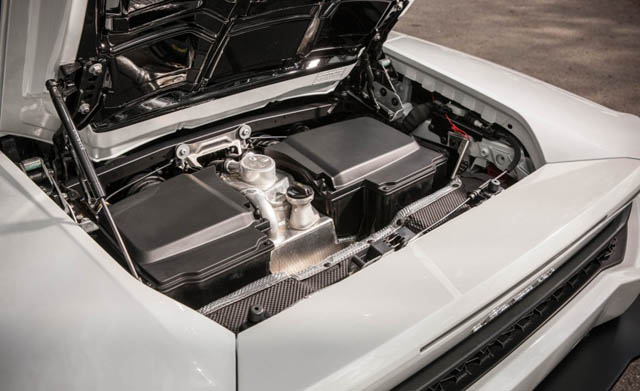 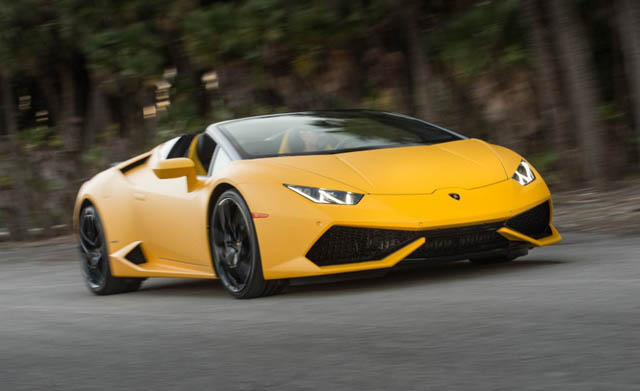 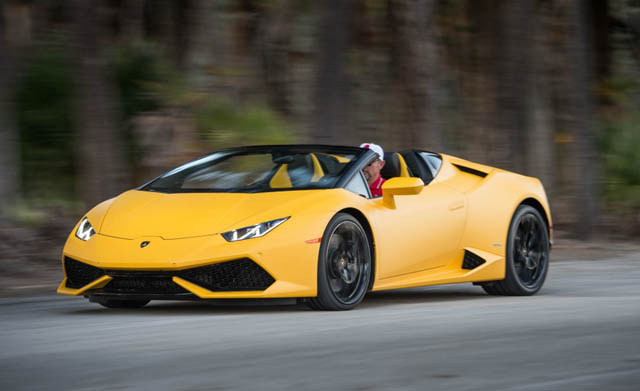 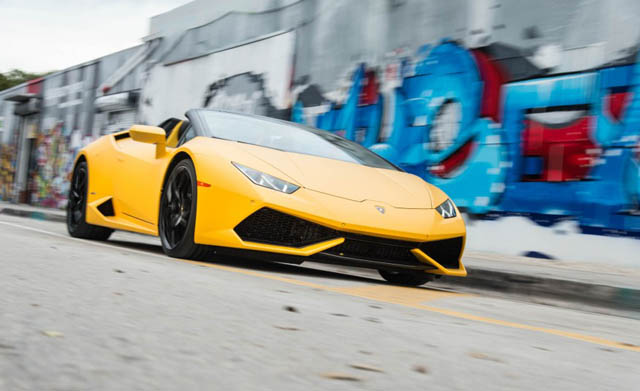 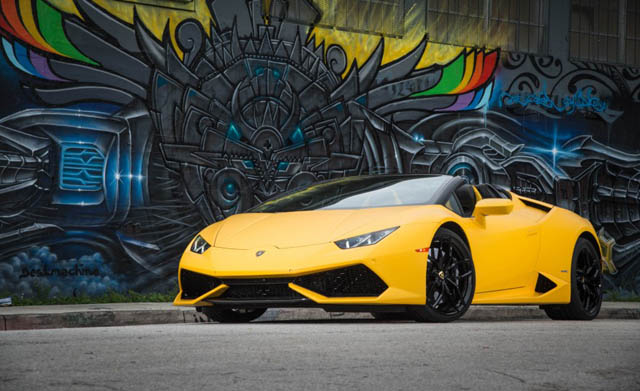 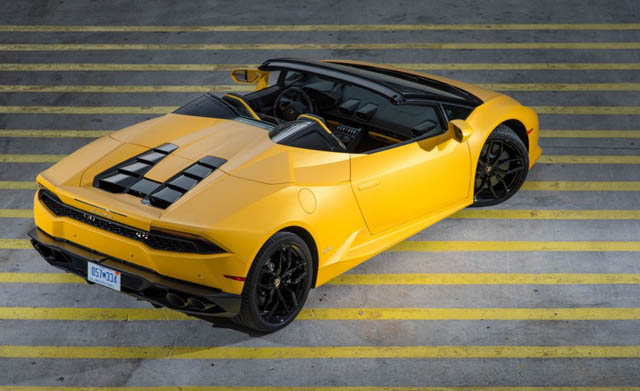