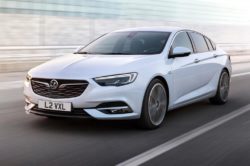 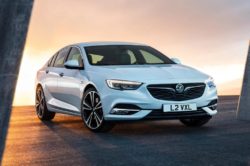 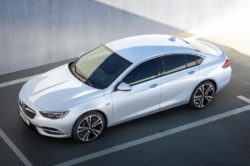 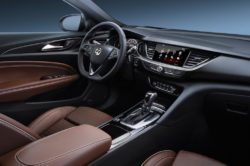 The first generation of the Insignia replaced the Vectra when it was released back in 2008. The car was actually larger than its predecessor and also more luxurious. However, because its competition followed a similar path, the Insignia still had to compete with the Mondeo which remains one of the best selling cars in its class. Nearly a decade after its release, a new model was finally unveiled with the 2017 Vauxhall Insignia. The new car has nothing in common with the older generation. It is larger, lighter and much nicer to look at. So far Vauxhall still hasn’t released everything about it mostly because it will be officially unveiled at the upcoming Geneva Auto Show.

The car is now using GM’s brand new E2XX platform which was first seen on the Malibu. The platform allowed the new Insignia to be with up to 175 kg lighter than the older model. This massive weight loss coupled with the considerably longer wheelbase should make for an overall much better car to drive than before.

With the new platform the new Insignia should also boast improved engines and new technologies. The price is still unknown at this point but most rumors suggest it will start close to ‎£20,000 which is actually quite a bit more than before. The price increase would allow the company to get closer to its competitors such as the Passat or the Mondeo.

In the front the Insignia features a brand new design with a new sharper grille, sleeker headlights with standard LED DRLs as well as a much cleaner look to its bumper. The Vauxhall badge is also flanked by two chrome wings which do elevate the look quite a bit. The rear of the car is longer and despite still being a hatchback, it looks a lot more like a sedan. The tail lights still remind us of the original model but they clearly evolved in a better direction.

The inspiration from the Monza didn’t stop on the outside. The interior of the 2017 Vauxhall Insignia has been massively improved over the older model and the design seems to come straight from the concept.

The center stack is aimed towards the driver, the center console is rather narrow and the overall airy feel makes it seem a lot more upmarket than it really is. The instrument cluster now features a larger digital display which is flanked by two analogue dials, so the driver gets the best of both worlds.

So far Vauxhall hasn’t said what engines the new Insignia is going to feature. Considering the substantially lighter chassis we would expect all turbocharged petrol and diesel engines. The base car might receive a 1.5 liter turbo-four with around 180 horsepower while its top end version could get the 250 horsepower 2 liter inline 4. A 1.6 or 2 liter diesel is also going to be available for those preferring these types of engines. Outputs ranging from 136 all the way up to north of 200 horsepower should be possible with its diesel engines. A six speed manual will be available while GM’s 8 speed automatic will be an option. The optional all wheel drive system is not going to feature a differential. Instead it will use a similar system to that in the Focus RS which will use a multi-plate clutch. This will allow the car to offer a rather efficient torque vectoring system without having to compromise on anything.

The Mokka is Opel’s first true small crossover which has been launched back in 2012. However, not many people know …