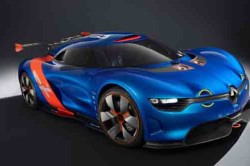 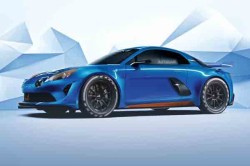 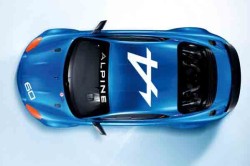 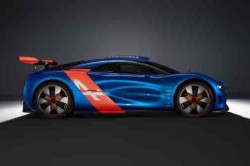 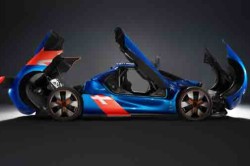 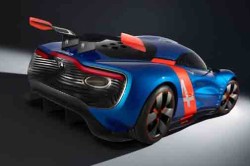 Alpine is one of those forgotten sports car nameplates from the golden years. After Renault subsidiary’s discontinuation in mid nineties, we still haven’t seen anything in terms of Alpine from Dieppe-based factory. They still make some of Renault’s sport models, but iconic Berlinette car’s resurrection hasn’t been on Renault’s mind for years. 2016 Renault Alpine is happening, however, and should feature all the modern cues a contemporary sports car has to exhibit.

Things have been going in that direction ever since 2012 and Alpine A110-50 concept car. Concept car had exhibited 3.5L V-6 engine with as much as 400 ponies, but production model could be slightly limited compared to that. Some sources state that 1.6L turbocharged 4-cylinder engine with 250 horses might be on the cards, while others round up the figure to 300 horsepower.

In any case, AS1 (Alpine Sport 1) features the mentioned powertrain, and was already presented at this year’s Le Mans 24 Hours race. Finally, in order to be ready to race, Alpine has been given F1-style transmission – that is to say, 6-speed semi-automatic sequential gearbox.

Low and wide two-seater doesn’t exactly resemble the Alpines of old, but that would be unrealistic expectation anyway. In turn, it represents a modern sports car with lots of sleek lines and pronounced details. Open-mouth lower air intake and nicely shaped grille line with small headlamps on the side and Renault badge in the middle are what makes the front fascia.

Wheel arches are extremely pronounced, and car gets an oval roof scoop. Double bubble cabin sits in front of the powertrain unit, while rear end uncovers a large wing spoiler and quite modern behind. That’s where one large, uninterrupted tail-light does its magic, together with couple of high-mounted exhaust tips.

Concept car has been made for Le Mans race and doesn’t offer much in terms of convenience. There’s a cage, racing steering wheel, couple of seats and, bare bones apart from that. Still, 2016 Renault Alpine should be produced in 3,000 units a year.

This is a serious performer; no doubt about it. 2016 Renault Alpine is beyond highly aerodynamic which should help it fare better than Le Mans specially designed chassis which did not finish the race this year. Come production time, Alpine might cost as much as £50,000, more or less.

2016 Renault Alpine should be welcomed with open arms by any sports car enthusiast, especially by those enthusiasts of old. It is a pattern which we have been seeing a lot these last few years where old, iconic cars are making their return after years or even decades of slumber.

In any case, Alpine gets a modern frame, fitting of its name and the world we currently live in, and should become a big thing; though in small quantities.

Mostly called Pajero across the seas, North American models of the boxy full-size SUV were named Montero. While Montero can’t …

Lincoln MKT cannot brag with excellent sales figures but its design is definitely something extraordinary. Front fascia is unique in …