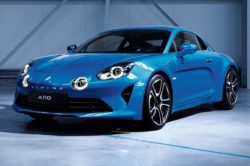 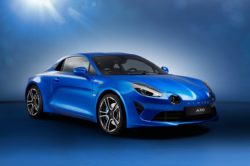 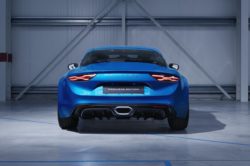 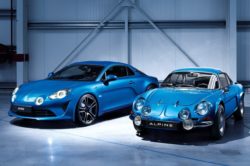 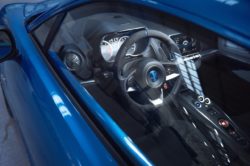 The A110 was a two-door sports car made by Alpine back in the ‘60s and ‘70s. The car only weigh little over 1,500 pounds, it had either a Lotus or Renault engine and it could easily outrun its more powerful competitors thanks to its weight. In fact it was able to dominate in rally events and it went to become a true classic. Even though Alpine has been bought by Renault back in 1973, they still kept developing great cars for a while. Unfortunately due to having problems with some of their models, the last model made by Alpine was the A610 in 1995. Since then Alpine has been working with Renault Sport in improving Renault’s cars to the extreme.

However, Alpine is now back at it and they received funding and a green flag from Renault to develop another great two-door sports car. After a few prototypes and test mules, the 2018 Alpine A110 has finally been revealed and it is far more impressive than we first thought. This is their first production car in more than 2 decades and we hope it is not the only one.

The A110 is a mid-engine sports car which only weighs 2,500 pounds. This means that it is far lighter than some of its rivals which is very impressive. The price has been set at a rather impressive €58,500 which is actually higher than expected. However, this is for the Premiere Edition so it will likely go down a bit soon after launch.

For the money the 2018 Alpine A110 comes with a uniquely tuned engine developed by Renault and Nissan. The 1.8 liter turbocharged inline 4 mill can provide 252 horsepower and 320 Nm of torque which is quite close to its rivals. The interesting part is that the car offers a 233 horsepower per tonne power to weight ratio which is considerably better than most other sports cars.

Thanks to that, the A110 will hit 60 MPH from a standing start in under 4.5 seconds and it will keep going up to more than 150 MPH. All the power is sent to the rear wheels via a specifically built 7 speed dual-clutch automatic provided by Getrag. At this point it seems that a more powerful engine is unlikely. However, considering Alpine’s history we wouldn’t be surprised if we eventually see a more than 300 horsepower A110.

The 2018 Alpine A110 looks unique in today’s world of sports cars. In fact it seems that Alpine went to their origins and closely watched the design of the original A110. The 2018 model follows the same proportions as the original, it has the same layout for its headlights and the rear window is a direct throwback to the original.

The car does feature some modern cues as well. The headlights feature both LED and Xenon lamps, 18 inch wheels are standard while in the back it features a center mounted exhaust. The car’s large diffuser coupled with the rear intake which sits just bellow the window makes for a really retro-look similar to what Porsche has been doing for years.

Instead of just copying the interior of one of their hatchbacks, Renault gave Alpine the task to create an all new cabin. This means that the 2018 A110 is not just good, it is nearly perfect. The driving position is low and all the controls can easily be reached.

It also features a wheel-mounted engine start button, column mounted paddle shifters and a clearly laid out instrument cluster. The materials seem to be just as good as in any of its other rivals and despite having just two seats, it seems there is plenty of room available inside the cabin.

4.8 Even though VW has many cars in their portfolio, they didn’t really have a three-row mid-size crossover. The 7 …