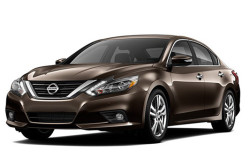 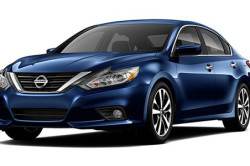 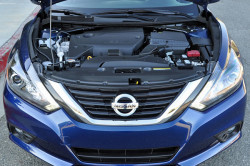 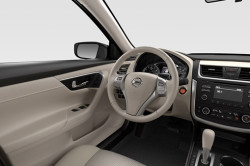 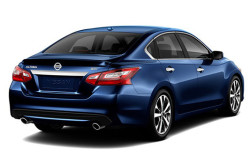 Nissan Altima is a compact and mid-size car initially launched 13 years ago, in 1992. In 2002, when the second generation was released, it has become mid-size sedan and it has stayed like that since then. Altima is the successor of the Bluebird and ever since its release it has become of the most popular Nissan’s model. It takes after Sentra and Maxima model so we can say it sits between two stools.

Competence is strong in this field, considering the main competitors are Ford Fusion, Toyota Camry and Honda Accord. It is most likely that this car won’t be launched on European market, but will be offered to customers who live in Australia, Middle East and both Americas.

2016 Nissan Altima will come with two available engines, which differs in terms of mileage and power. Base engine is 2.5 liter Inline-4 which is able to develop 182 horsepower and 180 pound-feet of torque (136 kW and 224 N-m of torque).

Fuel economy is quite astonishing. It is able to reach 27 mpg and 38 mpg, in a city and on highway respectively.

Second engine is more powerful but it is not as good as the first option in terms of fuel consumption. The other option is 3.5 liter six-cylinder which comes with an output of 270 HP and 258 lb-ft of torque (201 kW and 350 N-m).

CVT will be only available transmission system without any indication that manual transmission will be offered as a choice. However, there are some speculations that 2016 Nissan Altima will come with hybrid engine, but these are only unconfirmed rumors, so far.

There are high expectations from 2016 Nissan Altima when it comes to design, especially interior. Cabin is expected to be very spacious and able to conveniently accommodate five passengers.

Standard features that are expected to be installed are Bluetooth connection, LCD screen, USB, etc. New Altima will look aggressive and it will have recognizable “U” shape at the front. Weight of the Nissan Altima is reduced therefore it is able to reach more miles with a gallon of fuel.

Aluminum and carbon materials are used more than before. Fog lights, headlights and taillights will have chromed trims and they will all use LED technology. In total five trim levels will be offered. Previous model had two more levels, but this year it is most likely that 3.5 S and 3.5 SV trim level won’t be available.

In general, it won’t differ too much from the previous model but slight refreshments are enough to keep this vehicle desirable and competent on the market.

Launching of new Altima hasn’t been scheduled yet but it will probably happen in the first months of 2016.

Price depends on the trim level and difference between the cheapest and the most expensive is around $10,000. However, if you are into this car you will be able to buy a base model for $25,000.

Sedan market seems saturated with many vehicles created by many producers. However, there are many sedans out there who are …