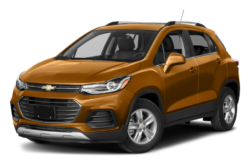 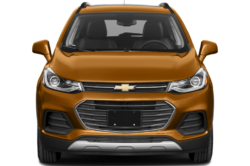 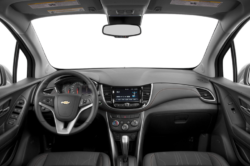 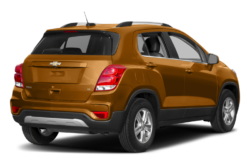 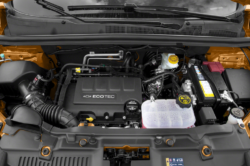 Around since 2012, the Trax is one of Chevrolet’s better selling crossovers. It offers a good amount of practicality for its price without compromising on much. However, the car was not perfect so it received a major facelift last year. This included exterior and interior updates as well as a revised running gear. However, it didn’t include any changes to its powertrain. Rumors suggest the upcoming 2018 Chevrolet Trax on the other hand might get a new engine. This has not been confirmed by Chevrolet up to this point but it would make a lot of sense for the car. Why? Well, the current model feels underpowered and it isn’t as efficient as it should. The more interesting part is the fact that GM already has a suitable engine for it but more on that later.

There have been quite a few inside sources suggesting the Trax was going to receive a major redesign next year. However, while this would be great for the car, it is highly unlikely. Instead, the tiny crossover might receive another few changes to its running gear. These should make the car slightly better to drive while taking away from the “large-car” driving characteristics which don’t do it justice.

The price might also receive a small change as well. Considering for how long the Trax has been around, it is safe to assume it may become cheaper in the near future. This is usually not the case but with this small price cut, Chevrolet would be able to get ahead of their competitors.

New technology inside and out

However, it seems the car may receive a frontal collision warning and prevention system, a pedestrian monitoring system and even a rear cross traffic alert unit.These are likely going to be added on the higher end versions of the Trax. On top of that it seems the car may receive a new automatic parking system and possibly an adaptive cruise control system that would use the radar of the frontal collision avoidance system.

The car may also get a set of new colors for the exterior and possibly a few new sets of rims. Unfortunately there is still no word on a sports version of the Trax but this is to be expected considering the car’s price point.

The current Trax is being powered by an iron-block 1.4 liter turbocharged inline 4 engine from GM’s earlier days. This is good for 138 horsepower and 148 lb-ft of torque which is barely adequate for its size. Even though not official just yet, it looks like the 2018 Chevrolet Trax may receive an updated 1.4 liter turbocharged inline-four engine, more similar to that on the Encore. This engine would be an all-aluminum unit and even though it will likely still offer around 140 horsepower, it is expected to boast north of 170 lb-ft of torque.

With the help of a new 8 or 9 speed automatic gearbox, the car should become considerably better to drive. The new engine should allow the Trax to accelerate faster and to achieve a higher top speed. The car is also expected to get more efficient. Early estimates suggest more than 26 MPG on average which is slightly better than its predecessor while offering more power and torque. A larger engine has also been rumored but this is highly unlikely considering the car is nearing its end of production.