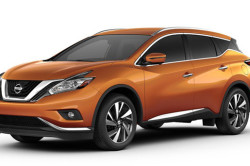 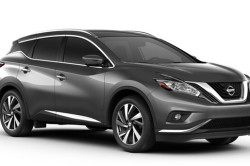 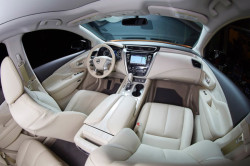 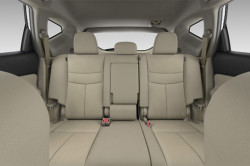 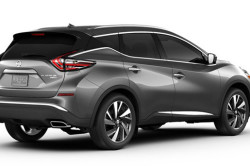 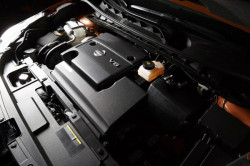 In a class where most cars are quite dull to look at due to their target audience, the Murano is by far the best looking two-row crossover on the market and one of the better looking cars out there. It manages to combine the aggressive design of the Maxima with the body of a crossover so the end result is a great looking car with the capabilities of a large SUV. In terms of space, the 2016 Nissan Murano is great as it offers more luggage space and more seat-room than competitors such as the Grand Cherokee or even the mighty expensive Touareg.

Since it has been launched, the sales for the Murano are far better than many anticipated and it seems they are going to rise even more after the 2016 Nissan Murano update is going to be launched on the market.

The car is expected to be just a mild update which will include a few upgrades inside the cabin as well as likely a revised engine and running gear. The price will still start around $30,000 for a base model but a top end version might get a bit more expensive due to the added gear inside the cabin.

Let’s start the preview of the 2016 Nissan Murango with the interior of the car which is the most important feature of a family crossover.

Contrasting the very impressive exterior, the interior is more toned down and it offers a much more composed look than the exterior.

Despite that, the materials are still superior to many of its competitors and the design is nicely laid out and easy to read. The driving position is great as well and the biggest feature is the massive space available for both its passengers and their luggage.

The 2016 model is likely going to receive a much better infotainment and navigation unit which this time around will support phone-screen mirroring.

Another upgrade should add slightly better materials for the top end model which is currently lacking in this area, especially when compared with some of its rivals.

Design wise the new Murano will most likely not change a bit but that’s perfectly fine for us considering that it still is the best looking two-row crossover by a big margin.

The front end will be similar to that of the Maxima with the V-shaped grille and the pointy headlights. The bumper will be identical to the 2015 model while the floating-roof effect is there to stay.

The only real change here might be the addition of a new set of rims for the top end model which is going to be marketed as a more premium car than before.

In terms of engine, the 2016 Nissan Murano is definitely going to use the same 3.5 liter naturally aspirated V6 as before, engine which is quite efficient for its size and smooth enough to make anyone like driving it.

However, it is not really the most powerful out there and its CVT gearbox is a bit of a letdown if you are looking for a more spirited driving behavior.

In order to solve that, we expect Nissan to bump the engine’s output to around 275 horsepower and 250 lb-ft of torque which would certainly make things a bit more interesting than before.

The CVT gearbox is here to stay but it might get through another update in order to offer slightly better ratios for spirited driving.

The fuel consumption should remain just as good as before with 21 MPG in the city and 28 MPG on the highway but the car’s 0 to 60 MPH time might just drop under 7 seconds for the first time in this model’s life.