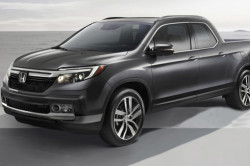 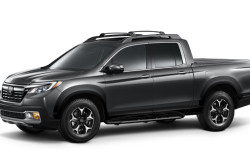 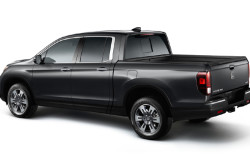 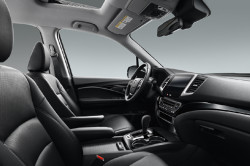 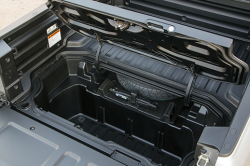 The first generation of the Ridgeline has been a very interesting truck because it departed from the body-on-frame design in the favor of a unibody design which has the advantage of being lighter and easier to make but the major disadvantage that it can’t really handle all the stress of a workhorse. The truck has been discontinued back in 2014 and many said that a new model would never be released. Luckily though, Honda took everyone by surprise when a few months ago they confirmed a new version of the truck which has been released a couple of months ago as the 2016 Honda Ridgeline.

While it may seem surprising, the all new Ridgeline is using the same unibody design as the Pilot crossover which means it is quite a bit lighter than a regular truck and it does come with quite a few interesting features added to the mix.

The truck is expected to be available for sale starting with the later part of the year at a starting price closer to $30,000 which is quite a bit more than any of its direct competitors but if you want a similarly equipped Colorado for example, the price will get close or surpass that of the Ridgeline so it might be well worth the money after all.

The exterior of the new 2016 Honda Ridgeline is very interesting, especially for a truck. The part ahead of the A-pillars is nearly identical to that of the Pilot crossover, so it comes with a nearly identical grille design and headlights but with a slightly different bumper with a larger shield attached to it.

The cabin is a four-door design with plenty of space for a truck mostly thanks to its type of design. The bed is quite a bit more different than what we thought as it is now separated from the main cabin.

The bed is probably the most interesting feature of the exterior because it includes a small trunk, the spare wheel inside the floor, a set of “exciters” which vibrate the walls of the bed in order to act as a large speaker which could prove really useful for a leisure activity vehicle. The wheels as well as large black plastic inserts are unique to the truck.

Inside the cabin there is enough room for up to five people which can sit and enjoy a true car-like behavior. The rear seats can be folded down and the cabin can be opened in order to carry long items inside the bed.

Also, the interior will come as standard with a lot of features for the price such as climate control, an infotainment system with Android Auto and Apple CarPlay support.

Under the hood, the 2016 Honda Ridgeline will be available with a single engine choice which is to be expected from a truck of this size and class.

The engine is the same 3.5 liter direct injected V6 naturally aspirated mill which is expected to provide up to 280 horsepower and little over 250 lb-ft of torque. While this is certainly less than most of its competitors, the engine should be more than enough for what it is intended for.

Some people suggest that two different transmission choices are going to be made available. While the base model is expected to get a 6 speed manual which will drive the front wheels only, an option will include a new 6 speed automatic gearbox which will drive either the front or all wheels.

2016 Lincoln Aviator is coming to the market soon. It was spotted during the test ride on the streets so …