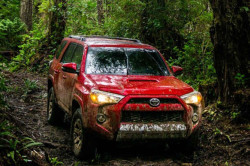 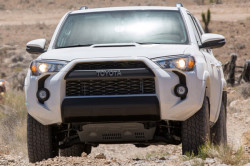 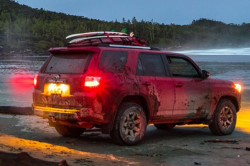 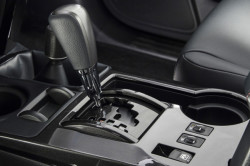 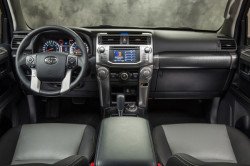 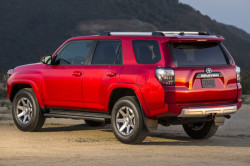 In a World where most manufacturers dropped their body-on-frame crossovers due to being too expensive and not that great to drive on the road, Toyota still kept their 4Runner alive which is still one of the better selling cars in its class thanks to a really capable running gear and a very reliable engine.

The car has been updated quite recently with the 2016 Toyota 4Runner which is also expected to be the last model of this generation. Despite that though, the car is not really offering much over the older cars but just a few upgrades inside the cabin as well as a few updates to its exterior.

The Toyota 4Runner now starts at little less than $35,000 which more than the average of its class but it still is a good price, especially since it currently is one of the only true body-on-frame crossovers on the market. The car is available for sale in the US and it can be had in other select parts of the World as well.

Let’s start the small review with the most impressive version of the car, the TRD and TRD Pro models. If you are not familiar with the name, the TRD stands for Toyota Racing Development and its Toyota’s high performance off-road division where the usual models are turned in very capable cars.

The 4Runner gets an updated suspension system with heavy duty shocks and springs, upgrades brakes, 17 inch rims wrapped in all terrain rubber as well as a modest lift which should be more than enough to allow its driver to get the car pretty much everywhere he wants.

Under the hood, the 2016 Toyota 4Runner is boasting an already ancient design with the old 4 liter naturally aspirated V6 that offers up to 270 horsepower and 278 lb-ft of torque.

Despite that though, the engine is quite powerful and very reliable and it will always deliver where it counts, in off-road use. It can be had only with a rather old 5 speed automatic which sends the power either to the rear or to a four wheel drive system with a lockable rear differential.

The upcoming model of the car will definitely borrow the powertrain of the new Tacoma which is one of the more impressive in the compact truck class.

The 3.5 liter naturally aspirated V6 will run in a modified Atkinson cycle and it will offer a similar amount of power and torque while using up to 20 to 25% less fuel than the current V6. A new 6 speed automatic is also likely going to find its place under the skin of the new 4Runner.

The biggest change over the older model that has been made to the 2016 Toyota 4Runner is inside the cabin to its infotainment system. This now boasts Toyota’s new version of the Entune system which sports a surround audio system as well as it now allows the driver to connect its phone via a cable.

This will not only allow the driver to make calls or use a hands-free system but it will also allow him to check the online map of the phone on the car’s screen and even play internet music.

The exterior has been left pretty much unchanged and the only update here is the addition of a new color for the TRD trim level which gets a new “Quicksand” paint that will only be available as an option.

The wheels and tires are the same as before and the car is offering the same design as before. In the near future we do expect an updated model with some design influences from the new Tacoma or from the upcoming Tundra but this will only be revealed some time in 2017 or 2018.