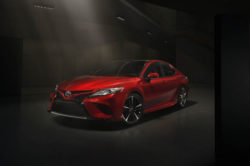 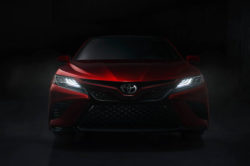 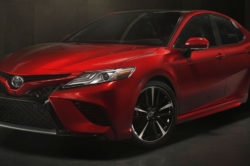 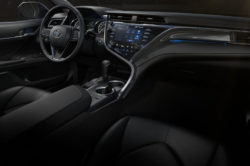 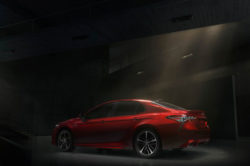 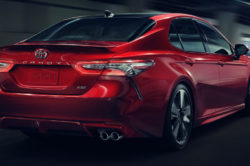 Despite being the best selling car in North America, the current Camry is old. It is using a decade-old platform, its running gear is barely adequate and the driving experience is basic. Because of that an entirely new model is going to be released with the 2018 Toyota Camry.

Even though not officially announced, for now, test mules have been seen in the past few months. While not official for now, it seems that the changes, at least the visible ones, are not going to be as large as we first thought. This is because Toyota has an image to keep and people don’t usually like big changes.

The new car is expected to use a new platform, better engines and a more refined running gear. However, inside and out it should feel a lot more like an update than anything else. This might allow some of its competitors to catch up but it will also give people a relatable car which is certainly going to sell.

Its price should be kept around $24,000 for a base model which seems to be the sweet-spot these days. Also, its top end versions will cost pretty much the same as before.

However, with the new 2018 Toyota Camry we should see more trim levels as well as more options. Its rather dull design won’t go away. Instead, it should evolve. The car will definitely borrow from Toyota’s latest offerings such as the new Prius.

This is not a bad move though. The Camry had an angular design which will go great with what the Prius has to offer. Its profile won’t change as much as we would like.

However, in the front expect a new grille, bumper and a few other subtle changes such as wider fenders and even a lower hood. The end result will most definitely be a car with more road presence that will still look like a Camry.

One of the areas where the current models excels is inside the cabin. Here, while the design is not the most up to date, it is highly functional.

The upcoming car seems to take inspiration from this. However, this time around the look of the car is going to get a lot more modern than before.

This should be achieved with the help of a slimmer center stack, a more driver-oriented dashboard as well as less buttons.

However, things like the two cup holders, the massive amount of storage spaces and the great materials should all be seen on the new car.

Some suggested that Toyota would drop the V6 engine from the 2018 Toyota Camry. Well, while we would tend to agree, the V6 is an important part of the car.

The base model of the new Camry is expected to feature an updated version of the 2.5 liter naturally aspirated inline 4. With a few minor improvements this should offer a similar amount of power as before but with slightly better fuel efficiency.

The V6 on the other hand, while a great engine, will have to go. In its place we will see a 2 liter turbocharged inline 4. This engine can also be found on the Lexus NX200. However, on the Camry it will be a bit more potent.

In fact, it should be capable of at least 260 horsepower and 270 lb-ft of torque which will make it quite impressive to drive for sure. Also, like before, an all wheel drive system will be available as an option.

This will definitely improve the way the car drives and it should make it a great all-weather companion. The old six speed automatic should be replaced by an eight or nine speed unit that will offer faster gear changes in a lighter package.

Read More:  2018 Suzuki Jimny - Furthest Thing From the Cliché That Exists in the Automotive World

Even though it has been around only since 2014, the TLX received a major facelift a few months ago. The …