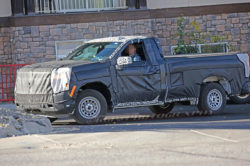 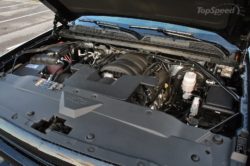 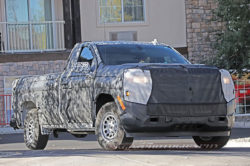 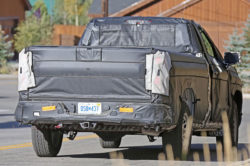 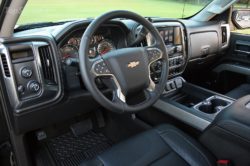 Chevrolet’s Silverado saw between 500k and 600k of annual sales figures in past three years. Note that those are huge numbers for any automotive class and despite Silverado saw bigger of those in the past, there were more years when it experienced much smaller ones. Current model debuted in 2013 while a brand new generation or 2019 Chevrolet Silverado await its reveal probably at upcoming 2018 Detroit Auto Show. In the full-size truck surrounding, where the life span of certain product easily extends to a decade, GM decides to replace this one after meager five years. Why? Because despite huge sales success, Ford’s F-Series is still a much bigger one, and there are more than few flaws with this truck that could be addressed.

The new generation should bring engine lineup up to date, and that would mean the introduction of diesel option and use of turbochargers with petrol ones. GM offers diesel mill with its mid-size trucks and naturally with Heavy Duty ones, but Ram’s introduction several years ago of compression ignition option for its regular full-size truck starts to draw others to the game. Ford is doing it too, so will the Chevy.

Presently there are two turbocharged units at disposal, Colorado’s 2.8-liter L4 or HD’s 6.6-liter V8, but GM could also appear with something totally new. Miracles of turbocharging won’t affect current 4.3-liter V6, 5.3-liter V8, and 6.2-liter V8, which will carry over, but presumably with certain power and efficiency boost. Yet, new entry-level engine option, most likely in form of four cylinders joined by the turbocharger, suiting the fuel minded appears to be on the future menu. Finally, 6-speed automatic will be replaced with 8-speed one, while 10-speed version should exist with top engines and trims.

Current Silverado ride on underpinnings which precedes this generation and that is something you can fill once on the road. The new one will bring fresh platform which should make already “light” truck (compared to rivals, not anything else) even lighter and that would be achieved by use of aluminum for certain parts of bodywork. After huge debunk campaign aimed at Ford’s use of same metal, one would have thought that implementation of same is a mortal sin to GM!?

Still, they are certainly not going as far as touching the steel bed for sure. Since we mentioned the open space at the back, note that regular and HD versions of Silverado trail Ford at this moment in almost all payload figures, while 3500 HD model lags behind F-350 by close to 10,000 pounds in maximum towing ability. Expect GM to properly address those numerals with upcoming 2019 Chevrolet Silverado.

Silverado looks brutish and macho and we would count on continuation of the same recipe for new one. Spy shots reveal little due to the heavy cladding, the only thing certain is the relocation of the side mirrors from the window corners to the doors, while it seems that headlights and daytime lights remain separate pieces.

Giving that this Chevy looks plenty imposing hence alluring for a truck today, the bigger upcoming novelty would be new interior. The current cabin is designed more as axed than a chiseled woodblock while steering wheel is incredibly annoying with its off-center position. Fortunately, spy shots reveal completely revamped cabin which will probably deal with both of these issues, but there is also more to be tackled as Silverado at the moment lacks the whole array of luxury amenities like adaptive cruise control, push-button start, massaging seats or heated rear ones.

Lack of opulence features might seem fine when you cash out $29k for the base version, but certainly not pleasant when you splash $57k for top High Country one, so if new one remedy this, splurging piles of cash on biggest Chevy’s truck might come as an easier chore.