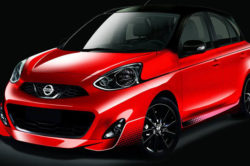 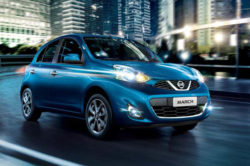 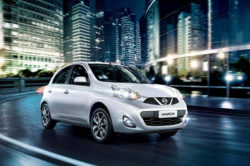 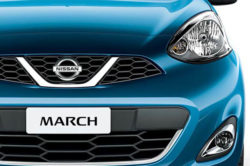 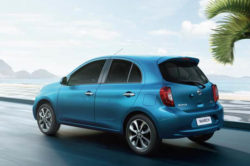 Nissan released an all new Micra a few weeks back and it is a really impressive car. However, it seems that the older model will not be discontinued as fast as we first thought. The Micra is sold under a few different names such as the March in Brazil. A few days back the Nissan March Midnight Edition was showcased, a car based on the previous generation Micra. This is a rather interesting move considering that the new version is expected to be released in Brazil next year. So far there is not that much information on the Midnight Edition.

However, it seems that the car might be something a bit more than just a concept. The car revealed a while ago is just a render. It seems that Nissan might release a special edition model to mark the end of this generation.

This would make sense and it is a tactic used by many other manufacturers. Considering all the upgrades over the base model, we expect the Midnight to be sold in a limited number for around 10 to 15% more than the price of a regular top end version.

The car gets exterior changes, likely some upgrades under the hood and likely a new interior as well.

Based on the older model, the Nissan March Midnight Edition is still quite special to look at. In fact, we could say that it might even look as an entirely different model for some. The front end has been heavily revised with a new bumper, headlights, hood and fenders.

The car gets a much larger air intake in the bumper, similar to what we can see on some high performance cars. The headlights have been accented with a dark chrome which really elevates the look while the regular grille now features a new honeycomb design as well as the same dark chrome found inside the headlights.

The wheels seem to be the same as before but painted black and the same can be said about the mirrors. The Mightnight seems to come in a candy red shade accented by a black roof with black accents on the front bumper and side skirts.

So far not much has been said about the cabin of the car. The base design will likely remain the same with what can be found on the regular March.

However, the special edition gets a glossy black finish on the steering wheel, infotainment system frame and window switches. Buyers will also likely be able to select contrasting red stitching for the interior as well.

Unfortunately there has not been any type of information with what the Nissan March Midnight Edition will feature. If the car will be released as a production model then expect it to be similar to the regular model.

This features a 1.6 liter naturally aspirated engine good for 106 horsepower and 105 lb-ft of torque. While not much, this should be more than enough for a car this size. Being a special edition, Nissan might throw in a couple of upgrades to further boost the car’s value.

For starters, a specialized induction kit might be added which could improve the sound of the engine and provide a smoother torque curve. On top of that, the engine might receive a small software upgrade to boost its output closer to 110 horsepower. It is worth mentioning that these are just rumors at this point.

Some suggested that the car may receive a new engine based on the new generation turbocharged inline 4 units Nissan has. However, considering that the new generation of the Micra has already been launched, it is highly unlikely for the older model to receive further upgrades.