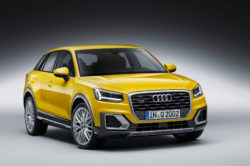 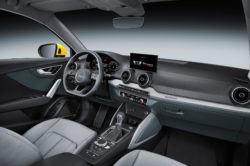 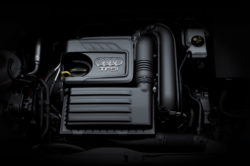 The Q2 has been revealed last year and it has been available in most of Europe since the end of 2016. Unfortunately though, the car hasn’t been available in the US, or most other markets around the world, so far. It looks like Audi is still trying to figure out what versions of the car to release in order to allow it to be successful. Not that long ago rumors about the updated 2018 Audi Q2 started to appear on the internet. It looks like this may be the car to be released worldwide and it may come with more engines as well as more features. For now the Q2 is basically an A3 on stilts but with actually less gear than its sibling. The update would solve that and it would allow the car to succeed on the more demanding US and Canadian markets.

Well, the platform and most of the car’s running gear will likely be carried over unchanged to the US model. However, a front wheel drive version of the Q2 is highly unlikely in this market. Instead, expect it to come as standard with Audi’s usual “quattro” all wheel drive system as well as with a few interesting extras. There is no word on the car’s release date or even its pricing.

Even so, it is safe to assume the Q2 will be revealed for the US market by the end of the year. Its price is more than likely going to mirror that of the A3. Because of that expect the tiny Q2 to cost in excess of $30,000 which is quite a bit more than what the European model costs. This is because the US version of the car will also come with a lot more kit as standard.

An upgraded interior is possible

The base version of the ongoing Q2 is rather basic when it comes to kit and it features less than ideal materials. It looks like the base 2018 Audi Q2 meant for the US market will be similar to a mid-range model of the current car. Things like a flat-bottom steering wheel, automatic climate control, Audi’s great MMI infotainment system, their all-digital instrument cluster and even the usually optional aluminum package may be all offered as standard.

On top of that, the sportier versions of the car are expected to receive contrasting inserts as well as sportier leather seats which are currently available only on the range-topping models. The car’s design won’t be affected much. However, the base model will likely get color-coded bumpers and 18 inch rims which are only available as optional extras on the European car.

Still no hybrid on the horizon

Some suggested the 2018 Audi Q2 will receive a hybrid powertrain good for over 200 horsepower. Unfortunately, it looks like this it not really true. Instead, the base version of the US model is expected to boast a 2.0 liter turbocharged inline-four engine which is also available in Europe. However, this is expected to receive a small bump to over 200 horsepower and 250 lb-ft of torque. The car is more than likely going to receive a new generation 7 speed DSG automatic as standard.

This powertrain should be more than enough to allow the Q2 to trump its rivals. Some also suggested Audi may offer a front wheel drive model of the Q2 in the future. While this is unlikely for some parts of the US, it may be a success in areas like California where all wheel drive cars are not needed. This would likely use a smaller 1.5 liter turbo-four offering around 150 horsepower and 180 lb-ft of torque. With cylinder deactivation, this engine should be capable of well over 35 MPG on the highway, thus making the Q2 the most efficient car in its class.