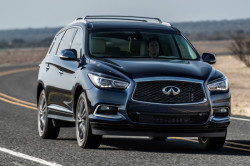 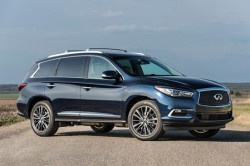 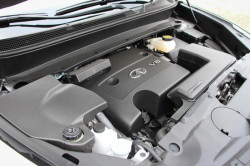 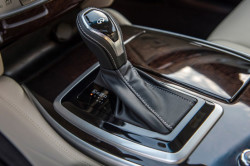 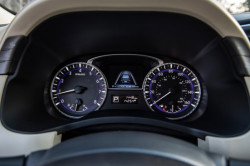 The QX60 is a stylish people carrier which has just been revised for the 2016 model year. The car now comes with a new look, slight upgrades inside the cabin and that’s about it. While it would usually be bad, these are great news because its close sibling, the Pathfinder, got rid of its hybrid powertrain which was one of the nicer types of hybrids on the market.

The result of this is the 2016 Infiniti QX60 Hybrid which will continue to be sold on the US market for at least a couple more years.

The car is still using the same engine as before and most of the changes are aesthetic. However, considering the price of the car and the actual equipment level we are perfectly fine with that.

The platform still is that of the Pathfinder but Infiniti now worked a lot on the car’s running gear, direction system as well as engine mounted system in order to make it more refined to drive and slightly less noisy on the road.

The car now comes with liquid-filled engine mounts, new shocks and softer springs as well as more welds in key areas which should reduce the NVH levels of the car considerably while offering a more comfortable and relaxing ride than before.

Despite the softer springs, thanks to the re-tuned anti-roll bars, the car should now be more controllable in sharp corners. The base model of the hybrid will still start around $45,000 which allows it to remain the cheapest in its class.

Under the hood, the 2016 Infiniti QX60 Hybrid is rocking a 2.5 liter supercharged inline 4 petrol engine which can provide, all by itself, 230 horsepower and 243 lb-ft of torque.

The only transmission of choice is a CVT gearbox which drives all four wheels. Unfortunately Infiniti is not offering lockable differentials but the car does come with a limited slip rear differential which is more than enough to allow it to go over pretty much any type of road surface.

Some rumors suggest that in the near future, instead of the old 2.5 liter supercharged inline 4, Infiniti will offer a new 2 liter turbocharged mill which is expected to make just as much power as the larger engine but with a much better fuel consumption. The electric motor is also expected to be replaced by a more compact and more powerful version.

Design wise, the 2016 Infiniti QX60 Hybrid received minor changes over the older model. The back of the car only boasts new graphics for its tail lights with new LED clusters.

However, the front end received a bit more attention so there is a new grille, a new pair of headlights rocking standard Xenon low-beams as well as a new bumper with a slightly wider air-dam.

These changes make the car look more in line with the rest of their models and allow people looking for a three row crossover to get something a bit more unusual than the usual German luxury car.

The interior of the car is unfortunately identical to that of the older model and the only upgrade here is the addition of a new infotainment system which now supports Apple CarPlay, Google Android Auto as well as a generic phone-mirroring software, allowing people to use their phones via voice commands with the help of its standard Bluetooth connection.

Mostly called Pajero across the seas, North American models of the boxy full-size SUV were named Montero. While Montero can’t …