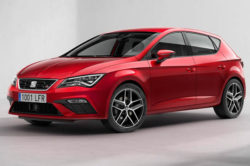 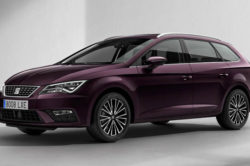 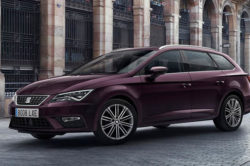 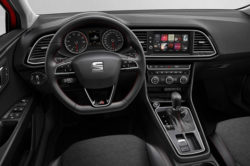 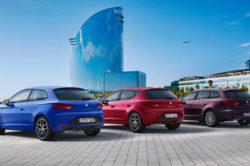 The Leon is one of Seat’s best selling cars and it has just received an update a few days ago at the Paris Auto Show. The new model will be available for sale starting with the first month of 2017 while its top end versions will be released shortly after that. The small update is meant to bring the car in line with VW’s latest cars and we have to say that they did it. However, the 2017 Seat Leon Facelift is still not perfect. The car is still missing some important traits and its looks did not change as much as we hoped.

The new Leon is nothing more than just a really mild upgrade of the previous model. It looks nearly the same, more on that later, it drives the same and it comes with pretty much the same engines as before.

However, the interior has been improved quite a bit while the quality inside the cabin should have increased by now. The price of the car is likely not going to change much.

This means that, depending of the market it will be sold in, the new Leon will start at roughly €16,000 and it will go up from there.This is a very good starting price considering that the car is basically the same as the Golf, only cheaper.

Just as we mentioned above, the 2017 Seat Leon Facelift did receive a few upgrades on the outside. Seat said in an official statement that the front and rear aprons are new while some new color schemes and wheels have been added.

After the model has been unveiled, we can see a few interesting features of the car. For starters, the grille seems to be wider and it is now surrounded by a small chrome insert.

On top of that, the front bumper is all new both on the base model and on the FR while the rear has been changed slightly as well. The basic shape and most of the lines that we seen before are still here but this is to be expected on a midlife facelift.

The new Leon also gets a better interior than before and this time around it is more than just a small update. For starters, the infotainment screen has been replaced by a larger 8 inch unit on all versions except the base model.

This features a better resolution as well as a nicer interface. The instrument cluster has been revised slightly with a better information screen.

The car also received wireless charging, an electric parking brake and LED ambient lighting. Seat will offer on certain models a semi-autonomous driving system which will work at speeds of up to 60 km/h.

Most of the engines found on the previous model can also be found on the 2017 Seat Leon Facelift. However, there are two brand new base engines. The 1 liter turbocharged inline 3 found on the Golf has also been added to the Leon.

A six speed manual or a seven speed dual-clutch will be available in either of them. In the near future, the Cupra is also expected to receive some upgrades.

The 2 liter in it has been rumored to provide closer to the 296 horsepower provided by the Golf R.Combining that amount of power with a much lower price should make the Cupra a steal in the hot-hatch market.