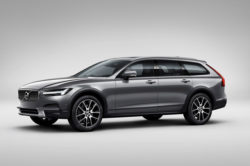 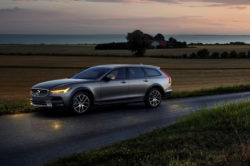 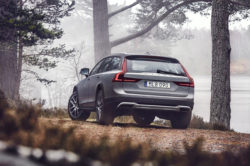 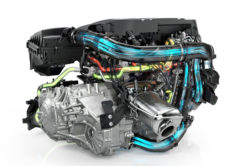 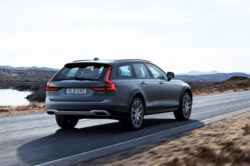 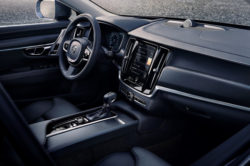 While some manufacturers prefer to get things going with their lower end models first, Volvo is doing it a bit differently. They started with the top end XC90 and followed shortly with the S90, V90 and more recently, the 2017 Volvo V90 Cross Country.

The latter has been revealed only a few weeks ago and it is, by far, one of the most interesting cars to be revealed recently. Like its name suggests, the Cross Country is the slightly upgraded version of the regular V90 wagon. These upgrades mostly happen underneath the car but its exterior has also been slightly altered in order to make room for the extra parts.

It still is a bit too early to say anything about this. However, Volvo was confident enough and revealed the official pricing scheme for the car. The base model will start at just over $56,000 which is roughly $3,000 more than the regular V90.

There are a few available packages out there as well which will add quite a bit of value to the car. One of the most interesting aspects about the pricing scheme is the fact that the car has only been announced in the T6 trim level so far.

The regular V90 is expected to cost more than that which makes us think that the base V90 Cross Country will also be available in an announced T5 at the price point suggested by Volvo.

Even though the 2017 Volvo V90 Cross Country is more expensive, and heavier, than the V90, it gets the exact same engines. In fact it shares the same engines as the other 90-series cars.

However, this may not be the case for the base T5 engine, so it remains to be seen closer to the release date. Both engines will get an eight speed automatic as standard. The European market will also add two diesel engines on top of the two petrol engines mentioned above.

A hybrid is also expected to be offered at one point or another. This should combine the T6 powerplant with an electric motor for a total output of 400 horsepower and 472 lb-ft of torque.

How does it look

Some could say odd but we do think the 2017 Volvo V90 Cross Country is a unique car. This is both good and bad. There are buyers out there who do prefer these types of cars but it doesn’t appeal to everyone. It offers the exact same body shape as the regular V90 wagon.

However, the Cross Country is noticeable taller than its sibling and it does add a lot of plastic cladding on the sides. This should protect it from rocks and debris. The wheels are bigger as well and with the help of the restyled front and rear bumpers, it should be just as good as a true crossover off the road.

However, the car will definitely be better on the road where it has the advantage of a low center of gravity and a really aerodynamic shape.

There are no surprises here. The V90 Cross Country is identical to the S90 and V90 cars. It features the same dashboard with the large center screen and really minimalistic look.

Also, even though it is a crossover, it offers just as much space as the V90 wagon. The only drawback we see would be when taking it off-road and making it dirty which doesn’t look as good on a wagon as it does on a crossover.

The all-new 2017 Cadillac XT5 is made with the intention to replace the ongoing Cadillac SRX crossover. It is expected …