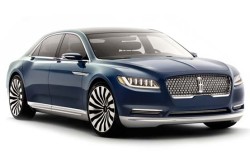 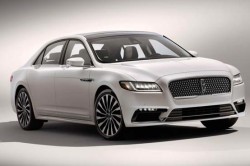 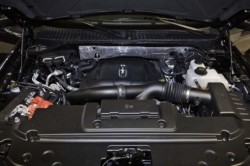 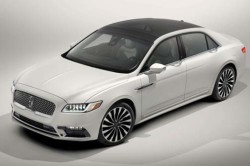 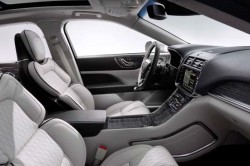 The Lincoln car company announced that the concept car we’ve seen at the 2015 New York Auto Show is ready to enter the production. The company puts great hopes in this model to once again take the flagship role it once had and revive a legendary name that hasn’t been used since 2002. The Lincoln president Kumar Galhotra stated that the new 2017 Lincoln Continental embodies the company’s new philosophy of “quiet luxury”, “effortless power”, and “serenity”, which means that they are focusing on an elegant and pleasant experience, alongside remarkable performance.

The new 2017 Lincoln continental will look amazing, but design won’t be particularly expressive. Nevertheless, it comes with sharp and modern lines, a rich and roomy cabin and a powerful 400 horsepower turbocharged V6 engine. It is certainly enough to make this vehicle very promising.

Under the hood of the new 2017 Lincoln Continental, there will be a 3.0-liter V6 turbocharged engine that is capable of delivering up to 400 horsepower and 400 pound-feet of torque.

This is the engine Kumar Galhotra had in mind when he mentioned “effortless power” earlier, and it is designed especially for Lincoln. Other engine options which will be less powerful will be added later in the production.

It will include a naturally aspirated 3.7-liter V-6, and a twin-turbo 2.7-liter V-6. For the Chinese market, Lincoln will offer a 2.0-liter turbo four. All engines will be paired to a 6-speed automatic transmission, and front-wheel drive will be standard while all-wheel drive comes as an option.

The new Continental will have three drive options available: Normal, Comfort, and Sport. Adaptive steering system is also available which improves the off-road response and the car’s reaction on harder terrains.

The new 2017 Lincoln Continental features very distinctive and unique look. It features very athletic but at the same time it is very elegant.

Unlike some Infiniti and Lexus models of similar size, its exterior look isn’t so dramatic but it is a real head turner.

The front features new one-piece grille featuring a signature Lincoln Star mesh in the middle, and unique LED headlights, followed by LED lights at the bottom of the front.

There is an innovative E-latch door handles, that hosts a tiny button, and when given touch, the door electronically opens, and they close themselves shut when the driver gets in.

This allows the driver to get in the car in a single smooth motion, while the flowing lines of the car remained intact. Once again the word “effortless” used by Galhotra describes the new Continental.

The interior of the Lincoln Continental is very comfortable and uniquely designed. With Perfect Positon Seat available there will be up to 30 different ways of movement, and you can adjust the seats just how you want to, making it your personal comfort zone.

It is obviously that the company is playing its luxury card and they certainly did a great job with new Continental.

The new 2017 Lincoln Continental will hit the markets in the fall of 2016. The price will be around $50,000 and it will be assembled in Flat Rock, Michigan.