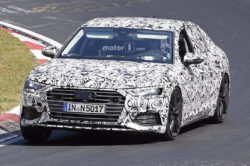 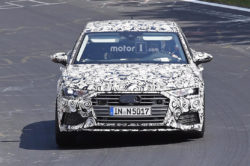 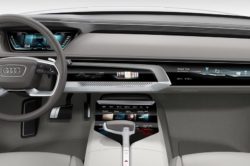 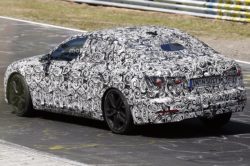 Despite crossovers rule the sales charts, mid-size luxury sedan segment is still packed. Plus, many automakers are working hard of elevating their products in different areas, whether it is the luxury (Merc, Volvo), driving enjoyment (Caddy, Jag), or expressive way of styling (Lexus, who else?). Certain brands are gaining a foothold (Genesis), others are reinventing themselves (Lincoln), but all and all, it is pretty live out there. Audi usually takes seven years to bring a replacement for its segment’s pundit, giving current commotion in the segment it shouldn’t fail now to do so. Though with a slight delay, but surely 2019 Audi A6 is on the way, expected to debut next year.

We know that Prologue concept dictates the styling of future Audis, including upcoming A6. Latest A8 already benefited from sleek styling approach featured on mentioned concept when compared to cumbersome predecessor, while smaller sibling has potential to go further. Spy photos revealed that new generation is bringing wider, sharper and more angular grille, now, even more, dominating the fascia, which inevitably became reality when new A8 debuted with the same recipe.

Test mule shows that headlights are not sleek as Prologue’s one, but they are slimmer than ones used on A8, and it seems that they are retaining partial enlargement in lower part as current ones or ones used in present A4 and A3. Masked specimen caught by spy photographers used decoy tail lights so we are not going to speculate on them yet, but we are going to do so with that new sleek roof. Things that least change with every new Audi is definitely side profile, but Ingolstadt obviously has a modification of course in mind. Roof features evidently larger slope and the tail is significantly shorter bringing hints of A5 Sportback’s refined elegance, which would also do wanders for currently rather a plain solution.

No photos of the interior yet, but new A8 is a certified indicator of what should we expect. The process of digitalization goes on or more like shift into top gear, as the whole array of buttons is silently waiting for euthanization.

The Virtual Cockpit is becoming a norm for four ring products, finally for A6 also, while center console should follow bigger brother approach and settle with the haptic touch screen instead of usual heard of buttons and knobs. Expect extra inch here and there to improve cabin space and boot, while expectations of impeccable build quality and maturity of visual elegance are not under questioning. 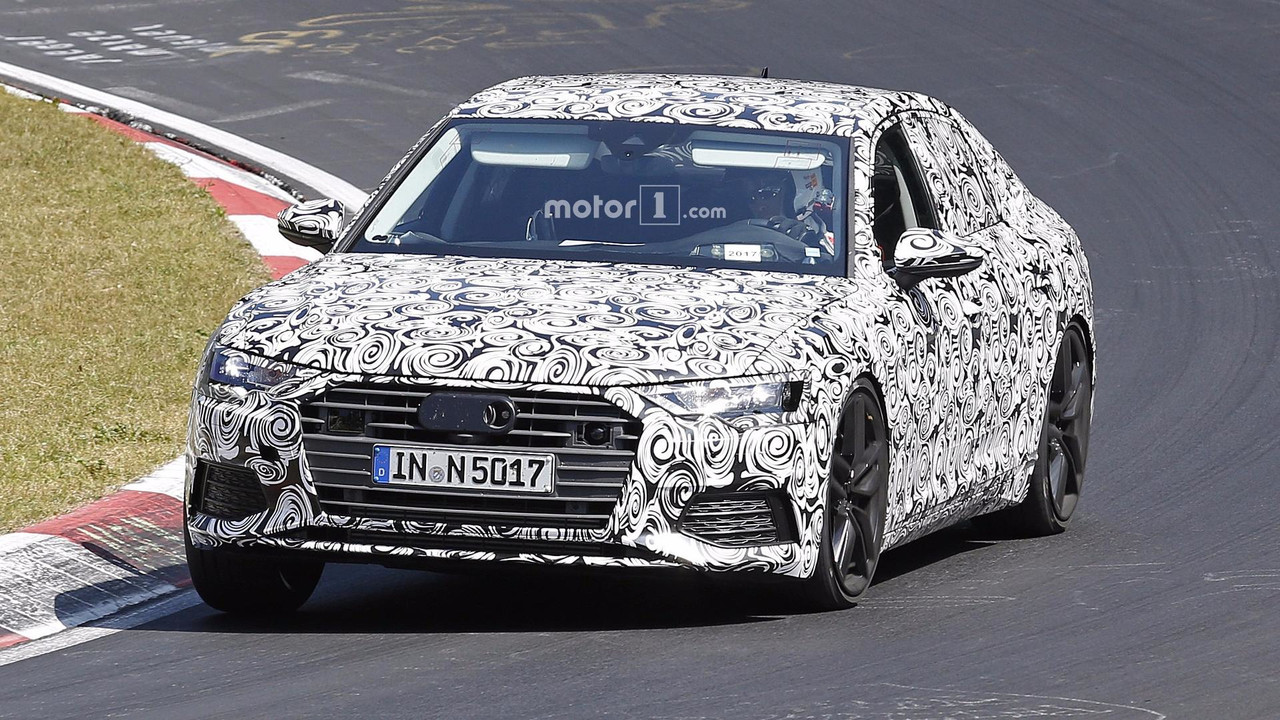 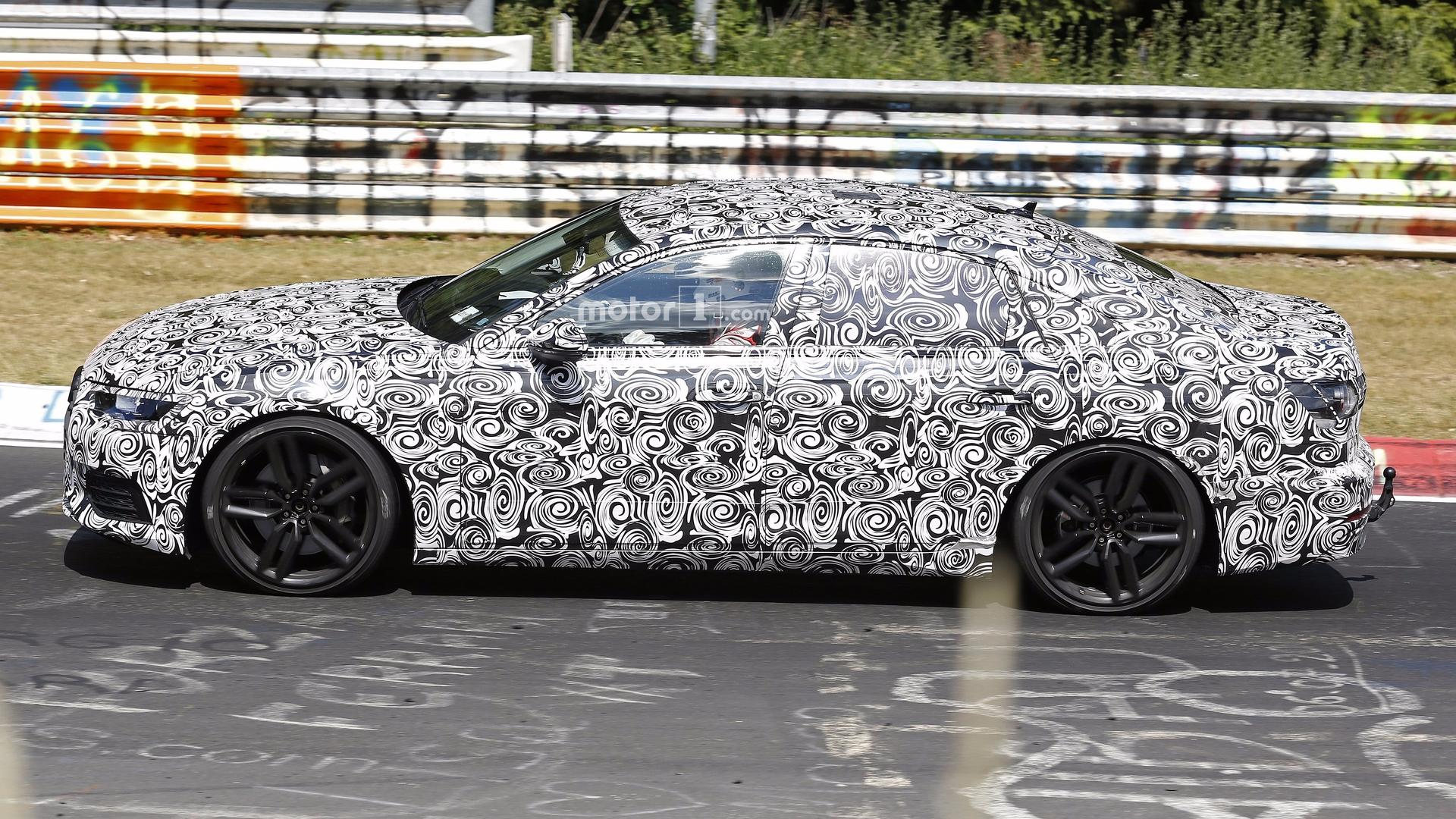 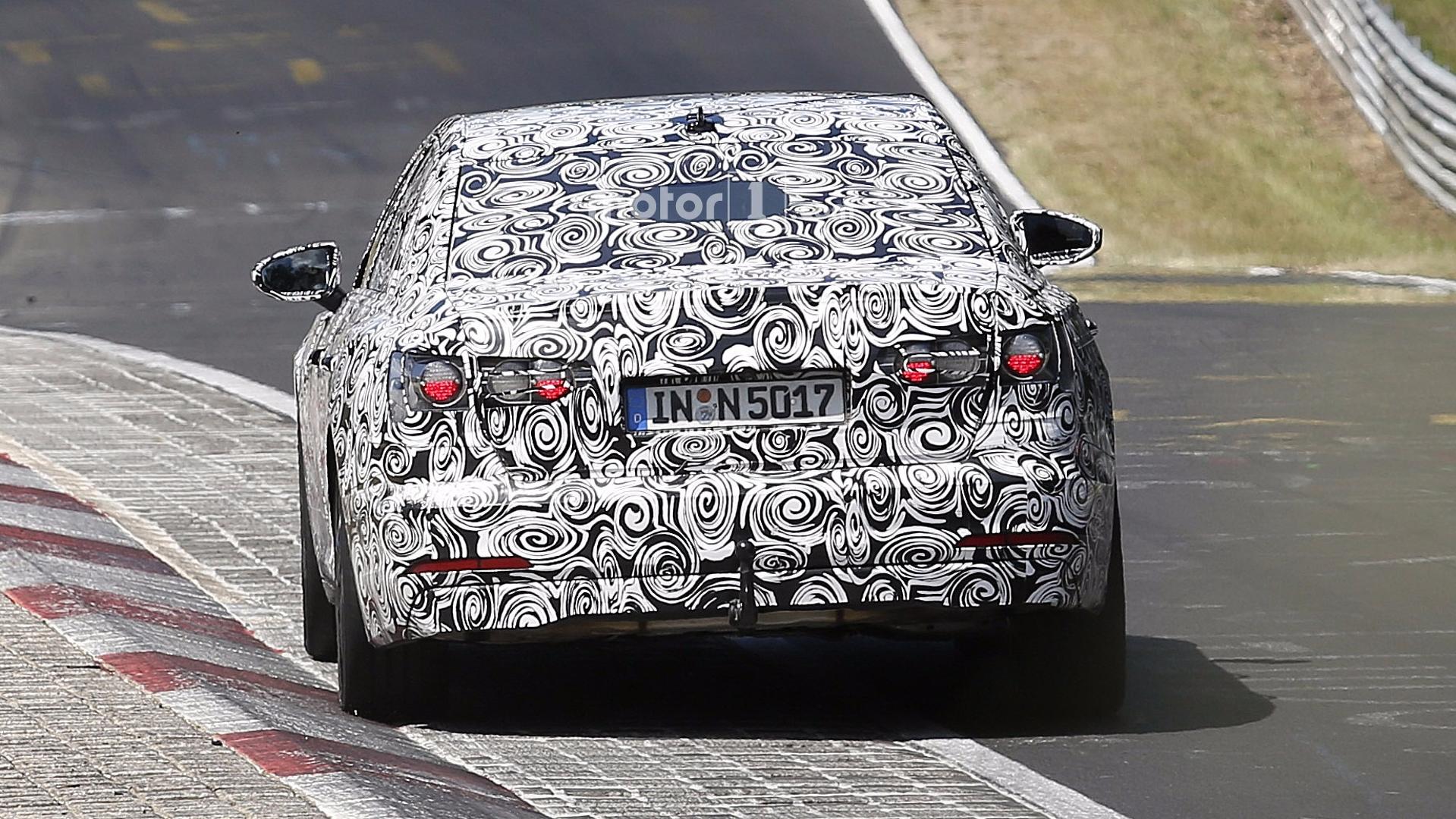 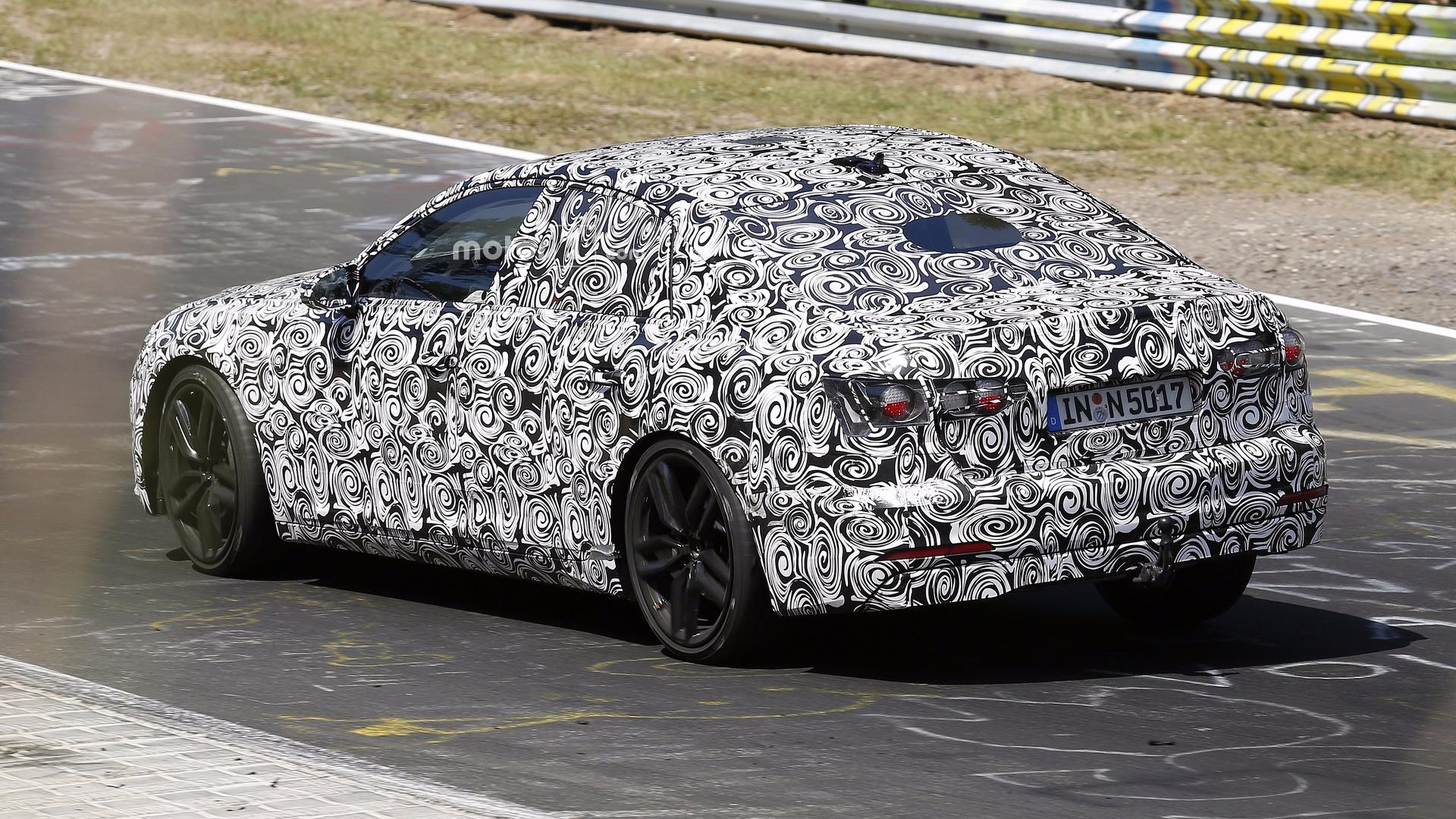 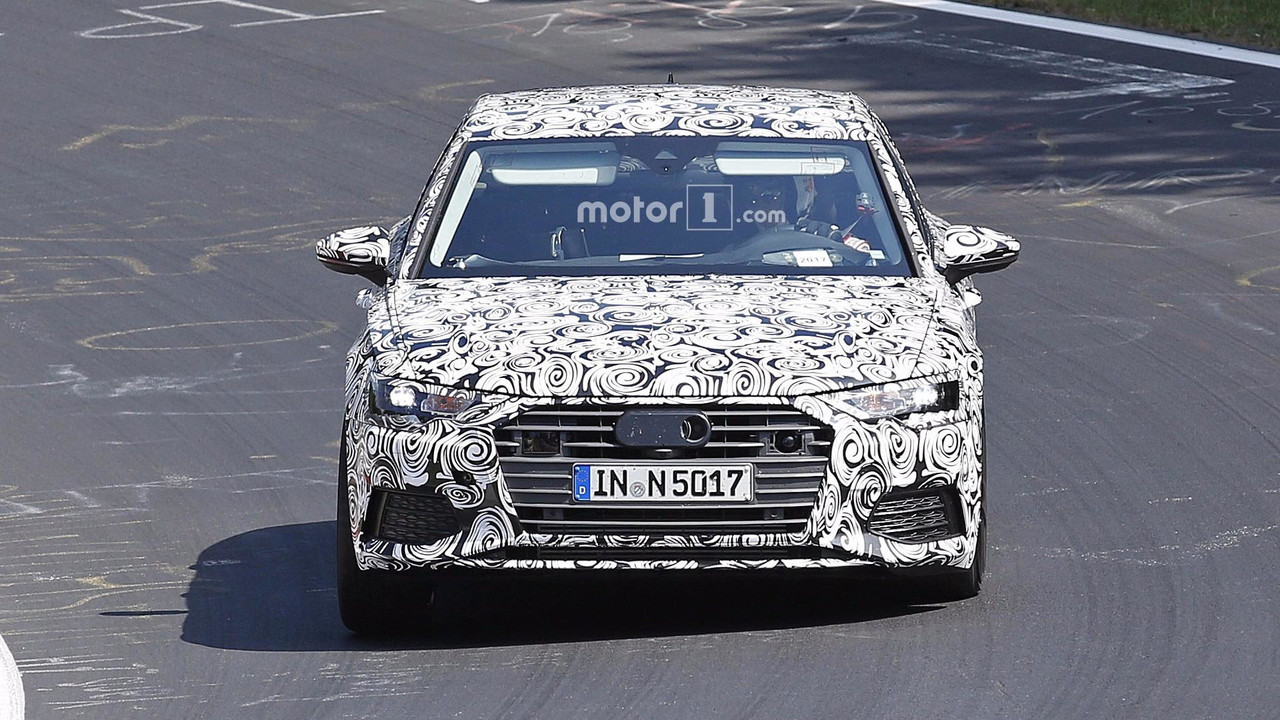 Expect offer of four and six cylinder engines with various outputs, all helped with miracles of turbocharging. Audi is very dedicated currently to the introduction of electricity into its lineup, whether in form of pure EVs or in shape of hybrid powertrains. Maybe shockingly, new A8 comes exclusively as a hybrid with every engine offer that it has. Still, apart from plug-in version, in all other cases, we are talking about very mild hybrid configuration or just a hybrid assist technology incapable of moving a car in pure EV mode.

Anyway, change is tremendous and it would be interesting to see whether A6 follows the suit. Besides that, updated platform brought by bigger sibling signifies less weight, while hot RS label is probably destined to stick with Avant (estate wagon) body and twin-turbo 4.0-liter V8, though expect power to break 600 hp boundary. S6 version might drop current V8 in favor of new twin-turbo 2.9-liter V6, which currently in new RS5 makes same horsepower figure, but that is left to be seen.

Finally the price. 2019 Audi A6 might see some price bump, but probably nothing significant as it has to battle fairly fresh 5-Series, E-Class, Continental, and S90, in other words, lots of them. That means that starting point of around $48k have a chance of carrying over, while hotter iterations remain with a serious surcharge of $24k for the S letter. If RS does arrive at the States, feel free to anticipate area close to six figures number.