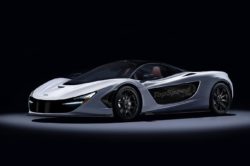 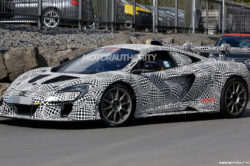 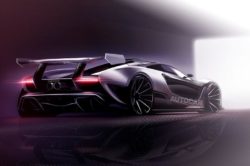 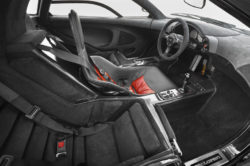 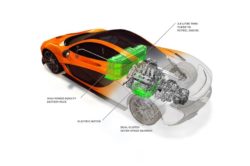 Now that McLaren released their brand new 720S it seems they shifted their attention to the upcoming model. So far it seems this is going to be the future 2019 McLaren P15, a successor for the P1 and not the 675LT like most rumors suggested. It will also not feature the three-seat layout of the F1 mainly because the car to do that will be the upcoming track-only BP23. This means the P15 is set to become their new Ultimate Series car and most likely their street-legal flagship. At this point there is still little information about it. Even so, the car will most definitely use McLaren’s new MonoCageII platform which will be built in-house. This will allow them to save weight and costs and it should mean a more capable vehicle than before.

Even though hybrid is likely the way to go for the future, the P15 doesn’t seem to use this type of technology. Even though the car will become their flagship for a while, it will not cost as much as the P1. In fact at this point it seems that most rumors suggest a base price of around $450,000 which is considerably less than the P1. This would allow McLaren to compete with cars like the Aventador and it should give them a good boost to their sales.

This is the biggest unknown factor about the 2019 McLaren P15. Even though the car will be a brand new vehicle, it seems it might still share a lot of design cues with the 720S. This is also the case with some of their lesser models which seem to be just variations of the same car. Expect the P15 to boast a really similar front end dominated by the triangular design cue.

However, the rear of the car, and possibly the aerodynamic package, will be all new. Expect a much more aggressive splitter and diffuser, a bigger rear wing and likely new active aerodynamic features. The end result should be a far more capable car than their 720S while still being usable on the street.

Like their other current models, the P15 will feature two seats and not three like some suggested. This will still allow McLaren to use their new platform while offering a relatively affordable hyper-car.

The cabin is more than likely going to be quite similar to the 720S. We expect the two to share the same instrument cluster and likely the same infotainment system. The seats are bound to be different while the materials should feel a tad better on the P15.

It is safe to assume the 2019 McLaren P15 will use their brand new 4.0 liter twin-turbocharged V8 engine. This has been developed in cooperation with Ricardo and it is in fact an evolution of the older 3.8 liter engine. This is expected to offer around 790 horsepower and north of 700 lb-ft of torque and it should allow the car to be faster than the P1. Even though it would still be around 200 horsepower down, the P15 will weigh with up to 600 pounds less than the P1 which is an already light car.

Thanks to that it should be able to outperform the P1 in all categories. The 7 speed dual-clutch gearbox, as well as the highly complex electronic suspension setup, are going to be retained for sure. The best part about the P15 is that it won’t interfere much with the driver thanks to not featuring an electric powertrain. This means that it won’t be as efficient but this doesn’t matter as much for most of its future buyers which are looking to get the best possible driving experience from the car.