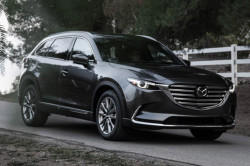 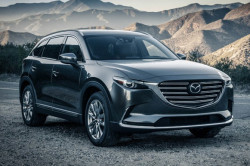 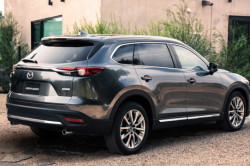 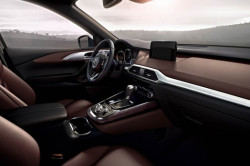 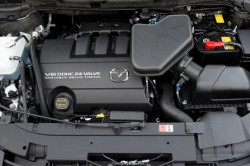 Back in November last year, the all new 2016 Mazda CX 9 has been released, a car which shared nothing in common with its predecessor. These are great news because it means that Mazda used their all new SkyActiv technology for the new car and this shows in every aspect of the car. It is lighter, more efficient and more powerful than before and its looks a lot better as well. However, while most other manufacturers look to offer the most amount of power in their class and the highest top speed or acceleration figures, Mazda went on a slightly different path.

Instead of offering the highest numbers in their class, they took a few of their competitor’s cars and studied them thoroughly and then they surveyed the market and decided what its best for their customers. They have seen that many people use their cars at really low rpm levels and this is especially true for three rows crossover so Mazda went ahead and created the perfect car in their eyes.

The price is still unknown for the latest CX 9 as it is not really available for sale just yet. However, we do expect the car to start around $31,000 or little over that which would put it on the same level with most of its direct rivals.

The design changed a lot as well and while the car is smaller than before, it has a longer wheelbase and it is wider, so the proportions are spot on.

The front end is using Mazda’s well known design scheme which can also be found on all of their other models while from the side or from the back it is clear that the car is something more than the CX3 or CX5.

The interior of the 2016 Mazda CX 9 looks to be very similar to that found in the Mazda6 sedan. However, just as you would expect from a crossover, the driving position is taller and thanks to the larger windscreen, the car does offer a lot more visibility than its siblings.

The dashboard is nearly identical to the sedan as well and the materials of choice are quite good considering the class it belongs. The biggest upgrade over the previous model is the larger wheelbase which allows for more room for both the middle and third rows of seats without having to lose trunk space.

Under the hood, the 2016 Mazda CX 9 is available with one engine and that’s it. However, this engine is something special and certainly something that most manufacturers did not want to install on their models.

Mazda went ahead and turbocharged their 2.5 liter SkyActiv inline 4 petrol engine but instead of delivering crazy amounts of power, they tweaked it so it offers the most amount of torque and the best driving experience under 4,000 rpm which is where most of its buyers are ever going to use it.

The engine makes a hefty amount of torque at 310 lb-ft of it at just 2,000 rpm. This means that the car feels lively and it will pull away in pretty much any gear without having to struggle. In terms of power, the engine will make 227 horsepower and 87 octane gas and 250 horsepower on 93 premium.

The best part about this though is that the torque figure remains unchanged and it will be able to deliver that amount of power on any type of fuel while offering up to 22 MPG in the city and 28 MPG on the highway which makes it the most efficient non-hybrid seven seats crossover on the market.

Alpine is one of those forgotten sports car nameplates from the golden years. After Renault subsidiary’s discontinuation in mid nineties, …