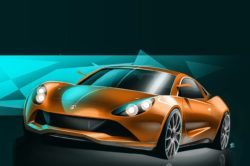 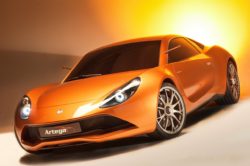 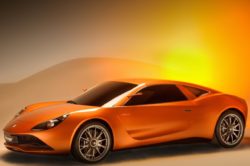 Not that long ago the 2017 Artega Scalo Superelletra Concept has been showcased. So far the company only revealed the 3D renderings of the car as well as the specs. The production vehicle is still missing but this is not really a surprise. Its design is mostly based on the Artega GT, their first and only car. This has been made for a short 3 years before the company went bust. Not they are trying to get back into the game with an all new type of car. If it will be successful it remains to be seen but the Superelletra has a lot going in its favor.

The price hasn’t been revealed but it seems it might cost between $500,000 and $1 million. This is considerably more than the car before it. However, Artega is trying to secure a spot in the high performance electric car market and the entry fee is usually not cheap.

Even though it might seem reminiscent to its predecessor, the Scalo is not designed by the same person. While the original was envisioned by Henrik Fisker, the new car has been designed by Touring and it seems it might be built by the German coachbuilder.

So far they haven’t released any pictures of the interior of the 2017 Artega Scalo Superelletra concept. Despite that the company’s CEO did say that this is a 3 seats car. Because of that it is safe to assume there is a center-mounted steering wheel with the driver right in the middle of the car. This not only provides a great driving position but it basically gives nearly perfect visibility all around the car. The two passengers are likely behind the driver in a staggered setup. The materials, tech or even the final layout or unknown but we wouldn’t be surprised if the GT is used as inspiration for the Scalo. Some VAG parts might also be used in its construction despite its much higher price tag in order to save research and development costs.

The design of  Artega Scalo Superelletra

As we said, the 2017 Scalo is quite similar to their original car. This is not a bad thing, especially since the original pretty much looked like a mid-engine Aston Martin. The new car on the other hand moved away from those design traits.

However, it still looks like a Porsche 918, at least in the front where the two cars are way too close to be just a coincidence. Touring did say that the car’s design has been heavily influenced by function with the hot-air exhausts or the battery cooling ducts. The rest of the design is quite simplistic and not really fit for a car meant to cost nearly $1 million.

The 2017 Artega Scale Superelletra concept is set to use two electric motor. The one in the back is good for 500 kW with the one in the front delivering up to 350 kW. They also said that the car will feature a torque vectoring system but this would likely be quite hard to achieve, especially since they plan on making it lighter than 4,000 pounds. The torque vectoring would require gearboxes and sufficiently strong differentials to handle more than 1,600 Nm of torque. The car would be able to deliver up to 1,020 horsepower of continuous power or up to 1,278 horsepower as peak power. They haven’t released the battery specs so far but it is likely a big improvement over what is currently available in order to deliver so much power in such a short amount of time without being too heavy. Our best guess would be they are using something very similar to Koenigsegg latest batteries which are among the best on the market.

The 2017 Land Rover LR4 seems to take a bold leap into the future of luxurious SUVs. Granted, we don’t …