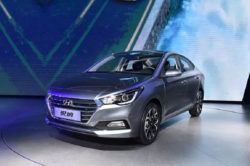 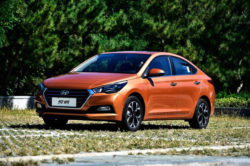 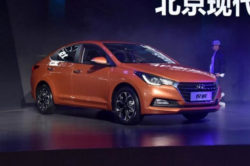 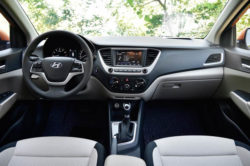 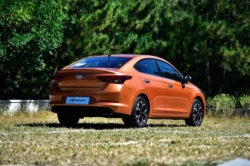 In order to better fit the markets they sold their cars in, manufacturers tend to release more versions of the same car. These are specifically tailored for an area and they usually sell better than an International model. This is exactly the case with the Hyundai Verna. The car is actually an Accent with some changes made inside and out in order to be more appealing to the Chinese and Indian customers. In order to keep the model on top, they released the new 2017 Hyundai Verna not that long ago. The car still shares most of its parts with the Accent. However, it looks fresher and it is also more powerful than before.

The car will become available in India starting with the early 2017 while in China it can already be purchased from select dealers. The new model gets a fresh design, a new interior and some changes under the hood.

The end result is a nicer car to live with everyday without having to compromise on much, if anything. In India the new model will start at roughly the equivalent of $8,500, price at which it will compete with the Logan as well as a few other entry level models.

Even though the competition is tough at this price point, the Verna does have a few advantages over its rivals.

The 2017 Hyundai Verna comes with an entirely new front end. Instead of building up on the older revision of the car, the new one gets a design inspired by the US and Korean models. The grille has been replaced with a larger hexagonal unit which really makes us think at the Genesis brand.

The headlights are larger and angled towards the back for a slightly aggressive feel. Like with most other cars in this price range, the bumper gets a small lip, a pair of fog-lights with angled housings as well as a new hood which really completes the look.

The car also gets new door handles, mirrors, wheels, pain options as well as a new set of tail lights and a new rear bumper. The end result is basically a new car.

Here the Verna received just as much attention as on the exterior. Here, the dashboard has been replaced with a more modern looking one. The center stack is easier to access and the buttons have been angled towards the driver.

There is a new 8 inch touch-screen infotainment unit, an optional climate control system, nicer air-vents as well as a new multi-functional steering wheel.

The seats are roughly the same as before and there is just as much space as before inside the cabin.This is not really a bad thing considering the Verna did offer a great ride quality from the start.

The 2017 Hyundai Verna has been launched with a set of petrol engines for the Chinese market. Both of these are naturally aspirated four cylinder units. The base one is a 1.4 liter engine offering 100 horsepower while the option comes in the form of a 1.6 liter unit with 123 horsepower.

Both of them are similar in fuel efficiency and both of them can be had with a six speed manual or an automatic version. The Indian version of the car will be a bit more different. This is expected to get two new diesel engines, a 1.4 and a 1.6 liter.

The former will likely provide around 90 horsepower and 225 Nm of torque while the latter will offer up to 125 horsepower and 260 Nm of torque. These have been used before on the car, so Hyundai expects them to become the bulk of sales shortly after release.