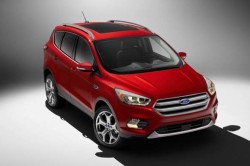 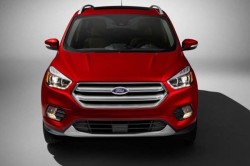 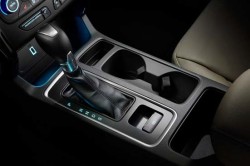 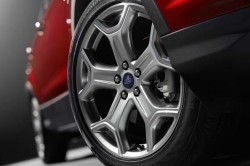 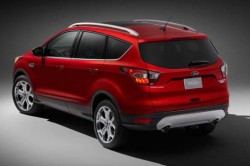 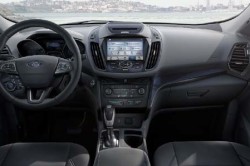 The Ford Escape has been sold by Ford since 2000 and it is jointly developed and release d with Japanese company Mazda. The Ford Escape is the best-selling SUV in the Ford’s lineup, selling more than 300,000 units in 2014 alone, and the new 2017 Ford Escape will be very much refreshed. It will add new technologies, new look in both exterior and interior, two new EcoBoost engines and a start/stop function.

The new compact crossover comes with many changes that will help break through the already rich market of small crossovers. The lineup will remain the same, with S, SE, and Titanium models, all available with front or all-wheel drive.

As far as the engine is concerned the S model will feature a 2.5-liter four-cylinder engine. This engine is capable of delivering 168 horsepower and 179 pound-feet of torque. New engines are designed for the SE and Titanium models.

They will feature a new EcoBoost 1.5-liter turbocharged four, instead of a 1.6, and a 2.0-liter turbocharged four-cylinder. The 1.5 engine will produce 178 horsepower and 185 pound-feet of torque, which is similar to the 1.6 EcoBoost. The new 2.0-liter is already used in the Ford Edge, but for Escape it quite new, it is also found in the Volvo Sedan and the Range Rover Evoque.

It will produce 245 horsepower and 275 pound-feet of torque. All three engines will be paired to a six-speed automatic transmission. The new 2017 Ford Escape will have acceleration from 0-60 mph in 9.5 seconds, and estimated top speed will be around 125 mph.

However, it should see some improvement with the two new EcoBoost engines, because of their new designs and start/stop technology.

The new 2017 Ford Escape features very athletic style. It will be refreshed both at front and at the back. On the front it features a new 6-sided grille, which shares it with the Fusion Sedan and the Edge, but Ford gave it much more rugged look.

There are two horizontal bars inside the grille, which holds the blue oval. The headlights feature a sharp and angular shape, and are upgraded with HID headlights and LED daytime running lights.

Fog lights sits beneath the headlamps and bumper is equipped with a huge center cut-out with two small hollows. At the rear we will see a pair of new LED taillights and the dual exhaust system under the bumper.

The interior of the 2017 Ford Escape will get new colors and materials of better quality. The vehicle will have two row of seats and plenty of space for five passengers.

Since its first introduction, the BMW X3 has been one of the most wanted small luxury crossovers on the market. …