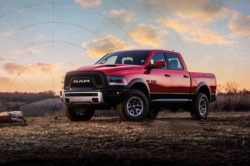 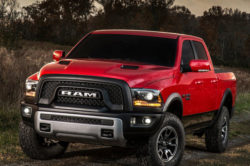 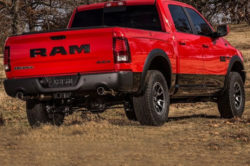 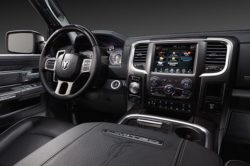 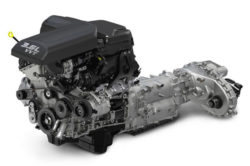 The 2017 Ram 1500 Rebel is one of nine trims of what is basically the same truck, only with different trims, weights and a few gimmicks that make them special. What separates it from the rest of the lineup – on the outside at least are the special bumpers and the new grille. The cargo system is on offer, and we’ll see what else is going on.

Since guys at Ram said the new Rebel will be on sale by the end of 2015, it would be surprising if it hasn’t reached the showrooms by now. If not, it has to come by the end of this year.

The price of the 2017 Ram 1500 Rebel is similar to the rest of the lineup, and mostly depends on the trim level, any additional equipment as well as other costs and fees.

The base version should not go for less than $43,000 but once again, this is the base version with a cheaper engine and no extra equipment. Keep in mind that prices may vary from country to country.

On the outside, the 2017 Ram 1500 Rebel looks, well – rebellious. The new grille is a bit of an acquired taste, as it is clearly meant at macho types and their thirst for outdoor adventures.

The aggressive and muscular front fascia is also accompanied by a similar rear, complete with massive letters on the tailgate, in case someone neglects to notice this monstrosity.

On the side, there are special flares that are eerily reminiscent of other vehicles of this line that I won’t mention. Otherwise, there are several optional paint jobs, 17-inch wheels and fake double scoops.

On the inside of the 2017 Ram 1500 Rebel, we can find all sorts of goodies, mostly in black with gray and red accents.

The seats are redesigned, complete with new Sedoso inserts that should make them far more comfortable, not to mention that they might keep your rear glued to the seat in those off-road adventures you plan on having.

Or just when you come across any speed bumps. One notable feature is a Smartphone holder with ample space for cords as well as a Uconnect system for all your infotainment needs – 8.4 inches of pure fun, and some info on the side.

The other one needs no introduction, but we’ll do it anyway. It is the one and only 5.7 L Hemi V-8 with 395 ponies and 410 lb-ft of torque. Sure, it offers superior power, but it comes at a gas-guzzling price.

The V-6 can cover 25 miles on a single gallon, so endurance trumps speed and raw power in this case. Either way, you get the TorqueFlite automatic transmission with eight speeds. So, say goodbye to the 3.0 L Ecodiesel for now.

Everyone was completely amazed when Buck pulled covers off its amazing Buick Avenir concept at the Detroit Auto Show, but …