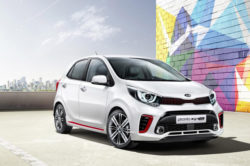 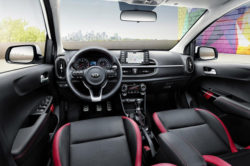 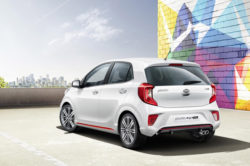 At the start of 2017 Kia took the wraps off the brand new Picanto. However, while the did show the design of the car and offered some details, the car will be officially showcased at the upcoming Geneva Auto Show. The car still shares its platform with the Hyundai i10 and the older model. However, Kia worked on the platform to better fit the Picanto, so it now slots right between the i10 and the Grand i10. The changes should allow the 2017 Kia Picanto to offer more space, become nicer to drive and also be more comfortable.

One of the major drawbacks of the current model was the really dull driving experience. It seems that this is about to change with the new model. On top of that the car also featured one of the worse interiors in its class despite being quite good in terms of quality. The car Kia showcased at the start of the year has been vastly improved over the original.

Some rumors also suggested that the car might receive new engines and some other changes under its skin. The new model should become available for sale shortly after the official release and its price should still be under €10,000. This will make it directly compete with Ford’s new Ka+ and Renault’s Twingo. The two are some of the best cars in this specific bracket.

Let’s start our preview of the 2017 Kia Picanto with the cabin which has been improved quite a bit over the older model. Kia completely redesigned it so it looks more modern and grown up. Instead of the oddly shaped steering wheel and clunky center stack, the Picanto looks even better than the larger Forte and that’s not an easy feat.

It features a large infotainment system with analogue controls, nicely laid out HVAC vents and a digital climate control system. The materials seem to be very nice for this price point and the steering wheel comes straight from Kia’s considerably more expensive cars. Kia showcased a GT version which features red stitching, red accents around the cabin and a leather wrapped steering wheel with all leather seats.

Here the new Picanto is a lot closer in design to the older model. The headlights are new and feature Kia’s new corporate look. On top of that the bumper received a rather large update with a larger grille, new fog-lamps housings and what it seems to be a small splitter.

So far Kia hasn’t released anything official about the engines for the upcoming model. Despite that it seems that the new Picanto may still rock the same 1 liter 3 cylinder base unit as before. This made 65 horsepower and it was one of the more efficient engines in its class.

As an option they may still go for the 1.25 liter 4 cylinder unit which is a bit more capable with its 85 horsepower. Some also suggested that the car could get a 1 liter turbocharged unit for the GT model.

This is currently available on the i20 where it makes 118 horsepower. On the smaller Picanto the engine could make less but coupled with the smaller car it would make one of the best small hot-hatchbacks out there. A six speed manual will remain standard across the range.

While the Trax is not exactly the most fun to drive car out there, it is one of the fuel …