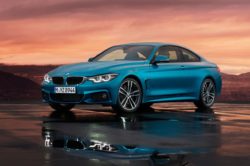 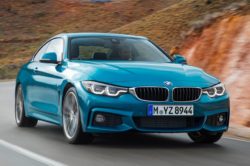 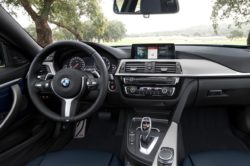 In order to better differentiate their models, back in 2013 BMW decided to rename the coupe and convertible versions of the 3 Series as the 4 Series. This confused quite a few people but soon things became quite a bit more clear. This move has been done in order to come up with a rival for the Audi A5, a car which went through a similar process. While some people didn’t approve this process, it seems that it was quite successful. The 4 Series sells better than the 3 Series Coupe ever did which is always a great thing to see.

Despite being on the market for little over 3 years, the car already received a mid-life facelift with the 2018 BMW 4-Series Coupe. The changes are not as great as we would like but BMW is well known for that. The main reason for this update was to bring the new 4-Series as close as possible in terms of design to the latest 7 Series.

Besides the exterior updates, the interior has been revised lightly while most of the running gear and engines remain identical. The prices on the other hand are expected to increase slightly. The current model starts from little over $43,000 in the US with a similar price in Europe as well. The four-door version of the 4-Series is expected to receive a few more upgrades over its two-door counterpart. The M4 on the other hand remains identical to the one before it which is somewhat interesting.

The largest update over the previous model has to be the way it looks. The 2018 BMW 4-Series Coupe gets a new front end but it is very similar to the older model. The “kidney-grille” is nearly identical but the headlights to come with new internals. The LEDs are more aggressively styled and they’re actually now standard across the range.

The rear also gets new LED tail lights as well as a new grille. These changes carry over to the M-Sport models which do receive very similar upgrades. The inserts on the front fenders, right after the front wheels, are new as well. These are in fact identical to those on the 5 and 7 Series but they don’t really fit all that well on the Coupe.

The general design of the dashboard remains unchanged from the previous model. The big upgrade here is the infotainment system. BMW tweaked the menus and made the system a lot easier to use.

On top of that, even though not official just yet, it seems the system comes with new hardware which should also be considerably faster than before. Like before, a fully digital instrument cluster is still unavailable while the driving position might be a bit too high for a car in this class. The overall experience remains good but it still isn’t as good as that in the new A5.

The US 2018 BMW 4-Series Coupe will continue to offer the same two engines as before. The base model will be the 430i which will use a 2 liter twin-scroll turbo inline 4. This engine is now good for 240 horsepower which is actually less than the European model. We expect a small bump to little over 250 horsepower in order to better match its rivals. The 3 liter turbocharged inline 6 on the 440i is also expected to see a small bump. The engine currently makes 300 horsepower and 300 lb-ft of torque which is also less than its main rivals. The interesting part about the new 4 Series is the transmission. While previously it was only available with an 8 speed automatic, they also added a 6 speed manual as an option which is great!