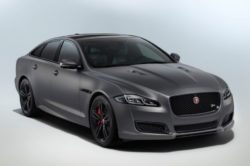 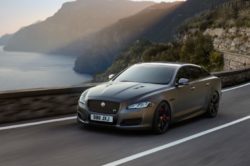 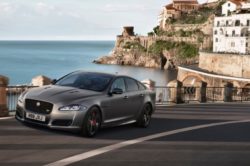 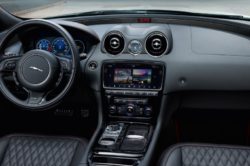 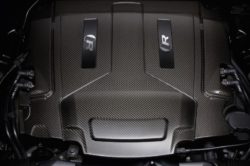 The ongoing XJ has been released back in 2009 and it seems Jaguar is preparing to discontinue the model. However, before doing it they are going to offer at least a couple of special editions for the car. One of these has been revealed not that long ago with the brand new 2018 Jaguar XJR575. This not only comes with an improved engine but it also received quite a few exterior and interior upgrades. The end result has to be one of the most impressive full size executive sedans on the market. For now it looks like the car will only be released in the UK where it will cost from little under £94,000 which is quite a bit better than some of its rivals. The car will also be released in the US, and likely the rest of Europe, by the end of the year. While the price for this model is unknown, it is expected to cost little over the current model’s base price of $119,000.

Despite the upgrades, the new XJR575 is actually based on the same aluminum spaceframe as before. This means its structural rigidity hasn’t changed a bit since its reveal and the car’s driving characteristics should be quite similar too.

The brakes are the same as before featuring floating twin-piston calipers in the front with massive steel rotors and single piston calipers in the back. The car is just as low as the regular XJR but this can easily be changed with the help of its air suspension setup. This not only allows the car to get higher at low speeds in order to clear a city’s obstacles but it will also bring the car lower to the ground at high speed. 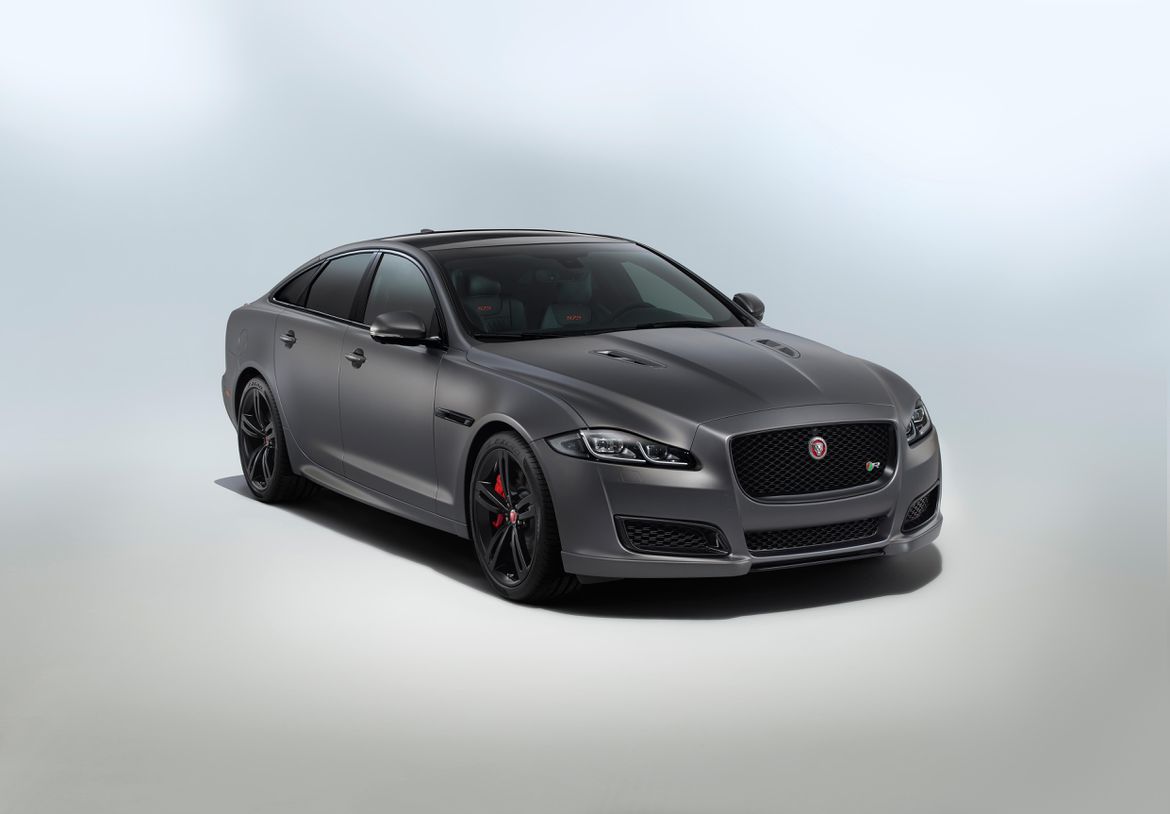 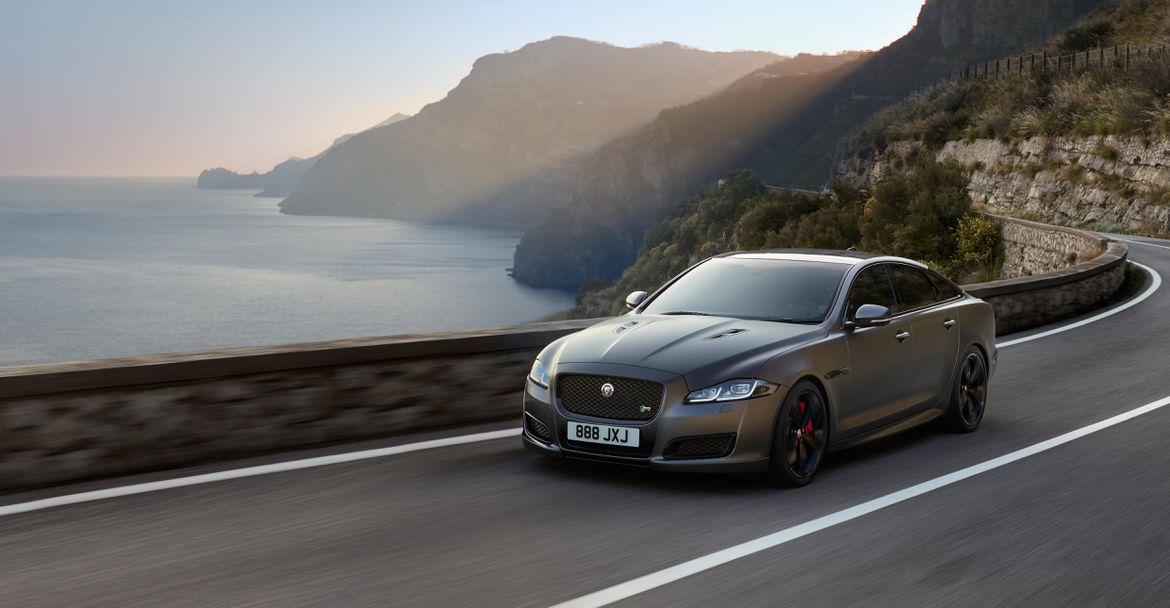 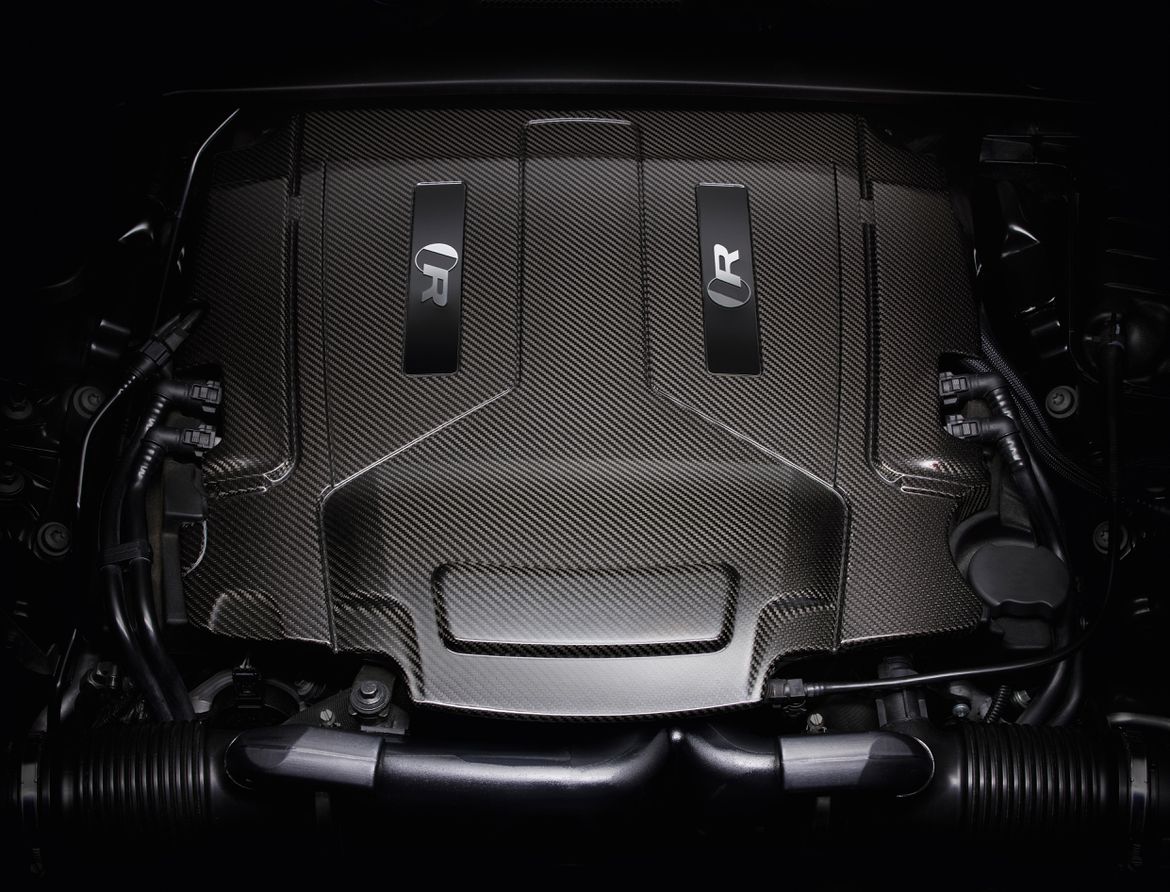 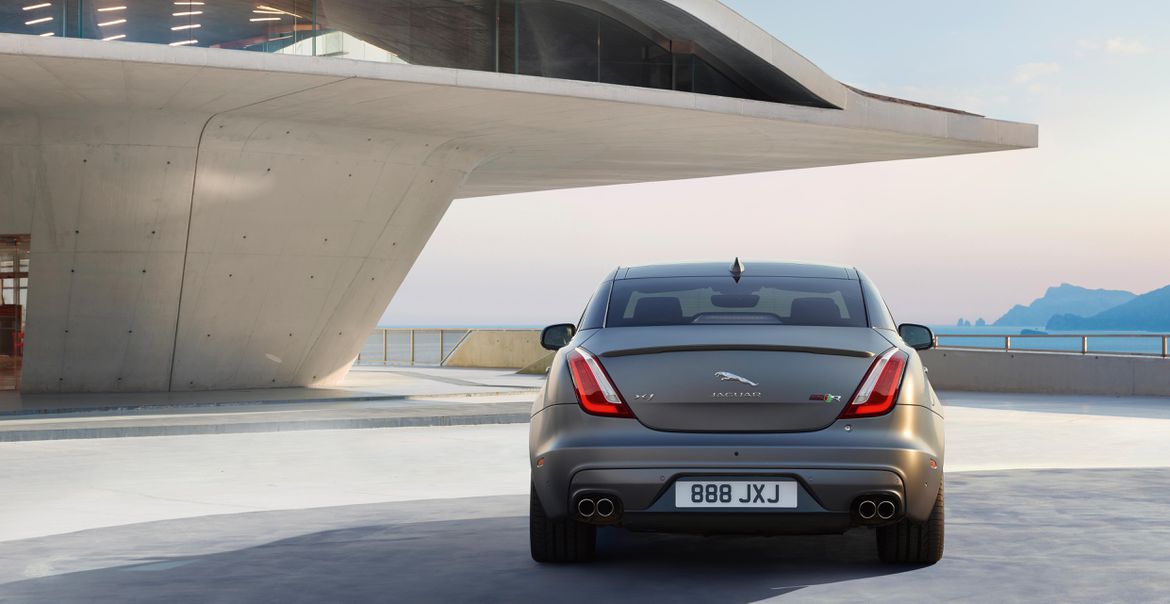 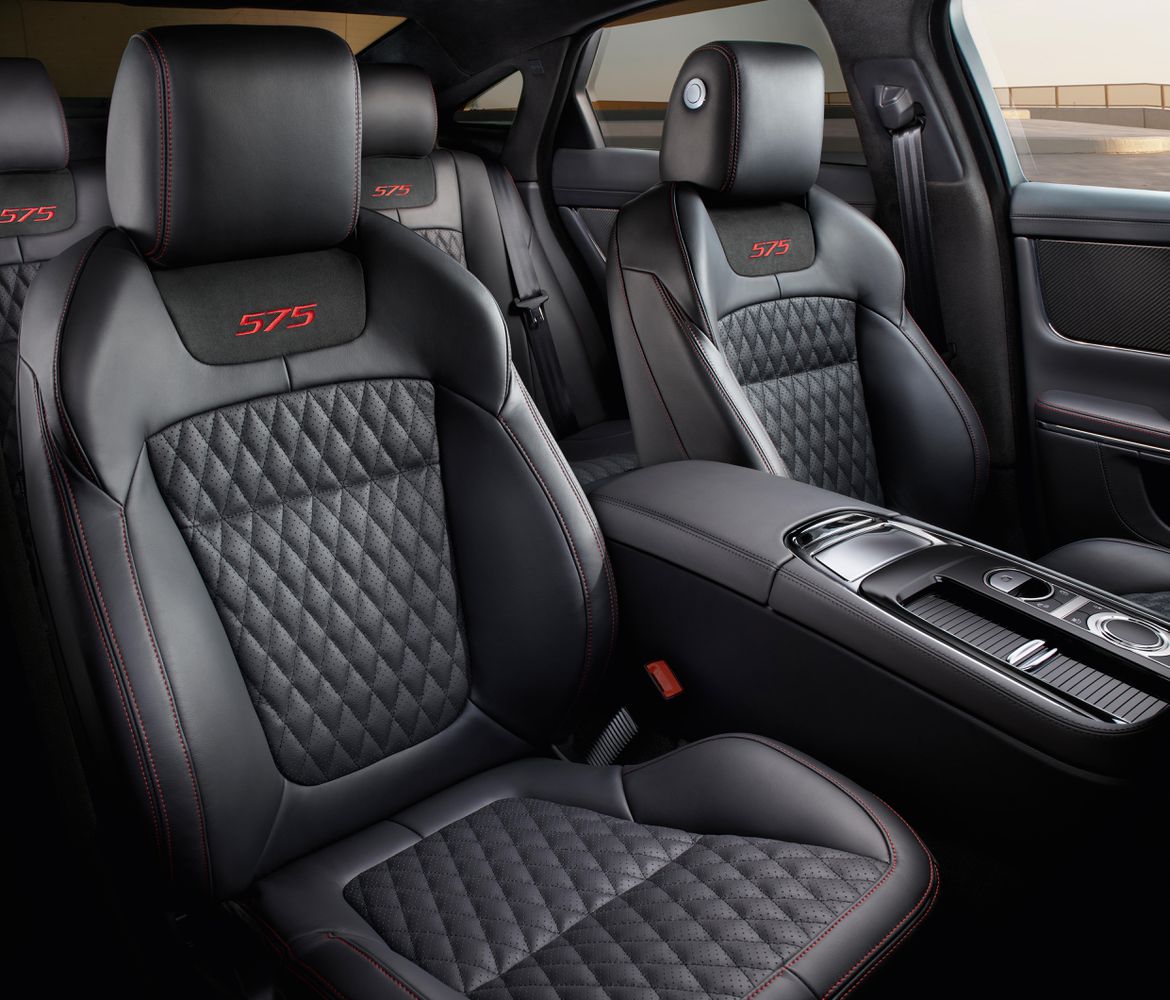 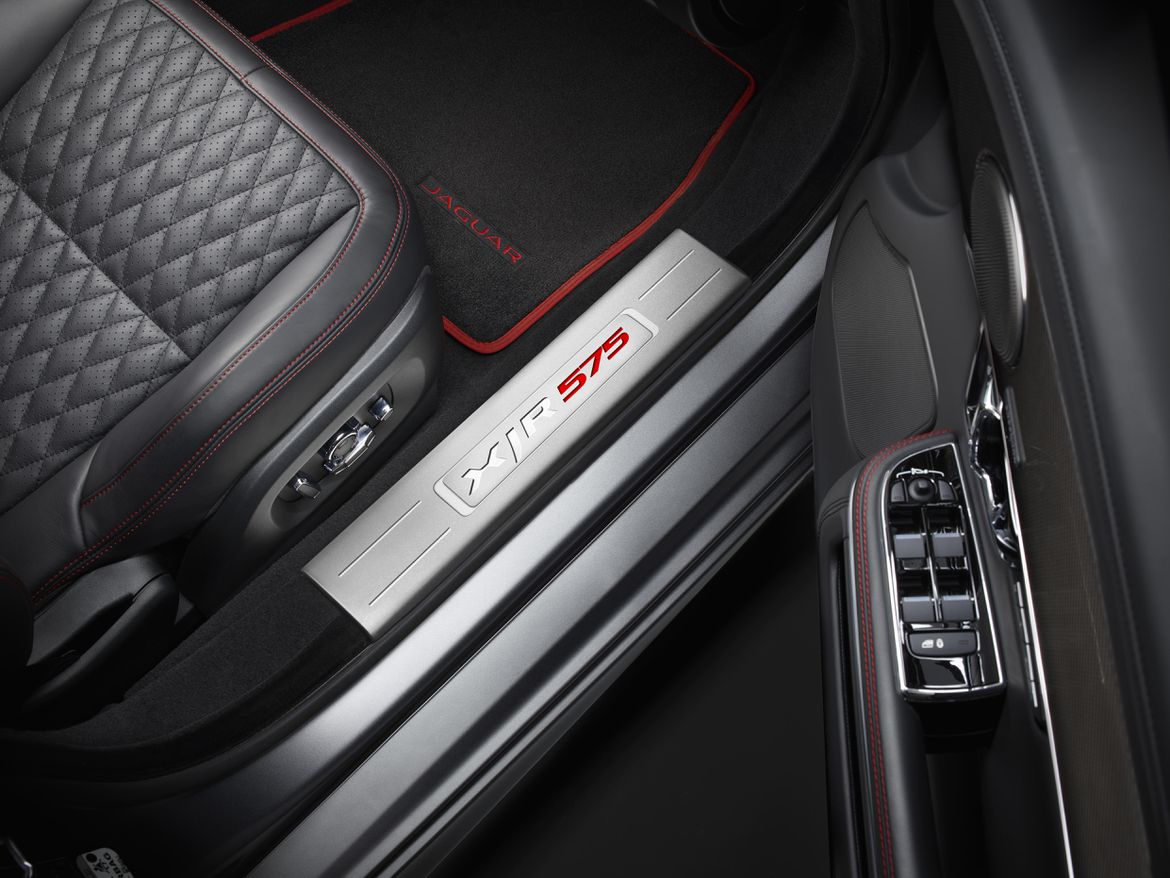 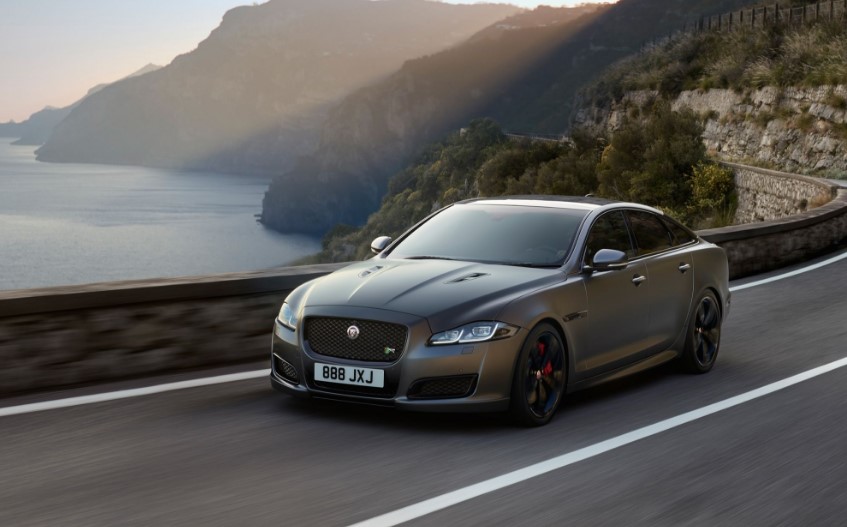 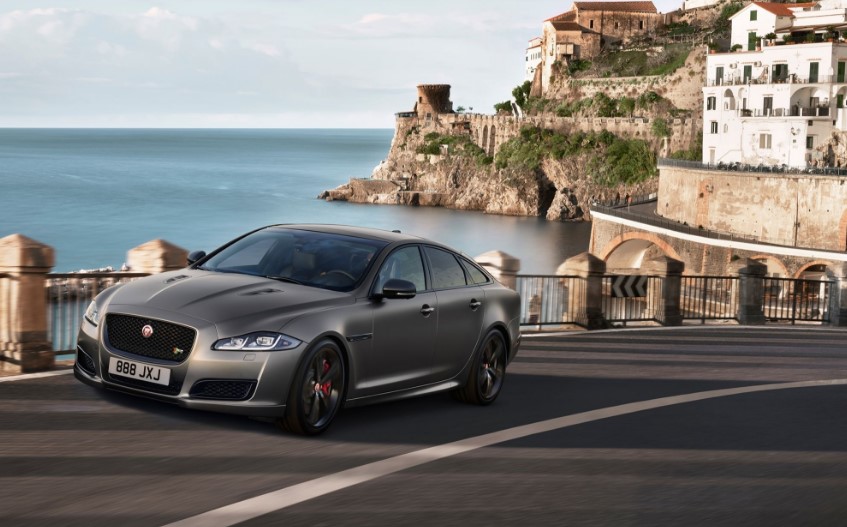 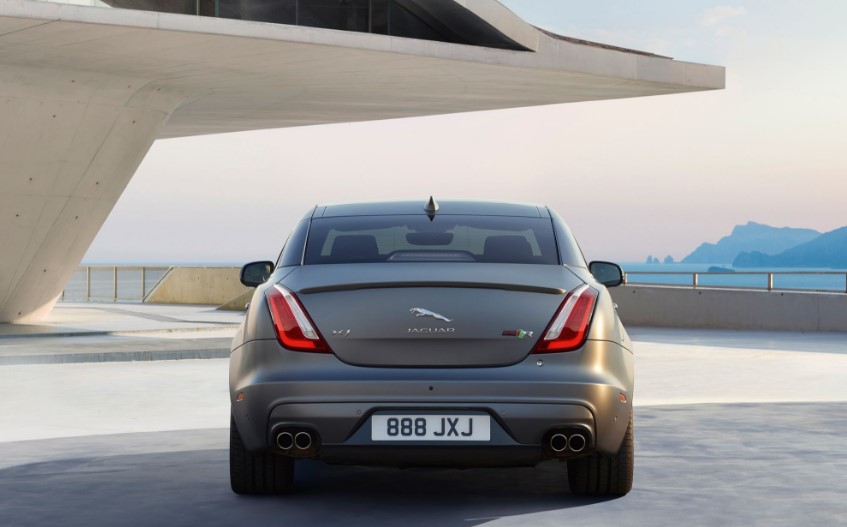 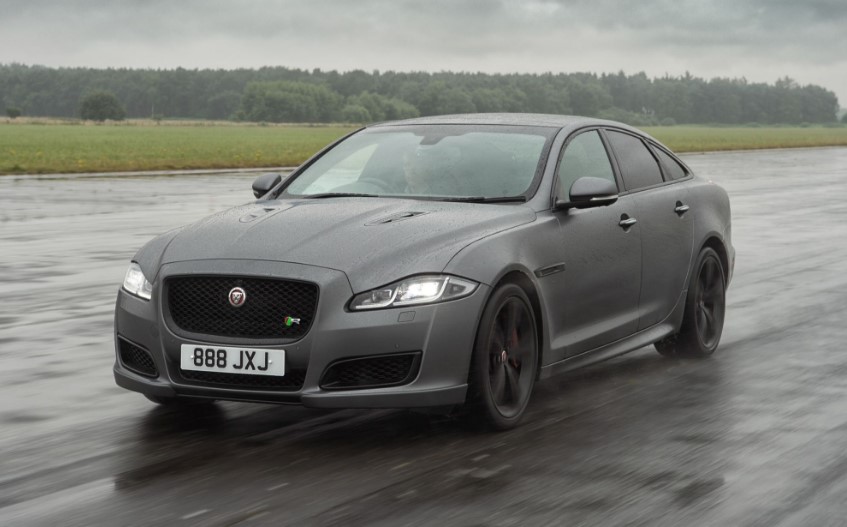 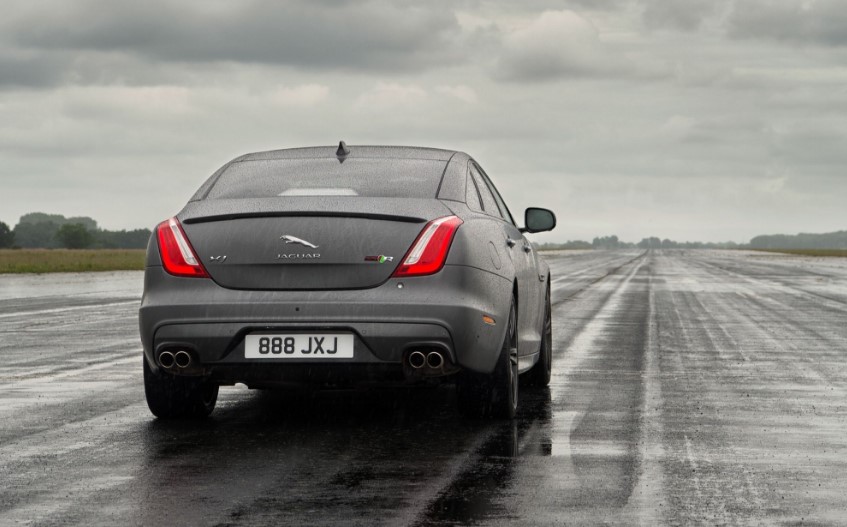 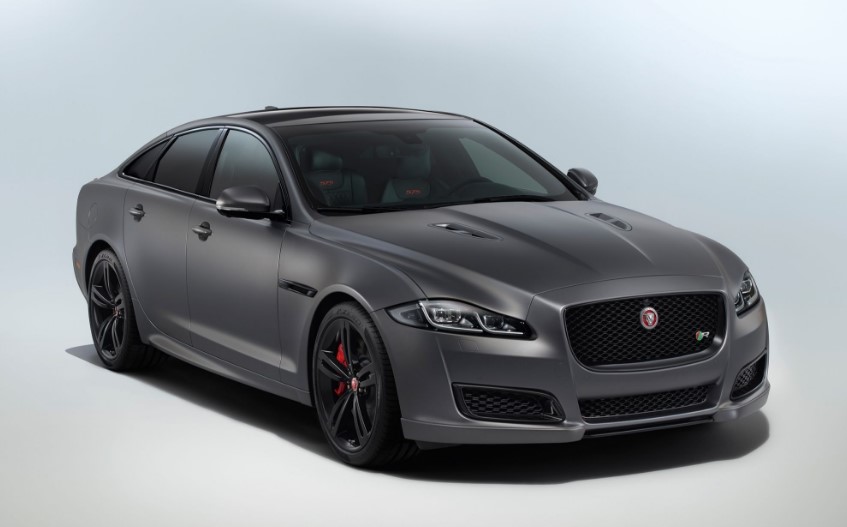 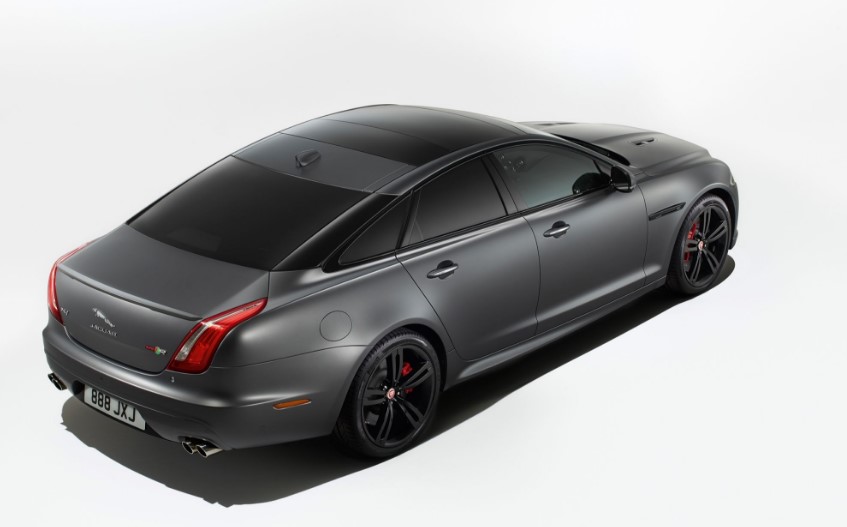 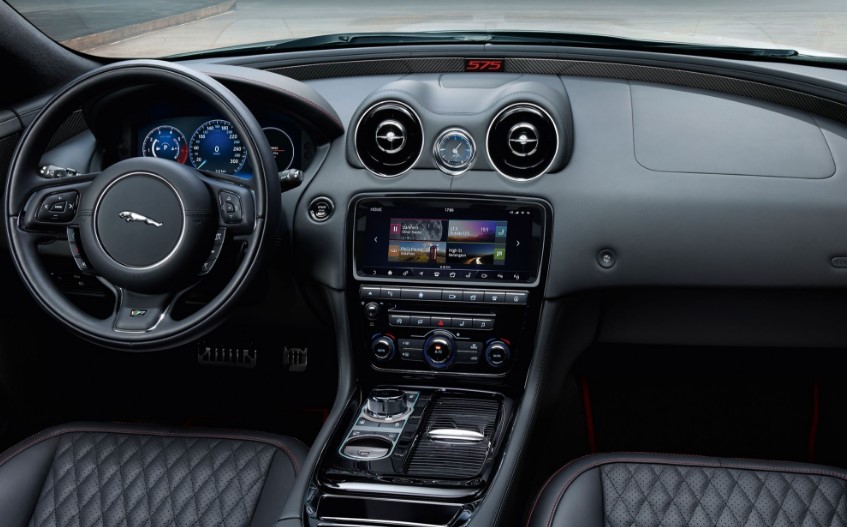 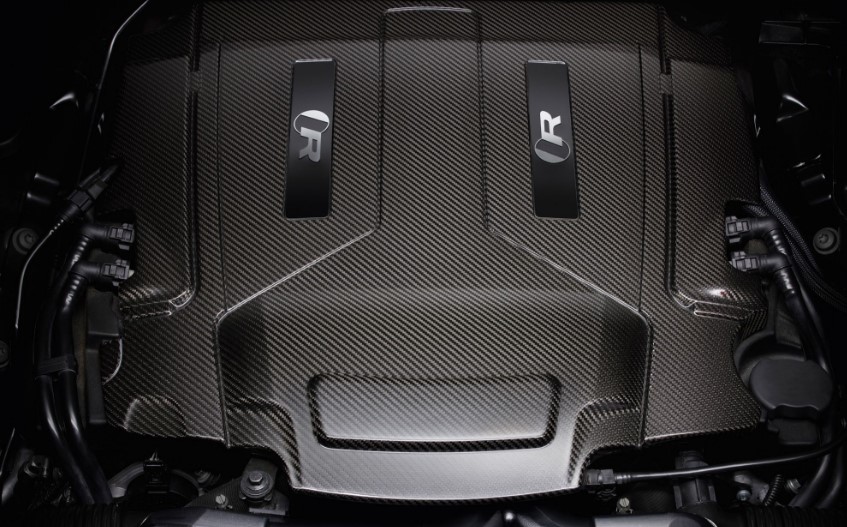 The design of Jaguar XJR575

The new 2018 Jaguar XJR575 is remarkably similar to the ongoing XJR. In fact the car’s body kit hasn’t changed a bit. In order to give their customers a slightly more impressive experience, the new XJR575 is available with two all new paint options, “Satin Corris Gray” and “Velocity Blue”.

Both of these have been previously used on Jaguar’s limited edition cars like the Project 8. The usual chrome on the body kit is also gone being replaced with black accents throughout. The calipers are also red so they contrast nicely with the car’s paint. However, this is pretty much it which isn’t all that great considering the car is set to be a limited edition model for sure.

The big change inside the cabin of the 2018 Jaguar XJR575 is the car’s new 10 inch touch-screen infotainment unit. This is the same as that used on Jaguar’s other current vehicles and it should be a good improvement over its predecessor. Also, a 4G Wi-Fi hotspot has also been installed which was previously unavailable. The upholstery has also been changed slightly.

Instead of the saddle-gray color used on its predecessor, the new XJR will come with all black upholstery with quilted leather on the seats which is new for this model. Unfortunately that’s about it meaning the customers won’t be able to get sportier seats or even nicer accents inside the cabin which is a bit of a shame. The interesting part is the fact that Jaguar decided to use 575 badges all around the cabin and they also added some red stitching in a few key areas around the cabin.

The 2018 Jaguar XJR575 boasts the same 5.0 liter supercharged gasoline V8 as its predecessor. However, this time around the power-plant offers a rather impressive 575 horsepower and 517 lb-ft of torque. Jaguar’s official estimate is a 0 to 60 MPH time of just 4.4 seconds and a top speed of 186 MPH that will come, from a standing start, in just 44 seconds. This is quite a bit faster than the regular XJR.

However, if the history is anything to go by, expect the XJR575 to hit 60 MPH in less than 3.9 seconds and hit its top speed even faster. This is mostly thanks to the car’s standard 8 speed automatic gearbox which, despite the fact it is a torque-converter unit, is one of the fastest of its kind. This is the same ZF unit as that on the regular model but it seems the car received a tweaked version of it.