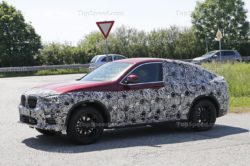 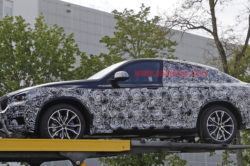 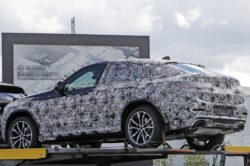 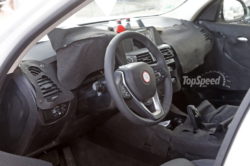 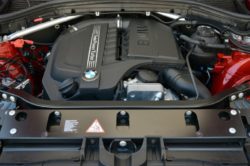 The X4 is one of BMW’s two compact luxury crossovers with the second being the X3. Even though the two cars share the same chassis, they do offer completely different experiences. The X4 is the sportier looking and the better to drive car of the two. However, it lacks the comfort or the space offered by the cheaper X3 so it isn’t really a competitor for its sibling. The ongoing model has been around for nearly 4 years at this point. While most of us expected a mid-life facelift by now, BMW decided not to. Why? Well, it seems that they are working at the future X4 which has already been spied with heavy camouflage on it.

The upcoming 2018 BMW X4 is going to be an all new car which is a rather interesting move coming from the German manufacturer. They are doing the big change because BMW will build the new X4 on an entirely new chassis, their CLAR architecture. This should solve the car’s harsh ride as well as the dull steering, two of the biggest problems with the ongoing model.

On top of that the new platform is expected to allow BMW to lose at least 200 pounds. This would allow the upcoming X4 to get even better to drive without compromising the comfort of its passengers even more. From the spy shots of the car it seems the wheelbase, width and even height won’t change much over its predecessor.

However, the 2018 BMW X4 will not look the same as before. While it will be just as large as before, it will get an entirely new look. Even though the prototype was camouflaged we were still able to see some details. The kidney-grille in the front seems to extend downwards, the headlights seem slimmer while the hood seems lower too.

On the sides the car doesn’t boast the usual design lines and it seems to have a more subtle design which will appeal to a larger market. The car’s rear end will likely get closer to the larger X6 so expect new tail lights as well as a new bumper.

There is no question about the fact that the X4 will get the same interior as the X3. This is actually fine with us, especially since the X3 is usually the benchmark of its class. The new model will likely get BMW’s new cleaner-looking dashboard as well as their brand new infotainment system.

On top of that, thanks to the new platform, the car could boast a lower driving position. While this is not ideal in a crossover, in a car like the X4 this would likely be highly appreciated.

All these engines will be using BMW’s new modular engine-architecture sharing the bore and stroke thanks to a modular cylinder unit. With this model it seems BMW might also release an X4 M. This hasn’t been available so far despite the rumors surrounding it. The car is expected to get the same engine that can be currently found in the M3. This means it will likely provide north of 430 horsepower and 410 lb-ft of torque, making it one of the most powerful cars in its class. As before, all wheel drive will be standard across the board.

4.7 Not that long ago the 2018 Infiniti Q50 was released as a mild facelift to a car revealed more …