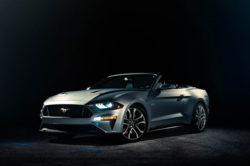 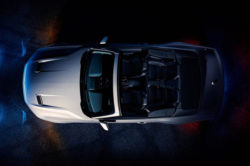 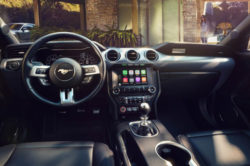 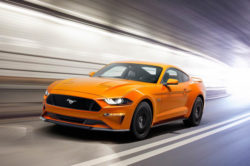 Back in January Ford showcased the updated Mustang which received quite a bit of criticism. Even though the car is a step forward for Ford, many people were not so impressed by its design. However, most of these people changed their opinions when they’ve seen the car in person. The new Mustang is better looking and it does feature a lot more technology than before. Nearly a month later the 2018 Ford Mustang GT Convertible was also showcased. This follows the same pattern as the Coupe version of the car. There will be differences between the two though. Unlike the previous versions of the car, this time around the Convertible is going to be aimed at those looking to get a grand tourer and not a muscle car.

The new GT Convertible is based on the same chassis as before. The suspension system is also very similar. However, Ford did say that they changed the setup considerably over what was previously available. It still is unclear as what this means. However, there are some rumors suggesting that Ford is aiming the European GT cars.

This means that the new Convertible will definitely feature a softer and more compliant suspension system. This will give some of the performance for a much more comfortable ride. We would tend to agree with this change. While the Convertible is sometimes bought by people looking to get a sports car, it is usually better for long cruises that need that comfort, so a stiff suspension is not always great. The price is still unknown at this point but we would be surprised if it will cost much more than before.

For this generation Ford ditched the V6 altogether so the EcoBoost is now standard. The 2018 Ford Mustang GT Convertible will come with the same 5 liter naturally aspirated V8 as before. However, while not official just yet, it seems that Ford updated the Coyote V8 even further. Some suggested that it will receive both port and direct injection. New materials might also be used inside it while the camshaft profile and even the exhaust and intakes might be different. The end result will be a similarly powerful engine but with a much better fuel consumption than before. 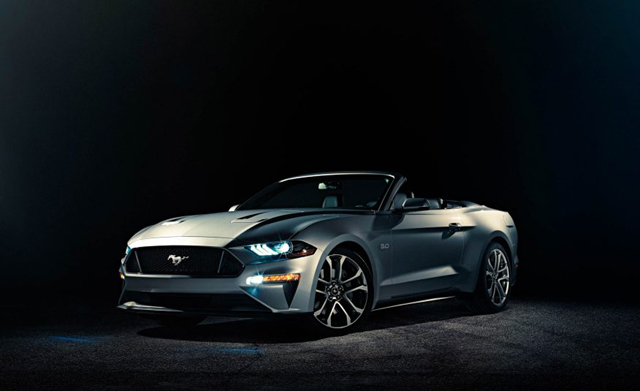 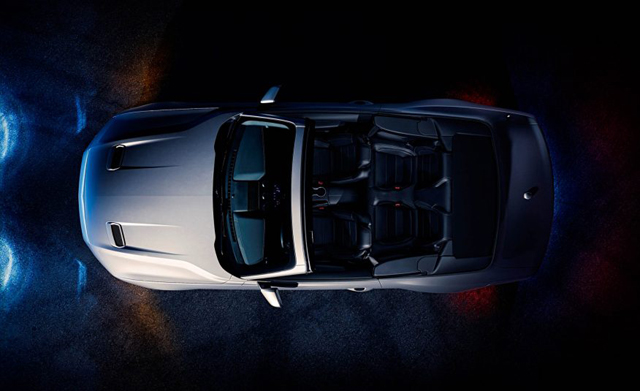 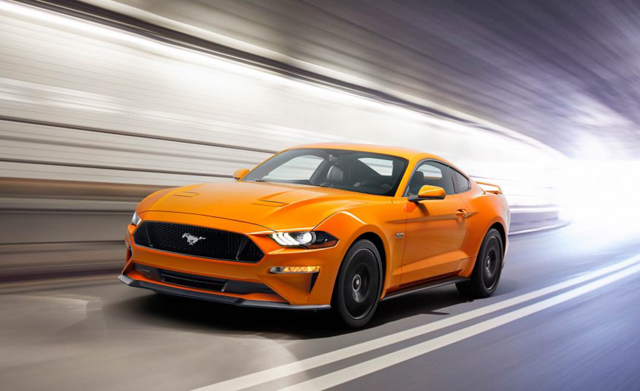 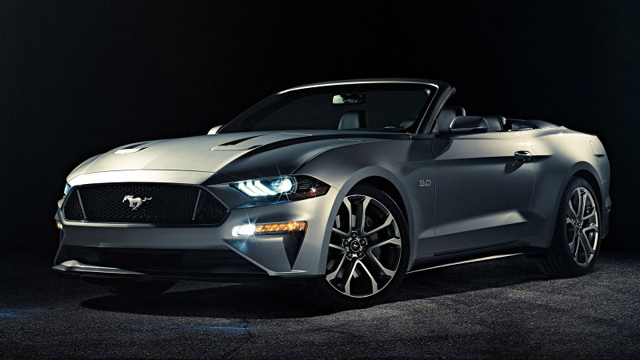 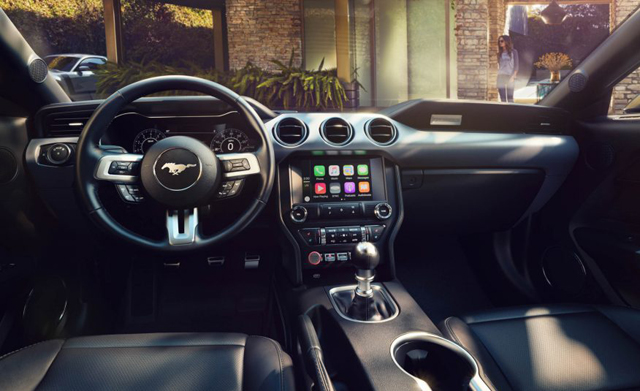 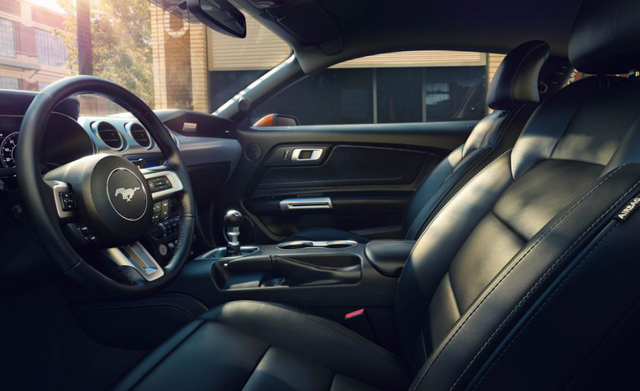 Early reports suggest at least 10% better fuel economy. Its output should still be over 430 horsepower. Some even suggested that Ford could easily get near Chevrolet, so 455 horsepower is not out of the question just yet. The best part about this update has to be the transmission. The 2018 Ford Mustang GT Convertible will come with either a 6 speed manual or with an optional 10 speed automatic. The latter should allow the engine to stay at the adequate rpm for longer. The MagneRide suspension system will still allow those looking for thrills to enjoy them without having to part with the comfort offered by the base suspension system. For this generation Ford will also add active valves in the exhaust.

For starters, the GT Convertible is going to be available with a 12 inch fully digital instrument cluster. There aren’t that many details available but the preview seems to be very impressive. Most of the cabin is still the same as before, including the soft-top.

The exterior received quite a bit of attention. It now sports more curves, especially in the back. The wheel arches are wider while the front is brand new. The hood is lower, the headlights are swept back and the grille is brand new as well. Even though it still is a Mustang, we have to say that the 2018 model looks a lot like a European super-car now.