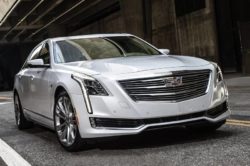 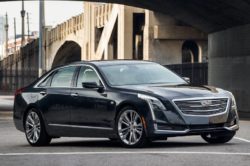 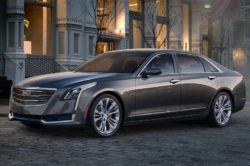 If you are not a fan of Cadillac, sometimes is hard to understand its product strategy as far as full-size luxury sedan segment goes. We had undeniably full-size DeVille whose origins date back to 50’s and which was replaced by equally lengthly DTS in 2005, but we also had “full-size but no so full-size” Seville emerging in 70’s, while being replaced in 2004 with STS model. We also witnessed through history Sixty Special, Fleetwood Brougham, then separately Fleetwood and Brougham, but we will put them aside in order to prevent your brain’s meltdown. So, in short, and simplified meaning, Caddy was offering two models in highest echelon for sedans after the new millennium, one in accordance with rules, other somewhat smaller and cheaper filling the strange niche between mid-size and full-size luxury class. If that’s clear, good! But it got weirder afterward.

In 2012 XTS replaced both large DTS and not so large STS, settling in between in size, but with price remaining in that special spot, which all other rivals completely ignore. Then, CT6 has been revealed two years ago. You might suspect then that this should be that regular full-size luxury sedan, but it’s not. It is pricier than XTS, more luxurious and RWD propelled, but with starting price tag of $54k it stills falls $20k-$30k short of regular base pricing for this class.

So, CT6 fills an even weirder gap between “full-size” and “full-size but not so full-size” luxury sedan. Anyway, Caddy promised properly luxurious and adequately priced flagship model (CT8 allegedly) that should directly rival usual inhabitants of the class like S-Class, 7 Series, LS and so on. But that was canceled, leaving CT6 in a battle with mightier adversaries, capable of alluring you only with a price (at first glance). Can a refresh help?

2019 Cadillac CT6 will bring a new generation of CUE infotainment system which keeps touch sensitive sliders beneath, but at least it comes as way less complicated, thus much more intuitive. Super Cruise autonomous driving system already arrived, allowing cruising on highways up to speeds of 85 mph (relatively) without your involvement. The whole idea is sublimely pragmatical as instead of employment of rudely expensive lidar into each car, Caddy used one previously to scan all US and Canada highways (130,000 miles in total) and just later uploaded the data to CT6 that you are going to buy.

Still, the system doesn’t perform lane changes on its own and despite you don’t have to keep your hands on the wheel, which you must with all rivals apart from Level 3 capable Audi A8, this is still Level 2 system, as steering wheel sensor monitors and demand your eyesight on the road. Updated CT6 will also bring a new top of the line engine, 4.2-liter twin-turbo V8 possibly boosting even as high as 500 hp. As far as styling goes test mules are heavily covered, but it seems that grille is about to change mimicking Escala concept as well as headlights which appear more horizontal and slimmer (visible despite decoy units are used).

So, can this refresh, presumably arriving next year, make 2019 Cadillac CT6 a proper S-Class adversary? The answer is no. CT6 was not imagined as a direct competitor for the segment, rather a reasonable alternative. Yet, the update could make it far more reasonable with the more pleasant infotainment system, available advanced autonomous driving technology, hotter looks, and a proper number of cylinders (eight) for big luxury limousines. Stuff that carries over is a mixed bag. The cabin is nowhere near sophisticated as the majority of rivaling offers and build quality is simply not worthy of the class in question. Yet, all current engines from turbocharged 2.0-liter L4 (265 hp), over non-turbo 3.6-liter V6 (335 hp), to twin-turbo 3.0-liter V6 (404 hp), along with 8-speed automatic propel this “incredibly light for the class” sedan without breaking a sweat. Also available plug-in hybrid model is a pure gem, with 2.0-liter L4 paired with two AC motors with total power output of 335 hp and EV range of 31 miles (BMW 740e offer 14 miles). Finally, CT6 is a blast to drive, being incredibly sharp and nimble and always planted (thank you magneto), highly surpassing dynamic pleasures offered by the majority of opponents, although lacking when we came to travel plushness or smoothness expected on these premises. Did, we mentioned how cheap it is?