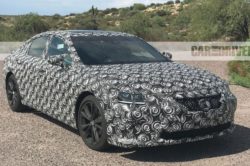 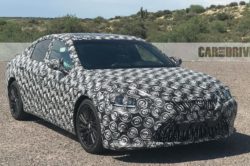 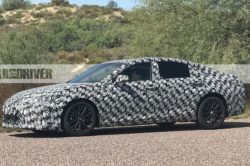 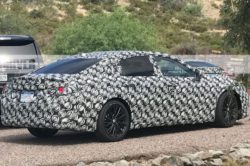 The automotive world is not a perfect place and many things seem to contradict the sanity. We would even argue that Lexus’s ES is not even worthy of the luxury division’s badge, but reality tells us that it pulls three times better annual sales digits that GS, which we could praise for hours. As rumors circling about the possible future demise of GS, which just managed to evolve into the complete package with current iteration, nobody questions the possibility of tomorrow for deeply flawed ES, especially since a bunch of spy shots emerged depicting new 2019 Lexus ES. But first, let’s clear out what is wrong with it.

WAY TO CLOSE TO TOYOTA

First of all, ES is a luxury mid-size sedan which transfers power to the front wheels, which doesn’t sound premium at all and it is not so easily forgiven as in Audi’s case giving other circumstances. ES allows very comfy and hushed ride, but that same floatiness conveys nothing but complete lackluster feelings when any aspect of the word dynamic is in question, while GS manages to tackle bends with remarkable aplomb.

Plus, ES shares now old Camry’s platform (old Camry’s!?), while GS utilize one reserved only for Lexus. Furthermore, ES is not even closely bold in its design as any other marque’s product, keeping it closer to Toyota’s Avalon in so many ways. What’s the catch then? Why people go after it? In short, price.

It will continue to utilize Camry’s platform, but at least this time new TNGA architecture should allow decent athleticism, and if GS really end up axed, ES might also gain AWD option. Current naturally aspirated 3.5-liter V6 is definitely a carryover thing, as much as the hybrid option should remain viable. Still, power figures are subject to change and if we pay attention to the newest Camry, the same V6 could boost additional 33hp resulting in 301 figure.

The hybrid powertrain will also probably arrive from the latest Camry, which means more powerful 2.5-liter L4 petrol engine, but less powerful AC motor, with the overall result of 208 hp or 8 hp more than before. Current six-speed automatic is destined to be gone, clearing space for new 8-speed one, again as it happened with new Toyota’s mid-sizer.

GIVING THE PEOPLE WHAT THEY WANT

Despite everything said about this premium mid-size sedan, 2019 Lexus ES is going to arrive and (old) people are still going to buy it. The current price tag of not even full $40k reveals itself as no-brainer indicator why certain human beings are after it. For just $5k above mainstream Avalon, you’ll get equally spacious cabin, even plusher ride, Lexus’s build quality and cabin materials, along with a pinch of its design inside and out. And there is always that undeniable badge snobbery in all of us. Also, making your ES fully loaded is no big deal, as that pushes north its starting price figure by mere quarter, while the majority of rivals have no problem in doubling theirs. So, ES maybe comes as inferior when compared to the majority of its segment’s happenings, but it also brings all possible luxury amenities for a pile of cash with which others just start, and believe it or not, the world is still full of older people not sold on latest visual extravagance.

Rolls-Royce’s current car roster isn’t exactly the most comprehensive on the market. The manufacturer has just a handful of models …