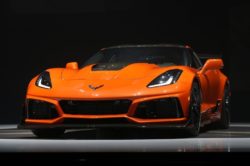 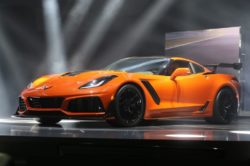 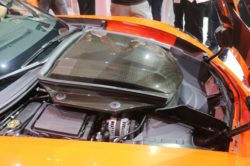 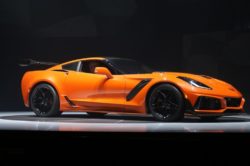 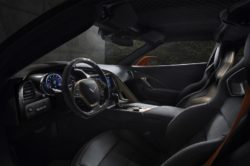 While we are all incredibly eager to witness the arrival of mid-engine Vette and enjoy in yet another hard tumbling of supercar world hierarchy, Chevy has one more final word to issue on behalf of the current C7 model. And what a word it is. GM hasn’t used frequently ZR1 moniker, but each time it did results were earth-shattering. Literally! So, ladies and gentleman, 2019 Chevrolet Corvette ZR1 has arrived.

BLOODY HELL WITH THOSE NUMBERS

How are those numbers achieved? Logically, bigger Eaton supercharger pumping over 50% more air into the cylinders belonging to 6.2-liter V8, larger throttle body allowing that, along with the addition of port injection (next to direct one), which somehow gloriously leads to exhaust flames once on the move. Hardening of the crankshaft was probably mandatory (just look again at that torque figure), as much as two new radiators and intercoolers, preventing the meltdown of the whole deal. Furthermore, to give you any chance of the survival with this thing on the curvy road, huge splitter, enormous wing and other aero bits promise serious amounts of downforce (especially with optional ZTK Performance package). As if Z06 was not unnaturally “grippy” already…

ZR1 looks mean. Or better, it looks malicious, malevolent, and wicked. All at once. Previously enough menacing Z06 looks domesticated now next to it. Just thank those aero gimmicks, the transformation of whole front bumper to one intake mechanism, and that new hood.

Ah yes, that hood… As if the view from the inside of any Vette was not terrifying enough, due to gigantic center bump, ZR1 took the things way further. We did mention a larger supercharger, so we don’t have a big bonnet’s bulge anymore, rather a mountain planted a top of it. If you mourn Viper’s demise, rejoice, as we believe that its monstrous feel instigated by the view of its front from the driver’s seat is going to be properly replicated here.

ZR1 will probably get some special trim inserts, stitching, and interior materials, while presented one upon its debut proved to be very orange from all sides, which coupled with lots of naked carbon fiber proved as very impressionable.

tag attached to the previous ZR1 generation. And do you get how mindblowing that is? That is almost a third of $293k price level of GT2 RS. In fact, that is Carrera S, F-Type R or Nissan GT-R pricing, simply showing how much of a bargain this utter monster is. No car can beat this value for a dollar, boosting the allure of itself to the heavens… And back, for you to get it.