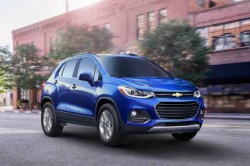 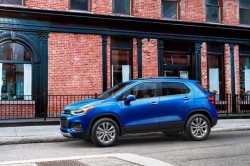 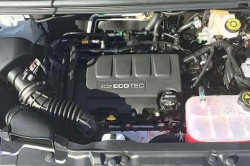 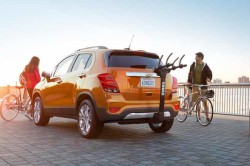 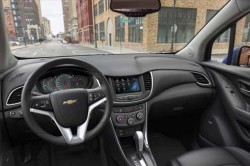 While the Trax is not exactly the most fun to drive car out there, it is one of the fuel efficient alternatives with a very cool name and a really fresh look. Because most of its competitors received major updates quite recently, the 2017 Chevrolet Trax has also received a mild update with the latest model. This includes a new design for its exterior, some changes inside the cabin as well as a few technology updates. All of these make for a much nicer car to be in and to live with even though it still has some major shortcomings such as its engine or running gear.

The platform is the same front wheel drive based one as before and unfortunately GM didn’t do much to improve it for this update. However, the new interior should make it a bit better to drive during long trips and the updated steering rack should give the car a better driving character.

The price of the car is still unknown as it will only hit the market in the autumn of 2016 but we do expect the base model to cost just as much as before at roughly $21,000 while a top end version with all the optional extras ticked in will likely not go past $30,000.

Unfortunately, the biggest drawback of the 2017 Chevrolet Trax is its engine which has not been updated for this model year. This means that the car is still offering 138 horsepower and 148 lb-ft of torque from a turbocharged 1.4 liter inline 4 petrol engine.

While this is more than enough for a car used at commutes and short trips, it might seem lacking during highway use as the engine will only be able to offer a roughly 10 seconds 0 to 60 MPH time. Also, the 6 speed automatic gearbox is not the fastest out there but it manages to redeem itself with its smoothness.

We hope that in the near future the car will also receive GM’s new generation turbocharged small petrol engine which is currently available on some of their cars in 1.5 liter form. This could make up to 160 horsepower and more than 180 lb-ft of torque with ease and it would give the Trax the all needed grunt it desperately needs.

By far the biggest change on the new 2017 Chevrolet Trax is the exterior of the car which went through a major redesign for this model.

The front end is all new now and it features some of the design cues found on the new Malibu.This means that the car now features a new front grille with the headlights now being integrated into the grille.

Also, the lower frontal air intake is bigger and just like the grille, it features the same types of horizontal slats that make it look a bit more aggressive than it really is.

The back only received a minor updated having new tail lights and a slightly different bumper.

Inside the cabin the Trax received just as much attention as on the exterior so the car now features an entirely new dashboard.

This is offering a smoother look, the instrument cluster is a bit more conventional and easier to read while the buttons on the center stack are now a lot nicer to the touch and also quite a bit easier to reach for the driver and its passenger.

There is nobody in the world who hasn’t heard of BMW. Some of them own a BMW, others can only …