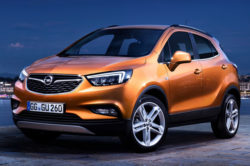 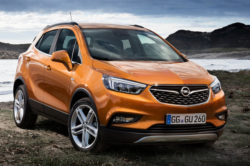 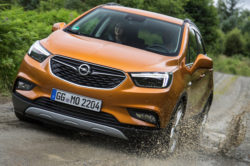 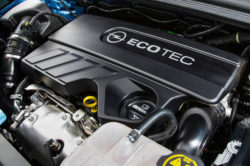 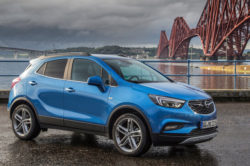 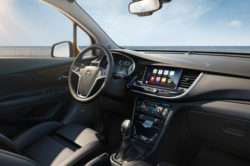 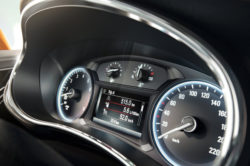 The Mokka is Opel’s first true small crossover which has been launched back in 2012. However, not many people know that its base design has been around since 2007. In order to stay a step ahead of the competition, an update has just been launched with the 2017 Opel Mokka X.

Do not be confused by the slightly different name though. Even though some of its siblings have been moved to new platforms, the X is nothing more than just a mil facelift. It gets a new design, new engines as well as an updated interior. All of these should allow the Mokka to remain at the top of its class with ease.

Since it was released back in 2012, Opel sold more than half a million of them which is very impressive, especially for its class.

In order to keep the sales going, the new model has been improved where it counts. Even though it is using basically the same chassis as before, the NVH levels have been slightly improved thanks to better sound insulation and new weld spots.

Its price has not been announced so far but there is a good chance that the new model will cost just as much as before. The release date, at least for Europe, is set to be at the end of the year.

Let’s now take a closer look where the car received the most amount of attention. The new 2017 Opel Mokka X now comes with a few different engines.

In some markets, the older 140 horsepower 1.4 liter petrol will still be available, but only with all wheel drive and an automatic transmission. For most of Europe though, the Mokka X receives three different engines.

There is the all new 1.4 liter turbo with direct injection. This engine debuted on the Astra earlier this year and it makes 152 horsepower and noticeable more torque than the older unit.

This will be available with front wheel drive and a manual gearbox or with an automatic and all wheel drive.

The highly acclaimed 1.6 liter turbocharged diesel will be an option as well. This engine makes 110 horsepower in the base unit or 136 horsepower on the top end model.

In any case, front or all wheel drive are available. Unfortunately, a more powerful petrol engine is still not available which is a bit of a disappointment considering that some of its rivals do offer one.

The good part is that the new engines are more refined, quite a bit more fuel efficient as well as more powerful.

One of the larger changes for the new 2017 Opel Mokka X is the way it looks. In order to give the car their all new corporate branding, the Mokka received an entirely new front end.

The car now features an entirely new grille which is using the wing-design that can be found on all the other new Opel models. On top of that, there is a new set of headlights with included LED daytime running lights.

These do give it a slightly more aggressive look. The front bumper as well as the wheels are all new as well. However, the rear end is pretty much the same as before with the only real difference being the interior of the tail lights. These design upgrades carried over inside the cabin as well.

Here, the Mokka received a redesigned dashboard which is very close to that of the new Astra. This features less buttons than before, a more usable interface for the infotainment system as well as better materials.

The equipment level has been improved as well but the space wasn’t. This means that the trunk space is limited and the rear passengers do get slightly less legroom than expected.

While some manufacturers prefer to get things going with their lower end models first, Volvo is doing it a bit …