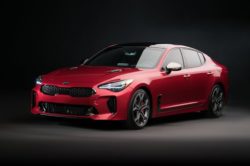 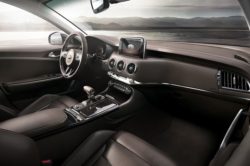 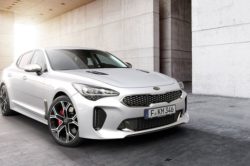 Not that long ago Kia hired the former BMW’s M Division head and it seems that it was a great move. Earlier this year they showcased the Stinger, a four-door high performance coupe meant to go into production shortly. This is one of Kia’s first rear wheel drive cars and so far it seems that it is a highly superior product. The 2018 Kia Stinger is expected to hit the market at little over $40,000 which would put it in close competition with both European and US made cars. Unlike any other Kia model to date, the Stinger is based on a bespoke rear wheel drive chassis.

This is a huge improvement over most of Kia’s other cars. The new chassis is quite rigid, it has a low center of gravity and thanks to the extensive use of aluminum, the Stinger is one of the lighter cars in its class.

On top of the new platform, the Stinger brings a new design scheme into the mix which definitely makes it stand out. The interior is quite premium as well, so it offers a complete package for likely less money than its German counterparts. The only drawback we currently see with the car has to be the powertrain, but more on that later.

The 2018 Kia Stinger offers 5 fully fledged seats and it seems there is quite a bit of room inside the cabin. Even though the car is not that big, the wheelbase is very long and the car itself is wide. Thanks to that, both the front and rear passengers get more than enough legroom with the rear passengers receiving an impressive amount of headroom.

This is thanks to the seats which are mounted quite low into the cabin. The rear seats also seem to feature a few levels of adjusting which would definitely put it on top of its rivals. So far the unknown factor is the quality but like with Kia’s other cars, it is safe to assume the Stinger is going to be one of the top entries in its class.

Just as impressive as the interior is the exterior. There is a clear Kia influence here but they managed to give it a unique character. The front end boasts their corporate grille but the aggressive splitter, vertical air intakes, swept back headlights and even hood head-extractors make for a dramatic look.

Behind the front wheels, on the fenders, Kia also added a set of intakes which do make us think at the early ‘60s cars. The shape is that of a true four-door coupe with an arched and low roof-line. The back boasts a large hatch-door and a rather interesting design which makes us think at one of its rivals. The top end model will get quad-exhausts as well as a unique bumper. 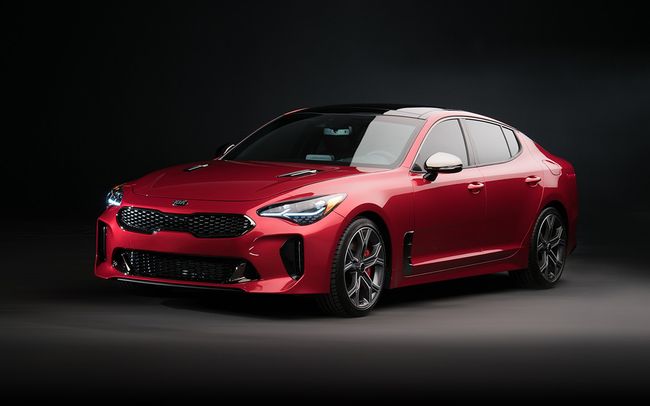 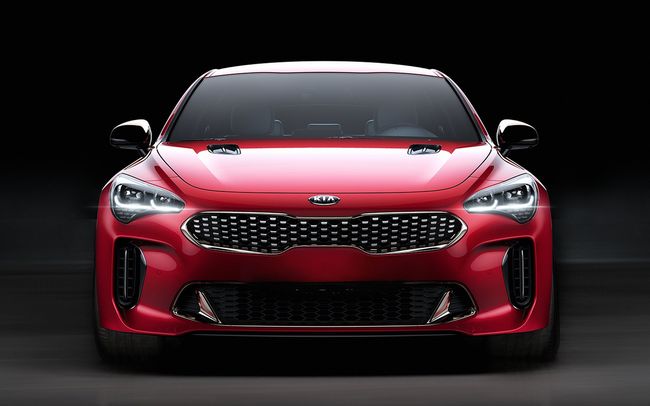 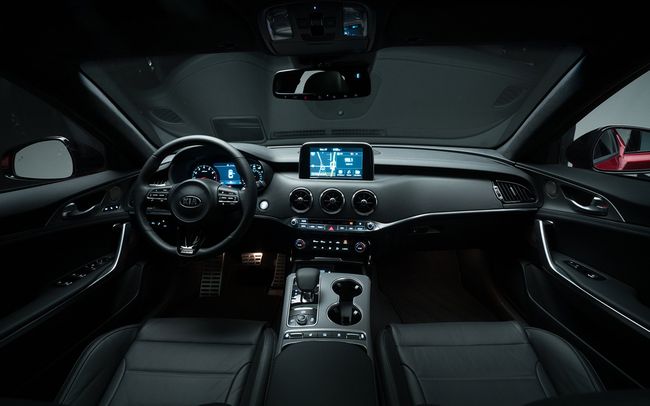 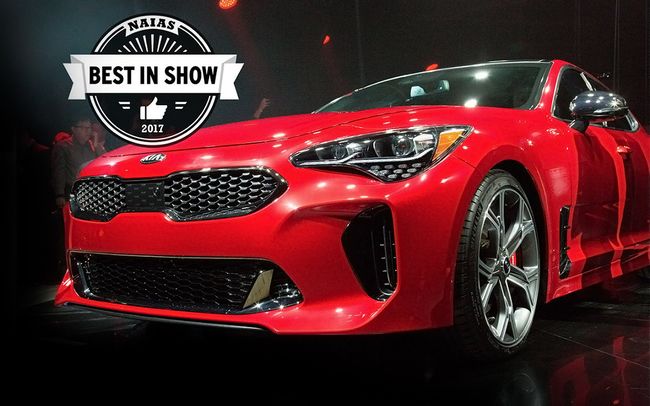 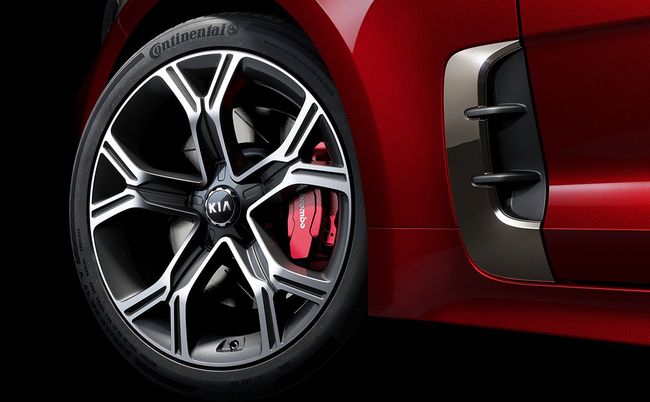 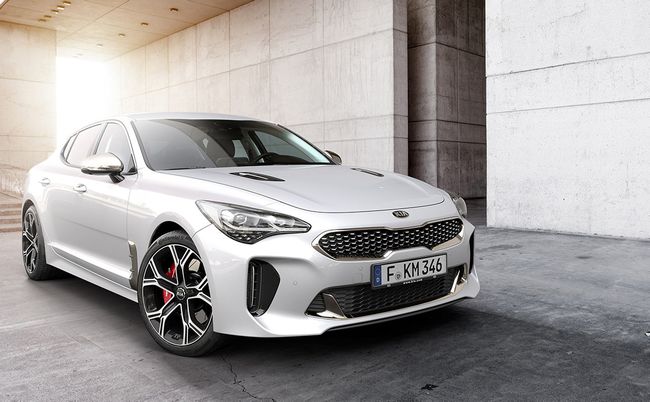 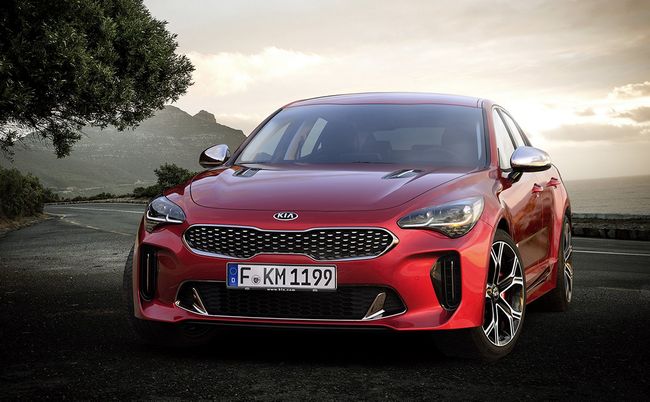 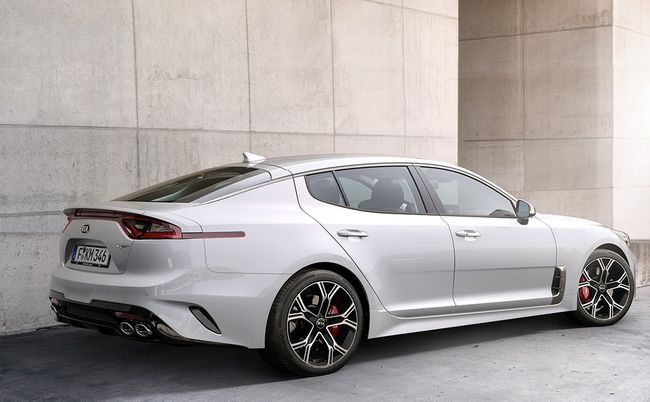 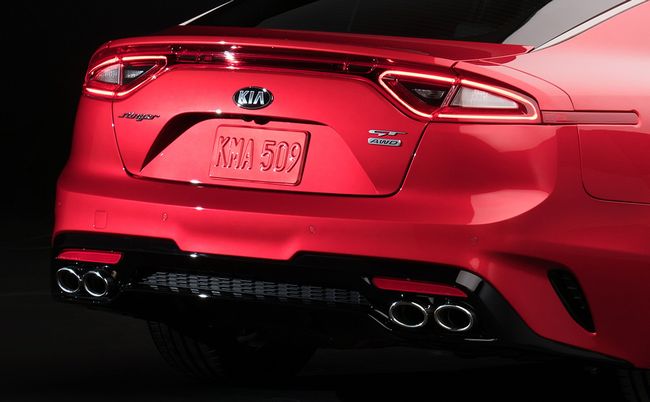 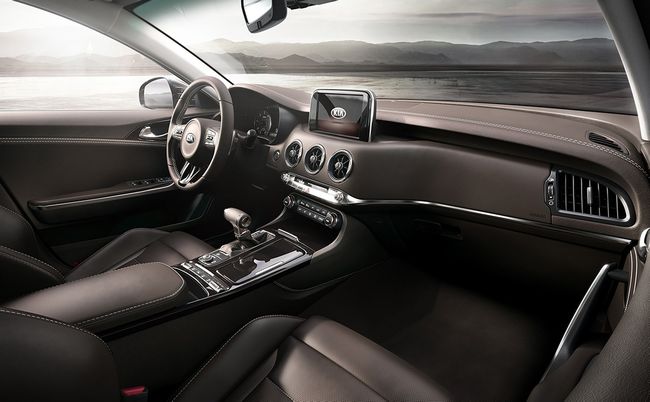 The 2018 Kia Stinger will hit the market with just 2 engines choices. The base model will come with a 2 liter turbo-four offering 255 horsepower. The option will be Hyundai’s 3.3 liter twin-turbo V6 which makes 365 horsepower, more than adequate for most. Both of them will only be available mated to an 8 speed automatic. This is the big drawback we were previously talking. This would have been the perfect occasion for Kia to release a manual-equipped car and steal the spotlight. Unfortunately the automatic will have to suffice. Luckily though it is one of the better ones on the market. The best part about the Stinger is that it is a rear wheel drive car. Buyers will also get the chance to get an all wheel drive system with a rear bias which will remain as fun as the RWD version while having none of the drawbacks.