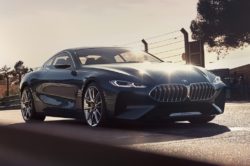 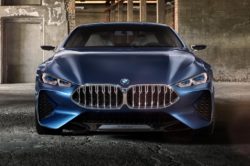 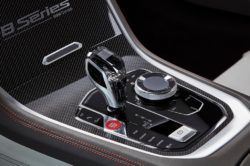 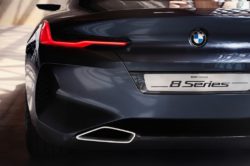 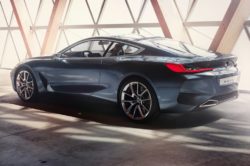 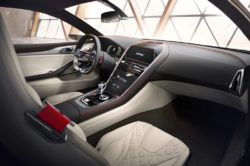 After many rumors about a new model BMW finally went ahead and revealed the brand new Concept 8 Series. The car is the spiritual successor of the iconic E31 8 Series, one of BMW’s most loved cars ever made. Even though it may not seem like, the new BMW 8 Series concept has quite a few interesting things in common with its predecessor. The two are two-door luxury coupes and both of them are BMW’s flagship cars. Even though the new 8 Series hasn’t been put into production just yet, BMW did confirm they will start making it in the near future.

Just like with their other new cars, the new coupe will be based on their highly modular CLAR architecture. This is an aluminum intensive structure but we would also expect quite a bit of carbon fiber in order to strengthen key areas in and around the car.

Even though the details are still scarce about the new 8 Series, it seems the car is not much larger than a 6 Series. In fact from most shots of the car it seems the two may be nearly identical. However, it does seem to have a longer wheelbase and it is definitely both wider and lower. These are likely going to stay true for the upcoming production model which means BMW is readying a true GT car.

So far nothing has been confirmed about the BMW 8 Series concept in terms of powertrain. Despite that it seems most think the car will get roughly the same engines as the 7 Series. This would actually make quite a bit of sense considering the car is set to be BMW’s flagship.

However, considering its future competitors, the engines on the 7 Series wouldn’t really cut it. Why? Well, the base asking price for the car is more than likely going to be well over $100,000. At that price a 3.0 liter turbocharged inline 6 with just 350 horsepower wouldn’t really be able to hold its own against competitors with north of 450 horsepower. We wouldn’t be surprised if BMW decides to install the engine from the M3 under the hood of the 8 Series or even a larger twin-turbocharged V8 with closer to 450 horsepower.

Either of these would be able to give the BMW 8 Series concept the performance it needs to succeed. So far it seems the car’s top-end trim level could offer a twin-turbo V12 with as much as 600 horsepower. Unfortunately there are some unusual problems with this engine as well. It is far too heavy for a grand tourer and it would likely not meet customer’s expectations. BMW might decide to develop a new engine specifically for it which also happened with its predecessor, the original 8 Series.

The most impressive aspect of the new 8 Series concept is the way the car looks. This has to be BMW’s most beautiful design in years and it shows. Most critics received it with quite a bit of praise and so far they managed to impress pretty much everyone. The car has the characteristic profile of a true GT car with a long hood, a really low roof-line as well as an arched roof-line which makes it seem like a true modern-classic.

In the front the usual kidney-grille has been enlarged and moved lower, the bumper features more subtle intakes while the swept-back headlights give it a completely different look from the usual BMW. The back is no different either. Here we can see some dramatic-looking tail lights, a set of exhausts that perfectly complement the car’s diffuser as well as a really subtle rear wing. The concept sits on large wheels which are more than likely going to be seen on the production model as well.

While most of us expected to see the same interior as in the 7 Series, the BMW 8 Series concept manages to impress us once again. Instead of the usual minimalist look BMW took a completely different approach with their coupe. The cabin boasts a wide center stack that is slightly angled towards the driver.

The hexagonal center screen, the really exquisite materials as well as the three-spoke modern-classic steering wheel further complete the look inside. Also, just like with its smaller sibling, the 8 Series is actually a four-seats car with two usable seats in the back.

Dacia is an honest car maker and it seems that works well for it. Its products are not competitive against …