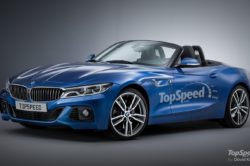 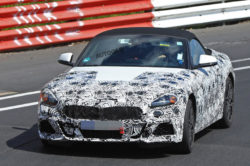 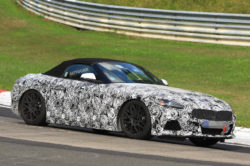 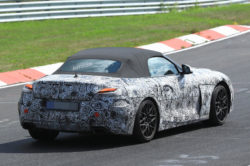 There is no doubt about the fact BMW is developing a new roadster. This has been spied ever since last year and even though there have been quite a few rumors about it, only some of them ended up to be true. It seems the car will not be released as the Z5 but as the 2018 BMW Z4 and it seems it will only be sold as a roadster, just like its predecessor. So far BMW decided to keep quiet about it but the car has been spied way too many times by now. So far we have a pretty good idea about what they are going to release and the car’s potential.

There have been many people saying the Z4 was actually going to be built by Toyota. These rumors were soon dismissed as it became clear that BMW was actually developing both cars. This is actually great news as it also means the new Z4 will likely boast some insight technologies from Toyota which should allow it to be faster than otherwise.

The car is likely using a new bespoke platform which might share a few parts with BMW’s CLAR architecture. An all-aluminum structure was likely used but we wouldn’t be that surprised if the Z4 also uses carbon fiber composites in its structure. Thanks to its new architecture the car should be around 200 pounds lighter than its predecessor. The big change on the other hand will be the structural rigidity which is expected to increase by a good margin.

Even though it still is quite early, it seems the 2018 BMW Z4 might be smaller than its predecessor. So far all the prototypes we have seen seem to be wider and lower than the previous car but also considerably shorter. None of these prototypes had the really long front end found on the previous Z4 but this is likely because they are trying to build a more compact and capable car than before.

Even so, it looks like the new Z4 boasts a long wheelbase and it seems the engine may be installed behind the front axle. The mid-mounted cabin and the really low soft-top make it seem quite a bit more aggressive than before but this still remains to be seen on the production model.

Will it look any better than before?

Many people asked this question and even though it may be early, it looks like the 2018 BMW Z4 will definitely have a more aggressive design than its predecessor. The car will boast much larger kidney-grilles than its predecessor and it will come with swept back headlights which seem to be like nothing BMW is currently offering. On top of that it looks like the grilles as well as the bumper intakes feature a 3D design meant to accentuate the car’s aggressiveness.

There won’t be a hybrid

At first many rumors suggested the new Z4 was going to feature the same hybrid technology as the Supra. However, it looks like this is not the case. In fact BMW will likely not offer a hybrid at all with their new roadster. The base engine on the Z4 will likely be a new generation 2.0 liter turbo-four good for around 250 horsepower and over 270 lb-ft of torque. The mid to range-topping models are all expected to feature 3.0 liter six cylinder engines which are expected to develop anything between 340 and all the way up to north of 450 horsepower. An M version of the car, possibly featuring the engine found in the M4, might be released later down the road. All models will be rear wheel drive while a manual is expected to be offered on some models with the automatic being standard across the range.