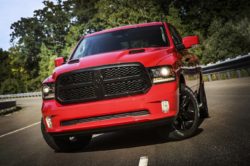 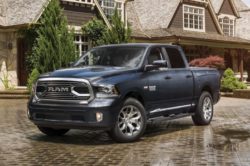 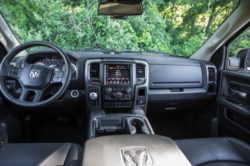 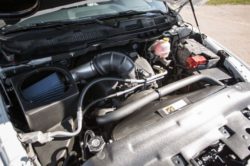 The ongoing Ram 1500 has been around since 2008. Unfortunately the truck hasn’t change much since and it looks like it won’t for at least a year. Why? Well, a short while ago the 2018 Ram 1500 has been released sporting only minimal changes. This is likely because Ram is still not done with the development for their 5th generation of their truck. The revised model of their full-size truck will go on sale in the upcoming months. So far it looks like the price will not change much. The base versions are still going to cost right around $28,500, including the destination charge, which is better than many of its rivals. On top of that, the newly added models are not all that expensive. The base price for the newly added “Sport” trim level is under $46,000 and it adds quite a few new features for that price.

One of the biggest complaints we have with this update is the fact that Ram decided to leave the rest of the truck unchanged. This basically means it still has the same frame, body and even suspension components as before. On top of that, the Ram is not exactly the best when it comes to towing capacity or even fuel efficiency. One of its main selling points is the fact that it remains one of the more reliable trucks on the market and that will allow it to keep on going for at least one more year.

The exterior of the 2018 Ram 1500 didn’t change all that much since it was released. The base model and all the way up to the mid-range trucks look the same as before. These get the same cross-hair grille as its predecessor and also the same headlights. Ram is now offering a few new paint schemes to choose from but that’s about it. The newly added “Sport” comes with a brand new grille.

This combines two “nostrils” on the side with horizontal slats flanking the RAM logo. The headlights use black backgrounds with Xenon main and high-beams. This model also gets LED DRLs and tail lights. Unique 20 inch black-chrome rims are also standard while the truck doesn’t have any type of other chrome on it. Everything else has been blacked out in order to make the Ram a bit more aggressive. This is also the only model to feature a different front bumper. This also includes the fog-lamps and a small splitter-like insert on the bottom.

Unfortunately the interior hasn’t changed all that much since its release. The base models are quite basic in their set of features. However, the higher end versions are usually better equipped than their rivals.

The new “Sport” edition of the truck features an all black interior with brushed aluminum inserts, similar to what the Rebel had to offer. This also gets a large 7 inch screen in the instrument cluster and an additional 8.4 inch infotainment system on the center stack.

The one most people will go for is the 3.0 liter EcoDiesel. With 240 horsepower and 420 lb-ft of torque on tap and better fuel efficiency than both gasoline engines, this is the one to go for. All three are available with an 8 speed automatic and all three can be had with either rear or all wheel drive.

After most of us assumed the new Legacy was going to be redesigned, Subaru decided to wait a couple more …