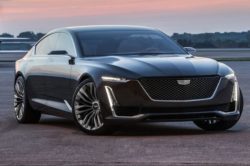 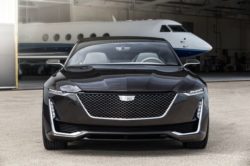 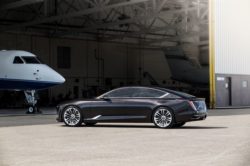 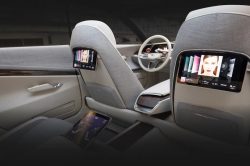 Cadillac currently has a few different sedans on sale but none of them can be sold as a high end luxury sedan. Even the CT6, their flagship sedan, can barely compete with a mid-range Mercedes so things will have to change. Back in the late 2016 the Cadillac Escala Concept was released, a large luxury sedan meant to showcase Cadillac’s upcoming design scheme. Even though so far the car has only been showcased a couple of times, it seems Cadillac has a few plans for it. For starters, the Escala is actually more than likely going to go into production. Some suggested that it may get the CT8 name but so far nothing has been confirmed. However, we do know for sure it will be more luxurious than the ongoing CT6 which is their flagship at this point.

Just like the CT6, the 2018 Cadillac Escala concept is based on Cadillac’s Omega platform, a rear wheel drive aluminum and high strength steel unibody. This allows them to keep the weight down while offering an immensely strong chassis. The end result is usually one of the lightest cars of its size which is also the case with the CT6. Not much has been revealed about the Escala in terms of specs.

However, Cadillac did tell us the overall dimensions of the car. It seems it has a 4.7 inches longer wheelbase, it is 6.5 inches longer overall and it sports a 2.5 to 2.7 inches wider track. Even though it is larger, the car is both lower and it has a longer dash-to-axle than the CT6.

The design – a closer look

The latter means the Cadillac Escala Concept basically features a considerably longer hood than its production sibling. This translates in a car that looks lower and wider while having the allure of a true luxury car.

The roof has a subtle arch to it, similar to that of a coupe, while the trunk lid is short giving the Escala the look of a four-door coupe. Even though it might still be early, we wouldn’t be surprised if Cadillac decides to release a production version of the car sporting roughly the same design as the Escala.

The concept features 5 seats which is highly unusual for a concept. The front seats are similar in design to those on Cadillac’s V-Sport models while the rear bench seat offers two individual outer seats. The concept boasts a white leather upholstery with a gray fabric that really makes it pop.

The steering wheel is similar to those found on Cadillac’s earlier cars and so is the dashboard. Instead of the usual instrument cluster the Cadillac Escala Concept actually features a set of LCD panels giving the driver all the information it needs. Even though it might still be far from production, the concept definitely seems ready for it. 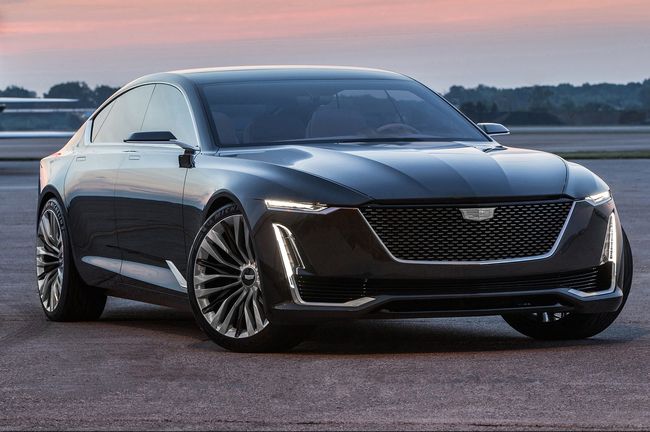 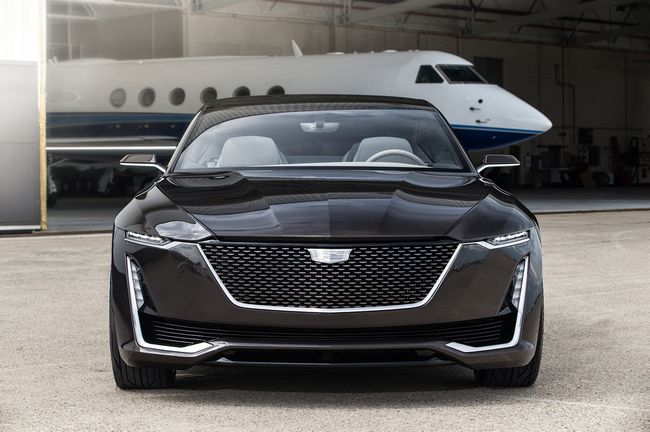 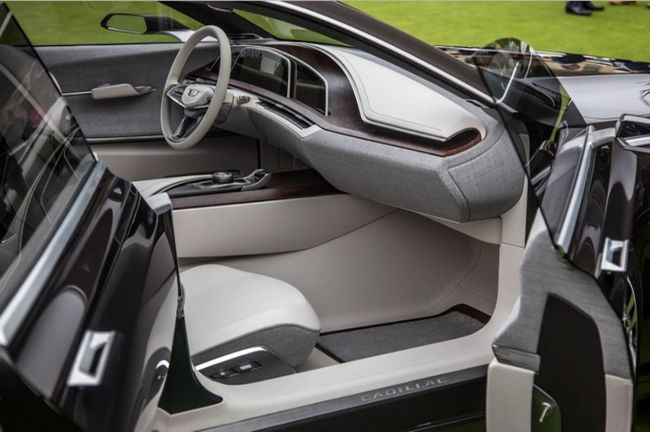 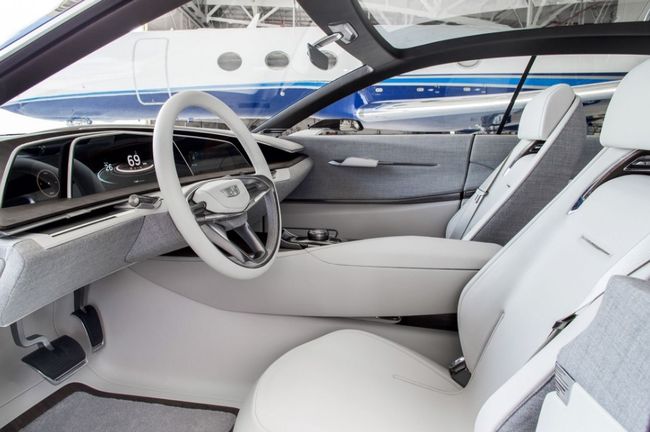 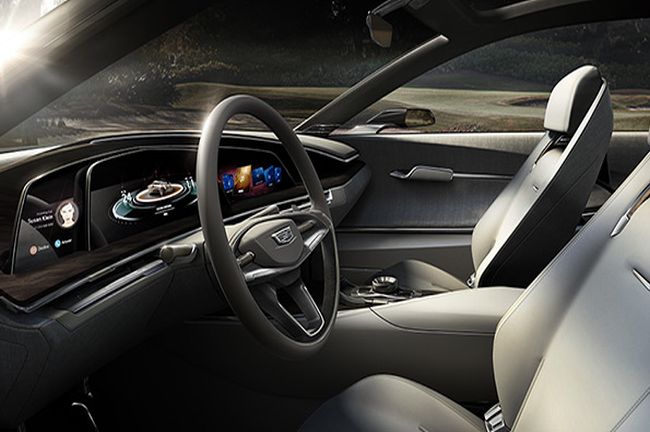 The 2018 Cadillac Escala is GM’s first car to use the 4.2 liter twin-turbocharged V8 engine. This has been rumored for a really long time and it is quite refreshing to see it in the wild. The engine is actually loosely based on GM’s V6 engines. This new V8 is good for up to 500 horsepower in the Escala which is quite good considering its low displacement. While the production version is still missing, we are quite sure it will be able to make more than just 500 horsepower. The car is more than likely using GM’s 10 speed automatic driving the rear wheels. The production model could get an optional all wheel drive system, especially since most of its future rivals already offer one. A less powerful engine is also quite possible considering this V8 would drive the price of the car way too high for it to be successful.