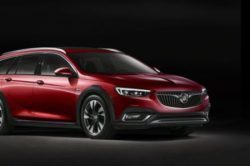 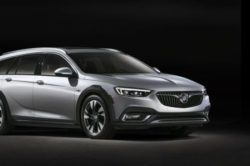 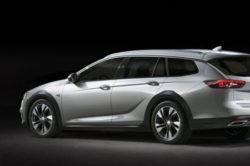 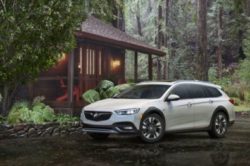 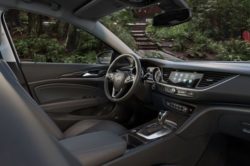 After plenty of rumors and spy shots we finally managed to get a good look at the new Buick Regal. Like the rumors suggested, the car is based on the Opel Insignia. Not only that but the car is also going to be built in Germany alongside the Insignia and shipped to US. With the new model they also released the 2018 Buick Regal TourX which is aimed directly at most premium wagons on the US market. Unlike most of these though, the TourX is an all wheel drive raised wagon meant as a crossover alternative.

There aren’t all that many differences between it and the European wagon. However, it does come with interior and exterior upgrades meant to set it apart. So far Buick hasn’t released the price for the upcoming model.

They did say a few words about its rivals which are priced between $35,000 and little over $40,000. Because of that it is safe to assume the TourX will also cost right around there. However, despite being priced similarly, the TourX will be larger than all of its rivals. The car will be with up to more than 10 inches longer than some of them and it will also be both wider and taller.

This naturally means that it will provide more interior space as well as a more composed ride. The drawback is the over 4,000 pounds weight which makes it heavier than some crossovers. However, thanks to its low center of gravity the 2018 Buick Regal TourX should still drive considerably better than a tall SUV.

There aren’t that many differences between it and the wagon Insignia, at least in terms of the core design. However, the TourX does feature a lot of upgrades which do make it look tougher. The car boasts black impact plastic cladding on the wheel arches, side skirts as well as the front and rear bumpers.

The grille and headlights are the same as those on the sedan. In the back on the other hand is pretty much identical to the European model. The TourX gets beefier all season tires as standard as well as a raised suspension system which should allow it to tackle unpaved roads without many issues.

Here the 2018 Buick Regal TourX is identical to the Sportback, the wagon version of the car. It gets considerably more truck space than the sedan and it also gets a much more usable second row of seats.

The passengers get more headroom than before and the seats are quite low, so there is also quite a bit of legroom. As standard the car gets Apple Car Play and Android Auto and a wide range of safety features. One of these is the active hood which will raise in an instant to minimize the damages done to a pedestrian if an accident occurs.

In order to keep things simple Buick decided to offer just one choice with the TourX. This is a 2 liter turbocharged inline 4 which is good for 250 horsepower and 295 lb-ft of torque. The low horsepower number is fine, especially with so much torque available from less than 2,000 rpm. Unlike the front wheel drive sedan and wagon, the TourX is only going to be available with an 8 speed automatic. Also as standard is going to be the all wheel drive system. This not only provides an even torque distribution at times but it can deliver up to 100% of the torque to one specific wheel via a highly capable torque vectoring system, the same as that on the Cadillac XT5. Later down the road Buick is also going to offer a 9 speed automatic which should take things a step further.