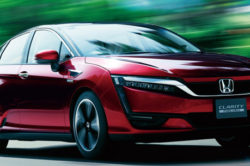 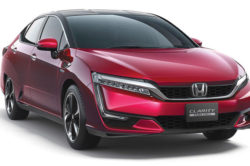 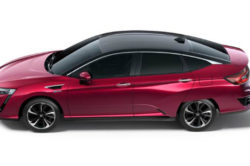 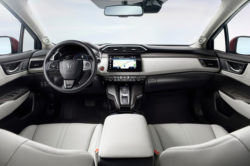 Honda’s Clarity project has been around since 2008 while the current generation has been available since the end of 2016. So far the Clarity has been a hydrogen fuel-cell car meant as a research project for Honda to see how viable the technology would be. The hydrogen model has only been available in California as a lease vehicle where the customer would also receive free fuel for the duration of the lease. While the 2017 model is still a hydrogen powered car, things are about to change in the near future. Not that long ago Honda announced that the Clarity will receive two new versions. The 2018 Honda Clarity Plug-in Hybrid is likely the most exciting one. This is expected to offer plenty of electric range, a range extender as well as a good starting price.

At this point it seems that Honda may release the plug-in version of the car for less than $30,000. In fact the price would basically allow the Clarity to completely replace the Accord. This strategy has also been used by their rivals, so it would make sense for Honda to comply with the current market.

For the price the customer will be able to get a large family sedan with a unique styling and a really frugal engine. On top of that it seems the electric motor will be quite impressive, but more on that later.

One of the polarizing aspects of the 2018 Honda Clarity Plug-in Hybrid will be its looks. In short, the car will be mostly identical to the hydrogen model with the only real change being the front end. Like the hydrogen model, the plug-in seems to get a honeycomb mesh grille but it also gets a new bumper and it seems to receive new wheels as well.

The vertical LED daytime running lights and the angled LED headlights will also return for the plug-in model. One of the parts that will turn some people off will be the rear quarter. Here the Clarity will feature the partially covered wheels which do improve its aerodynamic coefficient but they do make it seem a bit old fashioned. Luckily though the rest of the car is quite impressive and at least on par with the competition.

The hydrogen model features a well laid out design, clean lines and plenty of features. The 2018 Honda Clarity Plug-in Hybrid is expected to get the exact same dashboard, seating arrangement and even materials.

Honda’s great updated infotainment system which supports both Apple CarPlay and Android Auto should be a standard feature as well. One area where the plug-in will differ from the hydrogen model will be the materials chosen for the interior. It seems that for this version Honda might offer cloth seats with better side bolsters than on the regular model.

At this point it still is a mystery as on what engine the car is going to feature. We do know at this point that it will more than likely feature right around 40 miles of all electric range. This should be more than enough for most people to do their daily commute without having to sacrifice convenience. On top of that the car will run as a range-extender model. This means that the engine will drive an electric motor-generator which will likely drive the wheels. It may also feature a direct-connection from the engine to the wheels in a similar fashion to the system in the Accord. This powertrain would combine the advantages of a regular hybrid without any of the drawbacks. On top of that the large battery pack will allow most people to use it without even having to start the gasoline range extender.

Even though it has been around only since 2014, the TLX received a major facelift a few months ago. The …