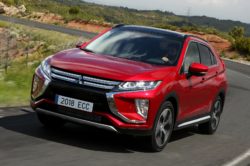 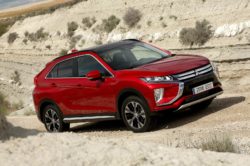 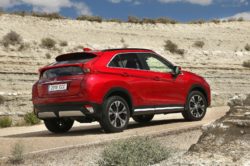 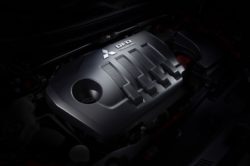 Mitsubishi has a problem. In fact, it has several of them. Sales figures in the US saw a rise in the past years, yet they are a third of those achieved in the first years after new millennium broke. The whole current lineup is heavily dated and not very competitive, while the best thing about it over the course of its history (Lancer Evolution) was euthanized. Also, we couldn’t move on without mentioning i-MiEV, which is more of a toy car running on batteries than the actual motor vehicle. And yes, finally, there is a fuel mileage scandal in Japan, shaking its roots so hard, that if Nissan hasn’t recently bought it the whole marque could be easily vanished by now. In the midst of all these unfortunate happenings Japanese brand just introduced 2018 Mitsubishi Eclipse Cross. Proper lifesaver? Let’s see…

THEY COULD ELECT ANY OTHER NAME…

Mitsu is obviously desperate and that must have pushed it into oblivion when moniker was chosen for this SUV. If you remember, Eclipse was cool looking sports car originating in the 90’s which managed to gather a decent following, so strapping same name to a crossover surely isn’t going to entertain much of the people in a positive way. Better yet, just a couple of months ago Evolution label was attached to the concept with, you guessed it (!), elevated ground clearance.

You shouldn’t pull cheap marketing moves causing the sacrilegious behavior to keep you afloat (where’s the honor?) and we hope Japanese will soon realize that. Anyway, new Eclipse is here, and it has a sloped roof as famous coupe had (?!), settling between Outlander Sport and Outlander both in size and price (estimated one is somewhere between $20k and $24k). So, this should be one of those coupe-SUVs…

First of all let’s say that this 2018 Mitsubishi Eclipse Cross looks bold, intriguing and way funkier that his brand’s siblings sharing the same segment. The design language is very sharp and angular and indeed refreshing for the Mitsubishi, despite that rear end looks rather clumsy and not thoroughly thought out. You could still find a lot of better-looking rivals, no matter its rakish roof, but the courage alone, in this case, deserve some recognition.

Sadly, all that bravery was drained when they finally reached the cabin. Interior pules on the dull and black side of the spectrum as other products from the same manufacturer, but it has some additional character and much better materials compare to them, but not so much next to many rivals. But it has a bigger problem… Stealing other’s ideas is bad, and in the automotive industry it usually falls on Chinese makers to dilute their honor by resorting to it, yet for some reason (desperation, panic?) we have some of that mischief here.

It seems that infotainment screen shape and outline arrived from BMW’s shelf, while its controller doesn’t seem, rather it is almost exactly as one seen in Lexus’s models. Fortunately, 7-inch unit has Apple CarPlay and Android Auto (but no navigation), and tech is further elaborated with head-up display and 360-degree camera.

Not much choice with engines, only one is available, and unlike its brotherly SUVs, Eclipse met a turbocharger. With the help of that, 1.5-liter L4 push 161 hp and 184 lb-ft of twist which slightly lags in power compared to brand’s 2.4-liter L4 naturally aspirated mill (by 5 hp), but it does bring more torque (+22 lb-ft) which is easily accessible (at 1800 rpm vs 4200 rpm). The engine is paired with not best-tuned CVT automatic, it will probably propel Eclipse in around 9 seconds to 60 mph, while fuel efficiency should circle around 28 mpg combined, and that being a better figure than those in Outlander and Outlander Sport.

AWD exist as an option, which you should consider as it alleviates partially overly present understeer, but there is nothing to diminish completely dead steering wheel feedback. To sum up, Eclipse Cross is a good one compared to brand’s own products, arguably not so much compared to other badges. Still, aspirations for some form of progress from this Japanese label are evidently present with this thing, despite they are also joined by some shoddy decisions…

Brutish force or sophisticated strength? Tuxedo or leather jacket? Flamboyance or silent wisdom? Your answers to those questions provide an …